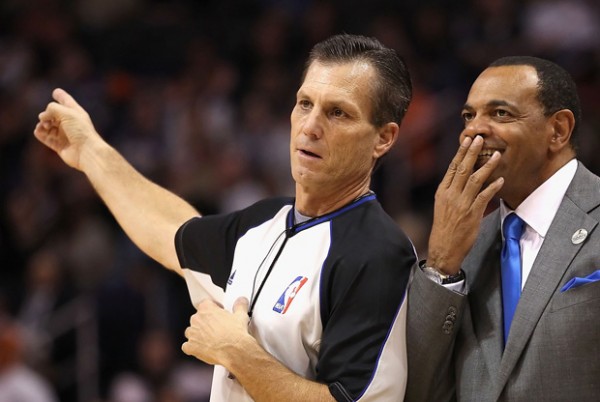 Washington, D.C. is a beautiful city. There's the history. There's the culture. There's the late Chuck Brown. There's the ever-evolving demigod Robert Griffin III who, somehow, in less than a half a season has etched his claim as the most beloved athlete Chocolate City has seen since some guy named Sean Taylor. There's the sex, drugs, lies, controversy and video tape that is politics. There's Stadium, if you're into those sort of establishments (I am). And certainly not to be forgotten, there's mambo sauce.

I can't speak for every resident of the DMV. Yet, "Lucky Star" - located only a few blocks away from FedEx Field - is a national treasure. It isn't in D.C., but I'm only about 20,000 signatures short from taking this petition to the Capitol in hopes of making this hood spot a national monument. The place stays open til 5 in the morning, resulting in the perfect hangover elixir food.

"Three piece with fries. Drown in mambo." That's all that needs to be said to the small Asian lady who runs the place. Within 10 minutes, the order's there. Completed. And correct. Such consistency is easy to be taken for granted. It's human nature. We want to feel comfortable because we like feeling comfortable. The only time I've ever cared who cooked my food there was when my order was wrong.

The same logic applies to being a referee in sports. Call a game perfectly, no one ever knows you're there. For a cook, prepare a meal perfectly and no one ever cares to know your name. Call a controversial penalty and you're the scapegoat for an entire fanbase, country and media monster (what say you, replacement refs?). For a cook, mess up somebody's order and all hell breaks lose. Being a referee isn't an easy job, but someone has to have the balls to do it.

Perhaps the name Greg Willard rings a bell. Perhaps it doesn't. I'm not judging either way because until a week ago, I had no clue who he was. Then again, it's not like I had a reason to. He is an NBA ref who does his job and by all accounts does it quite well. He's run up and down sidelines for years covering superstars like Shaquille O'Neal, Kevin Garnett, Kobe Bryant, LeBron James, Chris Paul, Derrick Rose and the list goes on.

His story sticks out for one explicit reason. Willard's battling pancreatic cancer. I'm a sucker for anyone battling cancer. I hate the disease more than I hate anything in this world. And let me tell you, I truly loathe traffic. Hell, ask Kenny, he'll tell you. We had a brief conversation about the disease as we accepted breast cancer ribbons from volunteers in Baltimore before the Ravens/Cowboys game a few weeks ago. I hate the effects it has on people's bodies. I hate the pain that it causes families. I hate the fact billions and billions and billions of dollars have been donated to the research of it and there's somebody holding a loved one's hand right now with tears in his or her eyes watching that loved one slip away. I hate the fact that the disease took my uncle from me in 1999.

I've got love for Greg Willard (and anyone putting up a fight for that matter). Life's all about living for the moment, and regardless of the hurdles, life still needs to be lived. It's why hearing Willard mustered the strength to officiate a Lakers-Jazz game last week was such a moving story. People live their entire lives searching for what it is they're "supposed" to do. Their calling, if you will. Willard's was basketball. So internalizing the fact Willard stepped on the court for his last game, his immune system currently involved in a civil war with the enemy, Greg was doing what he loved.

Maybe he felt at home because, unlike cancer, he can control the game of basketball to a certain extent. Even Kobe Bryant recognized the magnitude of the moment. "Honestly, tonight, I wanted him to 'T' me up for old time's sake," Bryant said following the Lakers' loss, which seemed everything but important at the time. "I didn't want him to have any kind of special night. I wanted it to be just like it's always been. I wanted to drop a couple of F-bombs on him. I wanted it to be like how it's always been. That's the best way."

Love Kobe, hate Kobe, do whatever for Kobe. In this case, Kobe couldn't have been more on the money. According to the American Cancer Society, roughly 43,920 people are diagnosed each year with pancreatic cancer and 37,390 of them lose their life because of it, or in the ballpark of 85%. Or from another vantage point, 15% go on to beat the disease.

Look, the last thing I'm trying to do is write Mr. Willard's eulogy while he's still breathing. That's disrespectful to him, his family and his faith. It brings me back to sitting in a Richmond hospital with my uncle in November 1998. Just he and I in the room looking at TV, he turned to me. I'm assuming he saw the tears in my eyes. He looked at me, smiled, laughed and said, "Hold on now. I'm still here. Don't do all that just yet. Let's laugh at this TV. I ain't outta here yet."

And you know, for as long as I'll live, I'll never forget that conversation with my uncle. All two hours of it. It was one of those rare moments when, even as he and I both knew what the end result was going to be, everything just felt right. In that moment, everything felt normal. It was like being back at his D.C. apartment off Constitution Ave. watching re-runs of Martin and The Jeffersons. Those small breaks in life, the ones we hardly recognize on a day-to-day basis are the ones which craft the soundtrack to our lives. The ones we'll look back on in our old age - if we're lucky - and smile at. I pray Greg has more moments like this with his family than I had with my uncle. And most of all, I pray he makes a full recovery, returns to the NBA and officiates games so I can fail to notice him again. And again. And again.

Because, like Kobe said, that's how it's always been. That's the best way.

5 Replies to “Fighting For Possession: The Greg Willard Story”