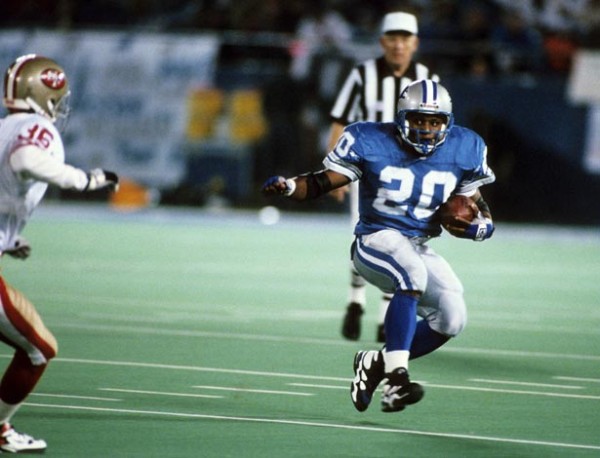 The '90s had the L.A. Riots, as well as a buffet-esque amount of classic albums. The '90's had the most famous blow job in the history of mankind (Clinton-Lewinsky). The '90s had classic television sitcoms (Martin, Fresh Prince, Seinfield etc.). The '90s had a mother and young goon such as myself in tears when Torres died on New York Undercover. Seriously, that's one of the saddest moments in entertainment history, and that will never be up for debate.

What I'm trying to say is that period of time was incredible.

There were disappointments, too. Hip-hop has never recovered from Pac and Biggie's murders. The death of the sitcom brought forth the reality TV stampede where completely talentless people are awarded for getting drunk and fighting while in front of a camera. Saturday morning cartoons cease to exist. The NBA on NBC theme music is subjected to mere YouTube searches nowadays. And, since this is a sports-related website, some of the decade's biggest names never lived up to their meteoric billings.

You know, those players who defined periods of your childhood/early teenage years to the point where the posters hung on the wall and you chose their numbers in little league. All the stuff that'd be associated with "stanning" or "dick-riding" in today's landscape. These were the players who commanded attention. They were just as much apart of your childhood as summer camps and the enjoyment of the last day of school brought. The following three names were apart of the holy trinity of naked fingers (meaning they never won a ring). I'm sure I left off a few, but I can't imagine removing any name here.

A case could be made Barry Sanders is the greatest football player to ever live. But you'd also have to digest the fact Barry never played with an exceptionally  good quarterback or team (to his credit, Scott Mitchell's '96 season was impressive). And then you'd get even more depressed knowing Barry Sanders played in one NFC Championship (a 41-10 loss to Washington in 1991) and never sniffed the Super Bowl. And then you'd consider taking a swig of bleach when you remember he had 1,491 yards and started all 16 games his last year in the league in 1998. With the greatness that was the Dallas Cowboys in the early-to-mid '90s, Emmitt Smith receives the Tins Medal Of Honor for his play in big game after big game during those years when the words "Cowboys" and "Super Bowl" went together like "Rihanna" and "amazing sex."

Still, I'd be lying to you if I said Barry wasn't the best running back in the league if, for no other purpose, that he revolutionized the position. He was the quintessential Detroit superstar given the fact he never spoke more than  needed. Instead, he showed up to work, did his job and clocked out. The man retired when he was 30 years old and seemingly in the prime of his career for reasons none of us are actually aware of. Where's 30 For 30 when you need them?

Dream Scenario: If Barry Sanders plays roughly three to four more seasons at the level he was playing when he retired in '98, there's a good chance the all-time rushing record is out of reach and a shot he eclipses 20,000 career yards. In this dream world, Barry does just that while getting the Super Bowl ring that avoided him his entire career. What year does he get it? Doesn't really matter, as long as it was after the 1995 season.

Even to this day, KG24 remains my favorite baseball player of all-time. His shoes were dope and the Home Run Derby he won in Camden Yards with his hat turned backwards is an underrated badass moment whenever badass moments in sports are mentioned. Also, there isn't a kid who played any form of baseball - from organized to backyard pick-up games with a plastic bat and ball - who didn't attempt to mimic his batting stance and swing. If Biggie Smalls had the best flow that rap ever witnessed, Ken Griffey's swing is the Notorious B.I.G. of its ilk, and I'll go to the grave saying this. I batted lefty, too, and let me tell you that whenever I connected on a pitch, I'd strut to first base just like Griff. And keep in mind, I'd do this for singles, so I had no business being on anybody's baseball diamond (or backyard).

In the '90s, it was all but written in stone that titles would flow his way. The Mariners' upset of the Yankees in 1995 felt like the year he'd get to the mountaintop and his 1997 campaign (56 HR's, 147 RBI's, .304 BA and a Golden Glove) is still a non-steroid stamp for near perfection on a baseball field. I couldn't quite explain it at the time, but signing with Cincinnati was the beginning of the end, as I never saw the baseball player I grew up idolizing on a consistent basis after the 1999 season.

Dream Scenario: Griffey, after going 0-3 in Game 7 of the 1997 World Series versus the Marlins, steps to the plate in the top of the ninth down one run. Alex Rodriguez (the A-Rod everyone loved) sits on first base after drawing a walk. With the count 3-1, KG24 turns on a breaking ball and plants into orbit to the right field upper deck. In the bottom of the ninth, Griffey has a Willie Mays-like moment with a miraculous catch stealing a would-be home run from Gary Sheffield securing Seattle's series victory and one of the all time great clutch performances in W.S. history. 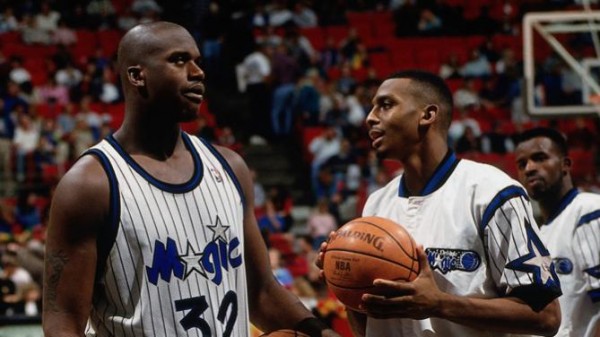 I wore #1 when I played little league basketball because of Penny. Jordan's #23 was available, and I would've gotten it too had it not been for me being unable to hold my bladder during basketball tryouts. Still, Penny to a young kid in the mid '90s was everything. Nike devised a genius marketing campaign resulting in some all-time great commercials from a brand that has had iconic clips in its day. On the court though, the combo of he and Shaquille O'Neal had all the potential in the world to make Orlando a team of the future, pretty much what Oklahoma City is now. They made it to the Finals one year, beating Jordan, Pippen and the Bulls (granted, it was MJ's half season) and lost in the conference finals the next year. Believe it or not, those Orlando Magic teams were flirting with greatness quite heavily. And not that this has anything to do with anything, but Blue Chips is one of those films to keep in your back pocket whenever the topic of great sports movies comes up.

That being said, Shaq obviously saw something the world didn't or has the greatest timing known to man. Penny was the most popular point guard in the league for a three-year stretch (with all due respect to Gary Payton). When looking at the scope of his career, however, it's largely remembered for his first three seasons. Here's something equally as depressing as the Barry Sanders paragraph you read earlier: after the 1995-96 season (Shaq's last), Penny only played in 75+ games once for the remainder of his time in the NBA, and that was 2003-2004 when he swapped time between Toronto and New York.

Yep, when people praise Penny for how ill he was in the '90s (and he was), they're really only speaking about his first three (maybe four) seasons. Everything after that was injury-scarred. On second thought, this applies to Grant Hill, too.

Dream Scenario: I made mention of this on The Smoking Section the other day. Let's say Shaq never leaves Orlando for Hollywood and Penny never gets stuck with the injury bug. Penny and Shaq win titles, and I don't think there's any doubt about that. Vlade Divac is never traded to Charlotte which means Kobe Bryant is a Hornet, thus changing the trajectory of his career and basketball history as we know it. The duo in Orlando goes on to become one of the greatest guard/big man combos the game has ever seen.

And maybe, just maybe, we get a Blue Chips: Reloaded out of the deal.