From head-spinning game winners to ankle-breaking crossovers, Trae Young’s rookie campaign wasn’t just sensational, it was historic. It supplied electricity not limited to just the Hawks, but to the entire city of Atlanta. The hype was more than real and the league was rightfully put on notice.

But Young wasn’t the only one lighting it up for his new city. Luka Doncic, Young’s rookie rival, was putting on a show of his own for The Lone Star State. Doncic’s game was mature, as he had just entered the league hot off the heels of an MVP campaign for Real Madrid in the EuroLeague. 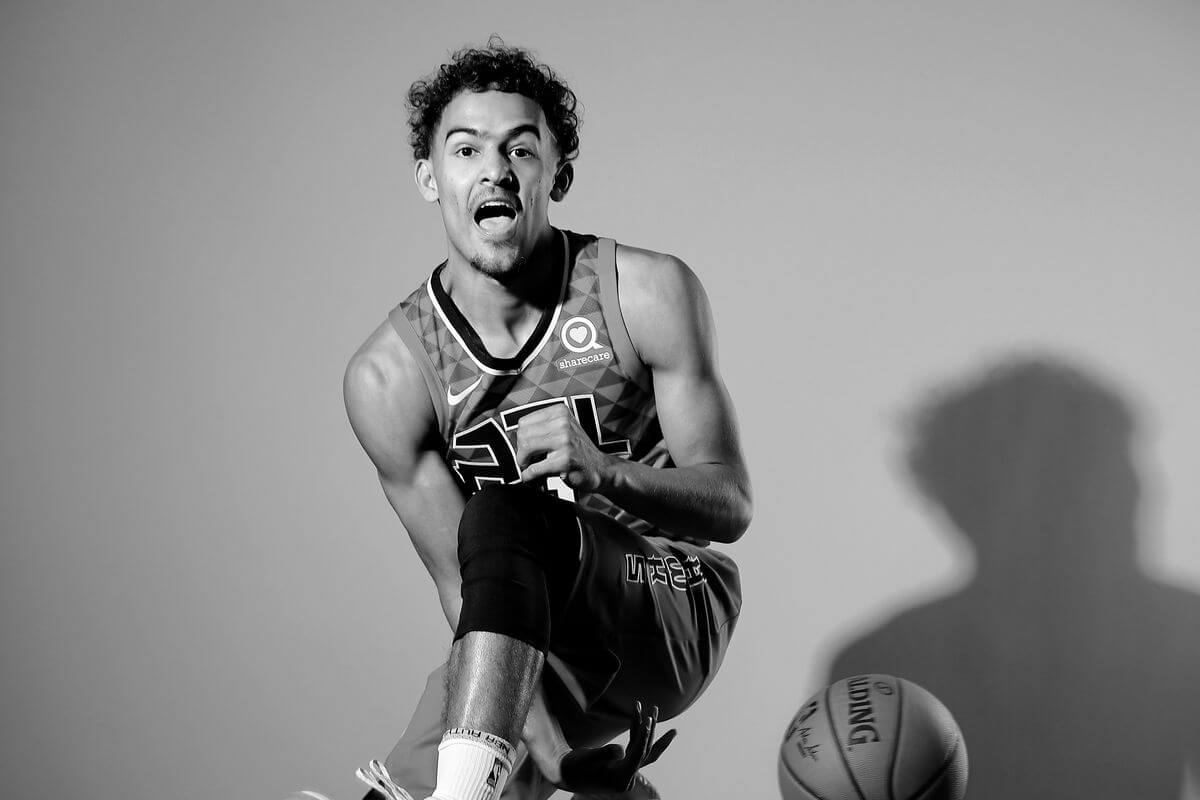 In just his third NBA game, a duel against the LeBron James-less Cleveland Cavaliers, Young joined Stephen Curry in the history books. Scoring 35 points and doling out 11 assists, Young became the first rookie to drop at least 35 points and 10 assists in a game since Steph back in 2009.

Doncic jumped out to quicker and more hollowed start. But it wasn’t until Young’s post-All-Star-break sprint that he truly caught up to Doncic in the race for rookie of the year.

He one-upped himself in a quadruple OT thriller against the Chicago Bulls on a Friday night in Atlanta on March 1. Scoring a whopping 49 points and handing out an impressive 16 assists, Young joined the GOATs in the record books, becoming just the third rookie in the last 40 years to achieve a stat line of at least 40 points and 10 assists in a game. The other two are Michael Jordan and the aforementioned LeBron. Good company, to say the very least.

Young also joined Oscar Robertson as the only rookies to score 1,500 or more points and toss 600 or more assists. Considering Oscar achieved this in the 1960–61 season, this stat is utterly and completely insane.

And if you want to compare Young to the former EuroLeague MVP in Texas, you can do that, too. Young led all rookies in total points (1,549) and assists (653). Doncic was second in both categories - points at 1,526 and assists at 429. 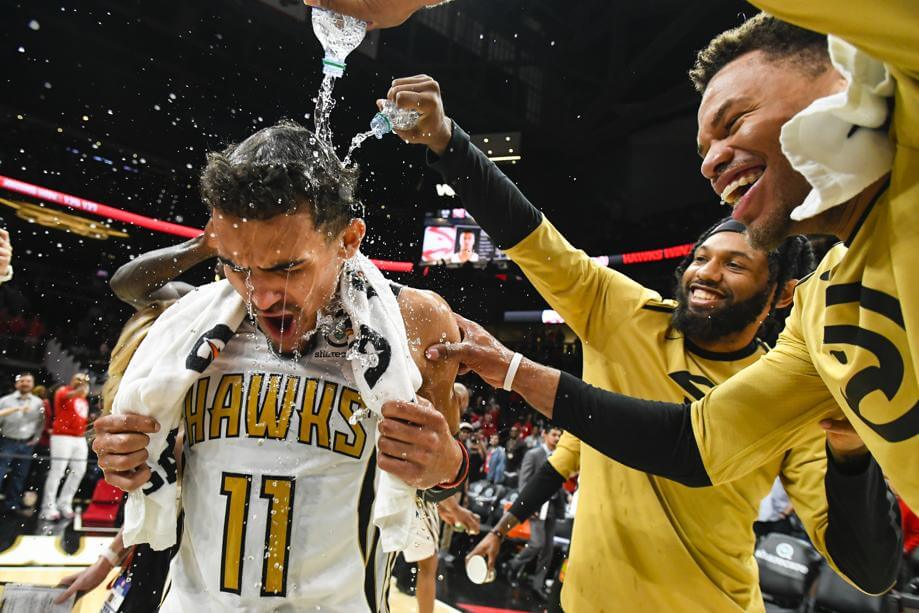 Young played in 81 of 82 games. And the one game he did miss was for “load management”, a trend that seems to be on the uptick all over the league. Doncic played in 72 of 82 games. I know what you’re saying.

“But Young only played in nine more games than Doncic! It shouldn’t matter!”

But it does. By playing in nine fewer games than Young, Doncic missed out on a potential 738 minutes or 12 hours of basketball. That’s 12 hours of on-court time that Doncic wasn’t at the ready, and, a lot of the time, it was due to injury. Of course, Doncic wouldn’t have been on the court for those all of those 12 hours. But it’s about being ready; it’s about being available. And Young was both of those.

Young has garnered respect from the league's best 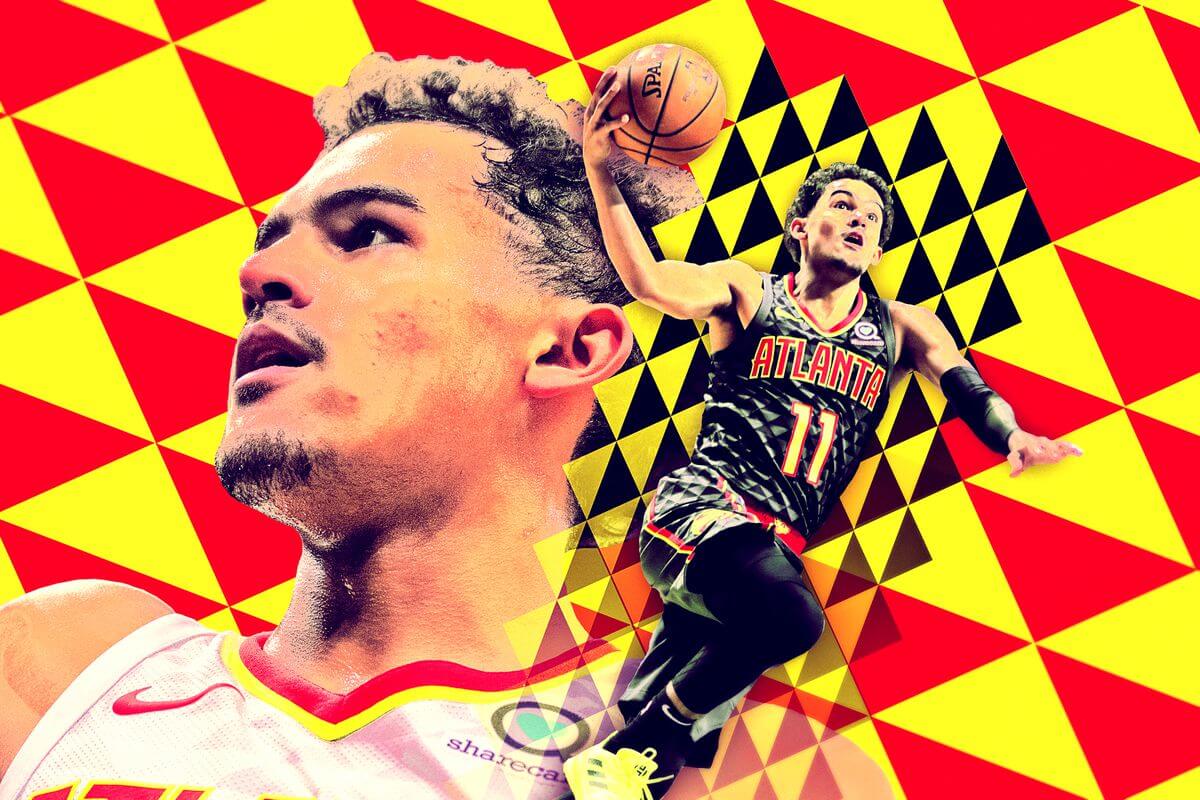 From Utah Jazz standout Donovan Mitchell to former Lob City conductor Blake Griffin, both young guns and veterans are calling for Young to win Rookie of the Year.

It must be his fearless play style, capitalized by his ability to sink threes from the mid-court logo with ease. Or maybe it’s the game-winners. It could be his leadership and maturity. It’s a possibility the broken records that have opened the eyes of players and fans alike.

Whatever it is, one thing is for certain: if Young doesn’t win Rookie of the Year behind the step-back king that is Doncic, he won’t be far behind. Trophy or not, the Hawks, its fans, and the city of Atlanta has a lot to look forward to.

The Trae Young era is just getting started.