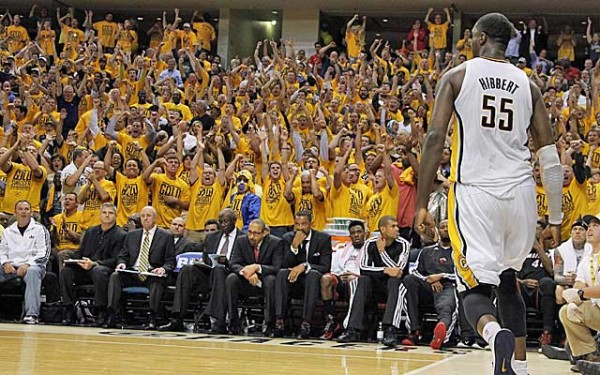 On the latest edition of The UC Show, Ed leads off by admonishing Tinsley and Kenny for his assertion of disrespecting the Indiana Pacers, their head coach and everything they stand for with their proclamation on last week's show that the series would end in four games. Never one to back down though, Tinsley retaliated because he's a real man and he doesn't back down from being attacked. Later, after being prodded by peers, Kenny did issue a public apology to the Pacers, but it did not come without warning. It led to a spirited exchange on the radio with high spirits all around.

After that, the three amigos each gave rationale for the best sporting event to attend live, and The Rev even called in to give his two cents as well as discuss his recent Shock the World excursion to Fenway Park to watch his beloved Philadelphia Phillies take on the Boston Red Sox.

The show concluded with questions and confusion galore about the recent hirings at Rutgers University, and just as the show was about to end, an unexpected rant turned into another spirited tirade from two members of the three-man weave.