The grandeur of the event could not be missed.

It may have been the fact that a basketball game was held in a dome, a football stadium and on a court that looked smaller than usual in the middle of the vast converted field. It may have been the eye candy that was the grandiose stage, but a deeper look showed it was so much more.

On Monday night, as North Carolina took on Villanova for the men’s basketball championship, the fitting irony inside the stadium was also unequivocally clear.

That’s because Houston’s NRG Stadium is the home to the Houston Texans. The near-72,000-seat stadium was publicly funded by the city, which doled out nearly $200 million in public money prior to its opening in 2002.

Fourteen years later, the stage was as large as ever for these so-called student-athletes. Yet it was fittingly unseemly that the unpaid labor that fills the pockets of universities and executives was forced to conduct a game inside an arena that stood as a literal symbol for the wealthy taking even more from the public.

That was the most obvious reminder that money is above all for the NCAA — a message it vehemently tries to subdue and control through its words but a message that is nevertheless as clear as the light of day through its actions.

Open your eyes and watch elsewhere besides the ball and the subtlety becomes quite the opposite.

Direct your eyes toward midcourt and you see the bright signage underneath announcers and media members displaying the logos of advertisers. And it’s not just one constant logo, but a changing electronic board that went from Coca-Cola to AT&T and Capital One.

Pay attention to the players and you see them decked out in Nike gear, which sponsored each of the schools in the Final Four. From the jerseys to the sneakers, the branding is unmistakable. Their names adorn the back of the sleeveless shirts on the court but never at the bookstore or at the department store because schools cannot sell them with the athlete’s name, according to NCAA rules.

Newsflash, NCAA: Everyone knows No. 5 is Marcus Paige.

Watch the commercials. They’re not as prestigious as the Super Bowl ones, but you’ll see Buick on your screen — the official car of the NCAA, of course. You’ll see the official candy of the NCAA, Reese’,s and even the official insurance agency, Allstate. Officially, they will all pay a lot of money to the NCAA to be one of the so-called “corporate partners.”

Even more telling are the ads for shoe companies and apparel. You won’t see the athletes you see in the game, but instead you’ll see Derrick Rose, LeBron James and Steph Curry. That’s because college athletes are not allowed to profit on their own images while they are under the institutional control of schools that have no qualms with making millions off of them at the same time.

Jump on Twitter and you’ll see a tweet from ESPN business reporter Darren Rovell on how the NCAA trademarked the phrase “The Road Ends Here.” Owning players’ time and skills isn’t enough. The NCAA also wants ownership of the English language, it appears.

If you make it to halftime, make sure you peel your eyes or you just might miss that the AT&T halftime show. “AT&T at the Half” is indeed presented by none other than AT&T.

The bow that ties this fortuitous image up neatly is, of course, the Werner ladders that the winning team, donning hats that will be sold everywhere, uses to cut down the nets. Don’t worry, Werner is indeed the official ladder of the NCAA. God forbid any of the athletes fall and get injured, though. Because there goes their chance at the NBA, an actual profit for their talents and any shot at making a living off what they have invested countless of hours in.

Ah, yes, the hours. Don’t think this basketball escapade is a game-by-game ordeal only. See, the average NCAA athlete in football or basketball spends over 40 hours a week dedicated to his or her sport. This number falls on top of classes and a possible part-time job players can try — emphasis on try — to squeeze in if they truly need the money.

That’s 40 hours of unpaid labor that culminates in each Final Four school bringing in over $8 million after the NCAA creates over $1 billion in revenue just on March Madness TV money alone — not a penny of which any of the athletes who are the focus of the tournament will see.

The NCAA constantly berates us with the rhetoric of education and the formation of the student-athlete into an adult. It believes that if it spells out that false mantra over and over again, it will coerce people to believe in it. To an extent, it has worked.

But for those whose eyes have been glossed over with the fallacy of college athletics, I say, again: Open them. Watch what is around the games. See how you buy the jerseys, the tickets, the flags with the players and team in mind, knowing deep down they won’t receive a dime for their performance.

The NCAA may say it has athletes’ well-being in mind, but that’s only if said athlete is his or her own money-making machine. Those in charge will deny it, refute it, diffuse it, but the truth is that sometimes actions speak louder than words. In the case of the NCAA, its words say student-athletes above all, but its actions clearly mean money first.

This article was republished with permission from USC Annenberg Media. 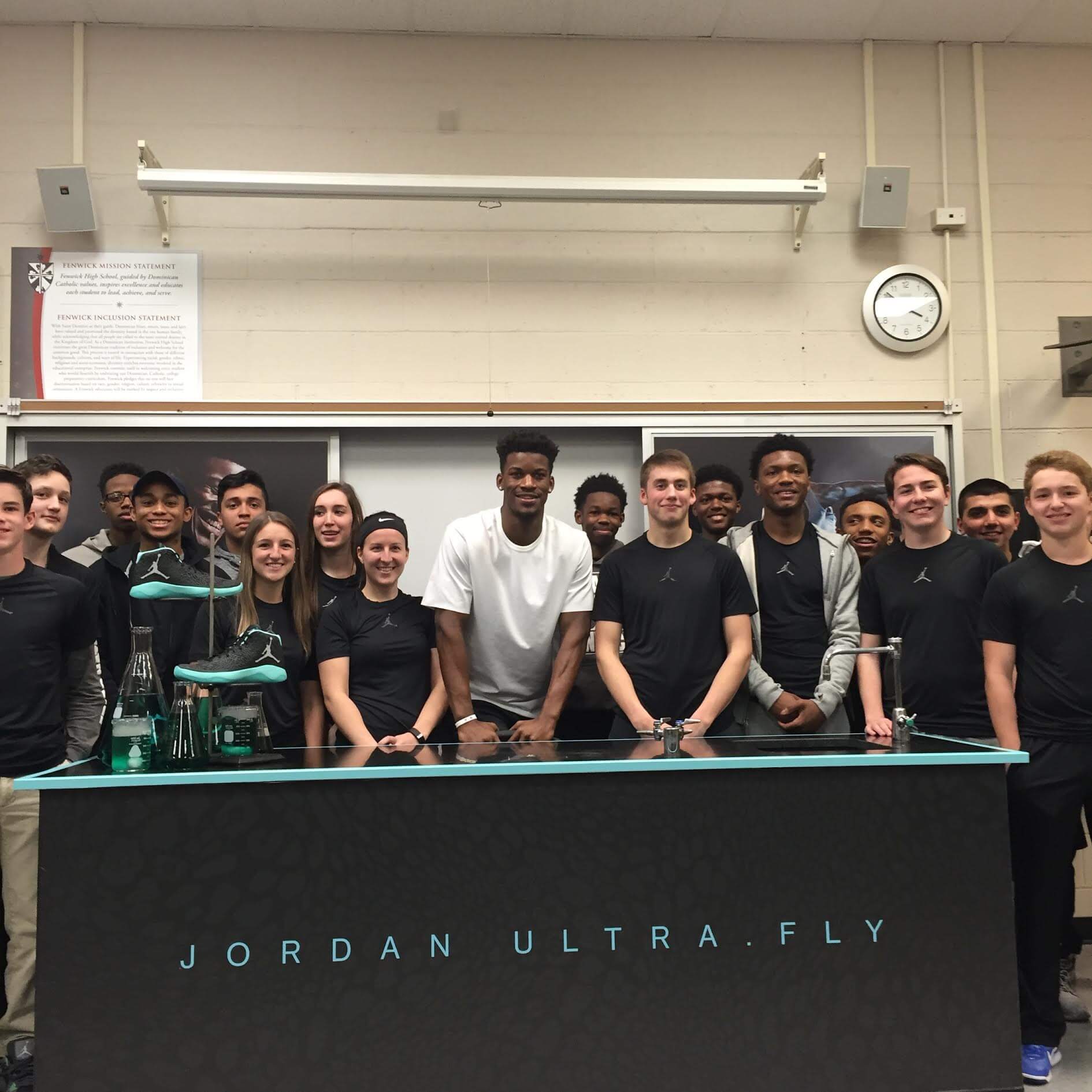 Basketball Jimmy Butler Loves The Kids And The Jordan Ultra.F…
0