The NBA odyssey of Kyle Lowry is that of someone that ended up in China or back at his mom’s house talking about what could have been and what should have been with no idea what will be, not of an All-Star starter and a man with a $200 million contract on the way in his future.

Twenty years from now, Lowry will get flown to Toronto to be honored along with his teammates for all the success of the Raptors of this era. The locals will speak fondly of the Lowry and Demar DeRozan team that outdueled the likes of Dwyane Wade and Paul George in Game 7s and even pushed the great LeBron to the brink in an epic six-game series. The Bismack Biyombos and the Norman Powells of the world will become folklore for Raptors fans. The highlights of the series will be in the pre-game marquee for years to come. Hell, Lowry’s No. 7 may even hang from the rafters some day, and he’ll be a legend in Toronto.

But nationally, the Raptors are abject failures. In the landscape where rings are valued beyond everything else — the result of the Michael Jordan era and the rings or nothing hyperbole — the Raptors are just another has been team that didn’t get it done. They may be the 2002 Kings locally, but they’ll also be the 2002 Kings nationally, a fun little team that shrunk when it mattered most and couldn’t beat the superpower of the day, a footnote on the Cavs and LeBron’s historical run, and nothing more.

As such, there is pressure for the Raptors to reset, to rejigger a team that isn’t good enough to beat the world champions, even though it’s good enough to beat just about everybody else in the East. The NBA universe has reshaped success, and made it so only one team is actually successful each year and everybody else is just Crying Jordan fodder. In truth, a 204-124 record the last four seasons is a success, and with Lowry and DeRozan still relatively young, they’re set to be successful for years to come. But without a tragic and widespread rash of ACL tears, the Raptors aren’t claiming the Larry O’Brien trophy anytime soon so now there is organizational pressure to possibly reconfigure the team on the fly.

The Kyle Lowry predicament is simple: Depending on what happens with Chris Paul, Lowry’s the best point guard on the market this summer by far. At 31 he still is in his prime — even if at the tail end of it — and remains effective. He’ll be worth the $207 million max-contract this summer but will he be in five years? If Lowry does re-sign with the Raptors for a five-year max, it’ll be the richest contract in the history of the NBA and give him a first year salary of nearly $36 million. Sure, Lowry will probably produce well enough to justify that next season, but what about in 2021-22 when he’s making $47 million at 36 years old? That type of cap figure attached to an aging former star leaves franchises hamstrung. Just ask the Knicks now or the Lakers of last year.

Lowry has expressed interest in exploring free agency and says he values rings over everything else, and most recently it’s been rumored that he’s exploring heading west to evade LeBron. If he decides there are no rings to be had in Toronto, he might be doing the Raptors a favor by skipping town, even if he pushes the Spurs or the Jazz into contention next year.

For Lowry, he stands in the envious position of truly being able to decide the fate of the rest of his career this July. If he re-signs with the Raptors, even at slightly less than the max, he’ll be solidifying the future of his family and friends for the rest of their lives, cementing himself as a Raptors legend and placing himself beside the immortal Vince Carter. But in doing so, he’ll stymie the franchise, as his deal and DeRozan’s own nine-figure contract basically make it impossible for the Raptors to rebuild or add more pieces to the puzzle. Serge Ibaka, P.J. Tucker and Patrick Patterson are also free agents this summer and will be seeking nice and deserved paydays that the Raptors simply can’t afford if they have Lowry in the fold. With Lowry and DeRozan as their core, the Raptors have peaked, and that peak isn’t high enough to win a title, no matter their regular season prowess. They’ve fizzled out late, time and time again, Lowry is injury-prone and DeRozan’s mid-range game is archaic and can be deterred in the playoffs. With those two the Raptors are gatekeepers — the team that’ll quell the buzz around an up-and-comer like the Bucks — but not contenders.

If Lowry is ready to ring chase, there are options, and for a player as tenacious and efficient as Lowry is — he shot a career high 41% from three-point range this year on a career high attempts per-game — he is a valuable commodity, even if just in the short term. He’s a shoo-in for the Spurs and their culture, where his minutes and health will be managed to best assuage his knack for nagging injures, and with Tony Parker’s own future in doubt Lowry is as good a replacement on the fly as there is for a team that might be headed to the Conference Finals in a week.

If that’s the case, Lowry’s Raptors career will end with a whimper, much like his Grizzlies and Rockets careers. He missed the final two games of the Cavs sweep with an ankle injury and watched his final Raptors home games from the bench. If history is any indicator, his next stop will start with a bang and Lowry will account for himself well. And if he stays in Toronto, well, that 20th anniversary celebration of the 56-win, No. 2 seed 2016 Raptors that pushed the great LeBron James to the brink, led by all-star starter and third-team All-NBA Kyle Lowry will be lit.

Even if there are no banners or rings.

An anti-social contrarian who hates everything you love, but loves everything you hate. I’m probably busy watching season 3 of The Wire, Game 7 of the 2016 NBA Finals or telling my kids to brush their teeth. 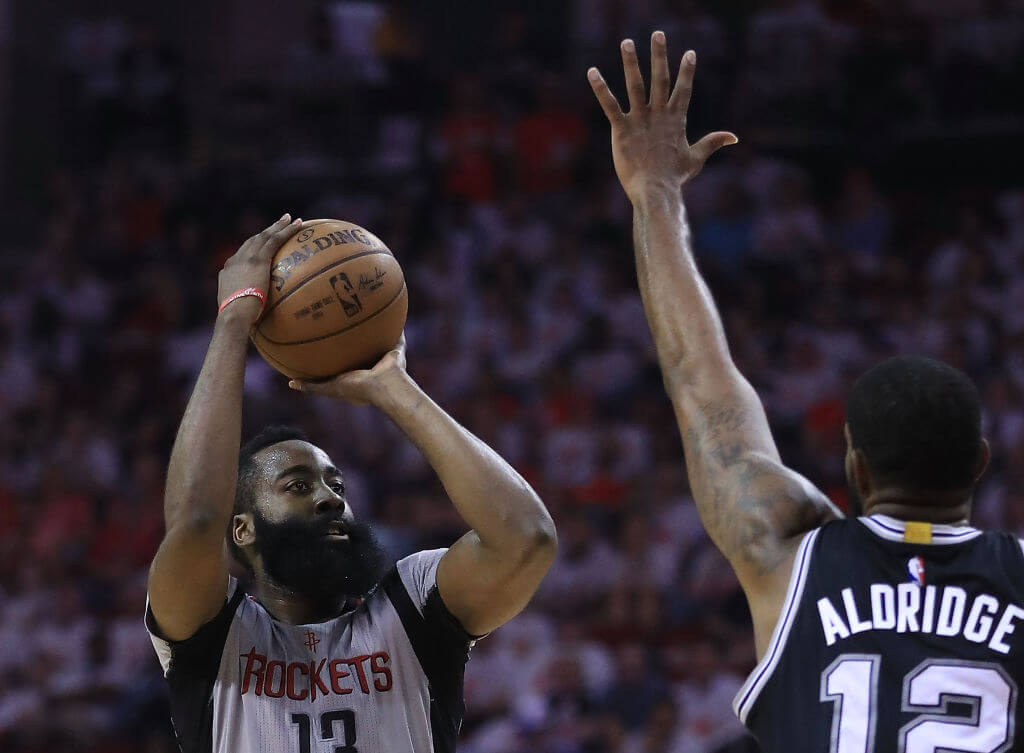