The Madness starts in earnest this week as most of the conferences begin their tournaments. The pressure will rise as teams battle for conference titles and invites to and better seeds in the NCAA tournament. It will be a fun week that will serve as the start of an even more fun month. Rather than give you the traditional chalk picks, we’ll dig a little deeper and provide some bold predictions and other things to look for during the final push to the Big Dance.

Logic would tell you that an Xavier-Villanova final is pretty much a foregone conclusion in the Big East. Second-place Villanova finished four games clear of the rest of the pack in the final Big East standings, with Xavier a game ahead of the Wildcats. These two squads have been dominant all season long and appear on a collision course in the title game.

But not so fast. Did you know that since the Big East restructuring in 2013, the conference tournament hasn’t produced a 1-2 matchup in the conference final? It’s true. But if Xavier and/or Villanova don’t make the title game, who will?

According to Ken Pomeroy, tournament #3 Seton Hall, #4 Creighton and #6 Butler have the best chance. If Xavier and ‘Nova win their quarterfinal matchups, the Musketeers could see Creighton in the semifinal, while ‘Nova would get the winner of Butler-Seton Hall. Xavier beat Creighton twice in the regular season, but needed a questionable foul call late in the game to escape the last meeting with the Bluejays. Meanwhile ‘Nova split the season series with Butler and managed a one-point overtime win over Seton Hall on February 28.

Xavier must also be wary of a potential quarterfinal matchup with St. John’s. The Musketeers beat the Red Storm twice this year, but by a combined 11 points. The Johnnies are essentially playing home games in Madison Square Garden, and the noon start time lends itself to weird things happening. Similarly, Villanova will likely see Marquette in its quarterfinal, a team squarely on the bubble and desperate to make a statement. The Golden Eagles played ‘Nova close this season, losing twice by an average of 6.5 points. Markus Howard and Andrew Rowsey are dangerous and will be hungry to crash the party.

Don’t be surprised if the Big East title game isn’t the matchup you expected.

There’s a lot going on in the ACC. Virginia is looking to secure the top overall seed in the NCAA tournament, while Duke has a chance to play its way onto the one line. North Carolina wants to show the world it’s ready to defend its title. Miami, Florida State, N.C. State, Virginia Tech and Clemson hope to improve their seeds, while Syracuse, Louisville and Notre Dame are playing for their NCAA tournament lives. With so many moving parts and so much at stake, the ACC tournament is rife with opportunities for chaos. So where could that chaos manifest itself?

With Notre Dame. The Fighting Irish scuffled when All-American candidate Bonzie Colson went down at the start of conference play. The struggles included a brutal seven-game losing streak, but it should be noted that second-leading scorer Matt Farrell also missed four of those losses. Colson returned for Notre Dame’s win over Pitt on February 28, putting the Irish back at full strength. They lost a close one to national #1 Virginia to end the regular season, a game in which Colson had 24 points and 15 rebounds.

With Colson back, it’s not a stretch to think that Notre Dame is closer to the team that was ranked as high as No. 5 earlier in the season than to the team that lost seven straight games. So, our bold prediction is that Notre Dame will make a run to the semifinals by handling Pitt in its opening game, Virginia Tech in the second round, and Duke in the quarters, earning an NCAA tournament berth in the process.

Let’s be honest, any prediction we make about the Pac-12 tournament is going to be a bold one. The infamous Ken Pomeroy tweeted that the Conference of Champions winning percentage field is the widest open of most of the conference tournaments – five teams have a 10% or better chance of winning it all. Hell, even the 12th-seeded team in the tourney, Cal, has a .02 percent chance of winning. Plus, with bubble implications for teams like USC and Arizona State on the line, T-Mobile Arena is about to be fuego.

That being said, look for a possible semifinal run by the fifth-seeded Stanford Cardinal, who closed out the season winning four of their last five games. Besides leading the conference in first names, Stanford’s Reid Travis is in the top three in the when it comes to scoring, averaging 19.6 points per game. Stanford also boasts a +5.2-rebounding margin, second in the conference behind UCLA (+7.0).  In the end, Arizona will most likely win it all which could be the boldest prediction of them all.

You can go ahead and copy and paste the above paragraphs if you are looking for information on the Big-12 Tournament. I call it the “Rule of 12” and it is similar to Murphy’s Law in that it is exactly like Murphy’s Law – anything that can go wrong, will go wrong.

King of the castle, Kansas has proven they are far from invincible despite having the talent and Bill Self know-how. But challengers like West Virginia and Texas Tech fell short during the regular season. Luckily conference championships are like your ex-boyfriend/girlfriend’s wedding – the perfect place to take advantage of the open bar and make a big, dramatic scene. The first-round games don’t mean too much in our opinion as we don’t believe any of those teams will make much noise. It’s the second day matchups that have us hyped: Kansas State vs. TCU and West Virginia vs. Baylor.

Watch TCU upset K-State setting up a fun Jayhawk-Horned Frog semifinal. It will be fun to watch TCU break its non-tournament appearance streak. It will also be fun watching Oklahoma State try to (and possibly succeed) upset Oklahoma. Fun fact: Trae Young averaged 35.7 points per game against the Cowboys this season.

Spoiler alert: ESPN’s Joe Lunardi projects that the SEC will likely send eight teams to the NCAA Tournament – that is more than half the conference. It is also the same amount the ACC and Big-12 are projected to send. So, there’s that.

But the way the SEC does business is “Rule of 12-esque,” like the eager younger brother trying to keep up. It’s still primetime drama, just more USA Network than FX.

How does all that relate to the conference tourney? Well, it grooves into the season-long narrative of unpredictability. Alabama is a team that will make some noise, despite losing its last five games of the season. We could also see South Carolina go on a nice little semifinal run. A Missouri-Kentucky second-round matchup would be fun, not just for local fans but also because Jontay Porter is on one from beyond the arc and Kassius Robertson is just on one.

The 2017-18 college hoops season has been a wild ride from the jump, and it only stands to get wilder. The fun ramps up this week, and peaks as the sport prepares to crown a champion. Enjoy championship week and stick with TSFJ for everything you need to know heading into and through the tournament.

[Have you not figured out our promo with the good folks at fuboTV by now? On top of all the good international sports, you can also catch the conference tournaments for the Big East, Big-12 and Pac-12, including deeper analysis with the Pac-12 Network.] 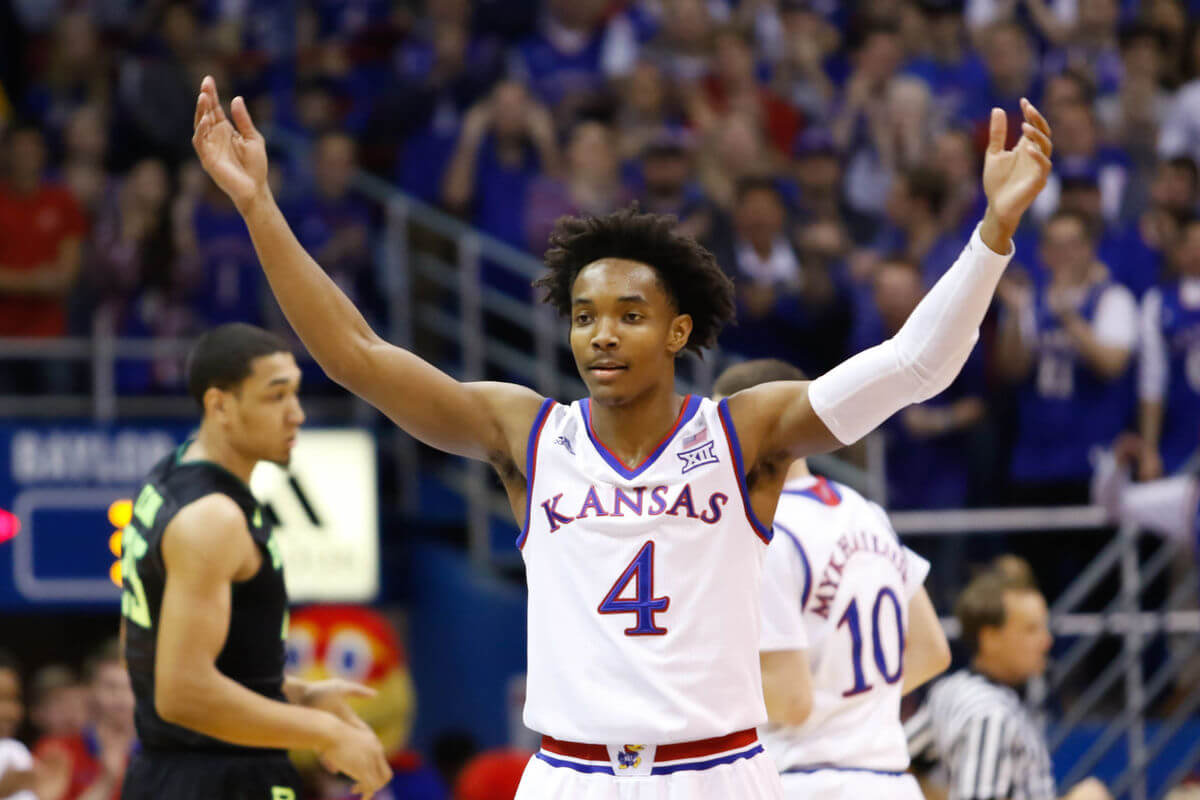 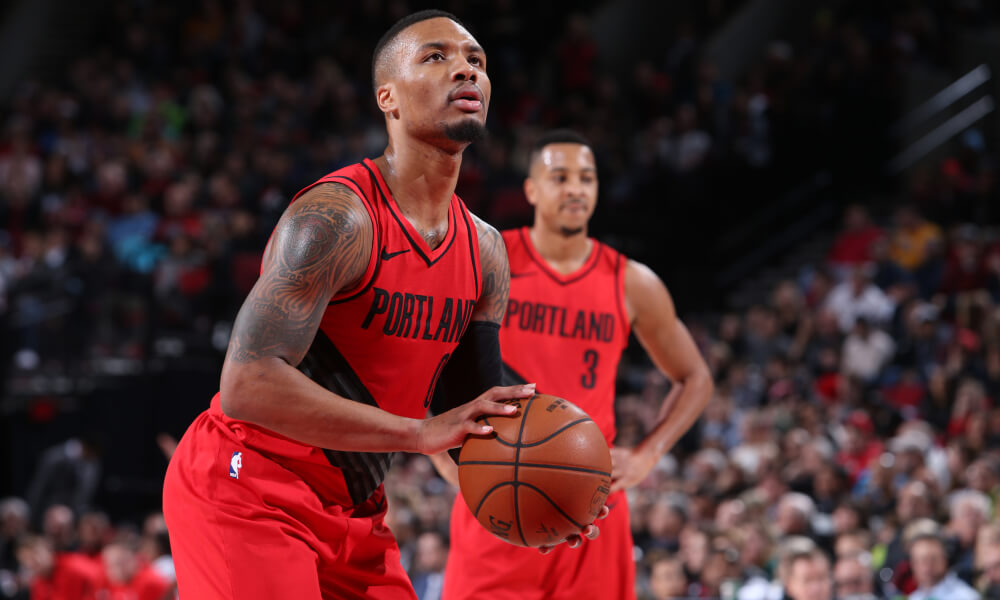