Each and every sector of die-hard sports fandom has a specific draw. Some are easier to justify than others. It’s easy to see why the average person can appreciate an easily digestible Finals highlight package, given the NBA’s elite on-court talent. Trying to explain the high stakes of the Finals, given the league’s new CBA, however? Not impossible, but still pretty daunting. Finding a way to keep casual fans invested when there’s no on-field action is where it gets tricky. The NFL has the combine, the Draft, and free agency to draw from. As a fan, college football’s offseason is undoubtedly THE hardest to justify.

The fact the league benefits from an unpaid workforce is enough to alienate anyone not near a major college town. Additionally, every summer there’s another report of one of the NCAA’s blueblood programs offering an eighth-grader a scholarship. The–again, completely rational–blowback comes from educators, parents, and coaches alike. Even though the offers aren’t official until the August before their senior year, as an educator I will attest that telling a 13-year old he’s set for the next 4-5 years of school can do terrible things to an adolescent mind. For D-1 coaches, however, this is the standard you try to meet every morning. As a journalist, however, there are a few silver linings.

With the brands and banter as a backdrop and a plethora of eccentric coaches, the college football season has always been entertaining enough. The prequel? Where the stars of the show are high school kids trying to figure out where to go to school. Would make for god-tier primetime television. This is before we even get to the sheer debauchery of on-campus visits and under-the-table shenanigans. Bag men make the college football world go ‘round. Their business is all based on what the off-season is all about: speculation. In Steven Godfrey’s piece for SB Nation, a bag man gives $500 cash to a recruit barely considering the school of his devotion. “It’s a waste of money, but they’re doing the same thing to our guys right now in [rival school’s town]. Cost of business.”

An added dimension is that knowing the other schools a prospect was considering gives birth to an infinite number of alternate timelines in the college football universe. In one timeline proposed by Bill Connelly, Tim Tebow chose Alabama over Florida. As a result, Mike Shula stayed with the Tide and Nick Saban stayed with the Miami Dolphins. Another example from ChopChat’s Jason Parker, teases us with a 1996 Florida State offense that featured Peter Warrick, Warrick Dunn, E.G. Green, and a redshirt freshman Randy Moss. While Moss didn’t end up in Tallahassee due to legal troubles, opposed to a mere change of heart, the general idea of what could’ve been is tantalizing enough. In a perfect world the athletes, the cartel and EA Sports could come to an agreement, so we could get NCAA Football 18 complete with historic rosters.

Speculation, drama, hypotheticals. This is a 24/7, multi-million dollar business. It’s to the point where Nick Saban has expressed his annoyance at the national championship media days because it takes away from valuable recruiting time. This past signing day, Dylan Moses — he who graced the cover of ESPN Magazine as a 15-year old and got verbal (not official) scholarship offers from Alabama and LSU as an 8th grader — finally enrolled in school. As long as American tackle football exists in its current form, the industry is here to stay.

Just a quick primer, as far as storylines go: Texas, along with California, is known primarily for being a quarterback state. Drew Brees, Andrew Luck, Matt Stafford and Andy Dalton call the Lone Star State home, while Cali boasts Aaron Rodgers, Derek Carr, Alex Smith and Carson Palmer. There’s enough money in these two states to sustain a specialized market of position-specific trainers. Florida produces some of the country’s premier skill position players, whether they came up in Miami’s famous youth leagues or chased rabbits in the muck of Belle Glades. Friday Night Tykes and Vice’s World of Sports gave a glimpse into the madness. The Midwest and South, agricultural regions with dense population hubs sprinkled in, churn out elite linemen. Georgia, always a solid producer of football talent, has surged into the conversation in the past decade, due to the Atlanta metro area growing 40 percent from 2000-2010. Seriously, it’s like a reality show for sociologists.

States like Alabama and Louisiana, that have one or fewer (in Louisiana’s case, had one until recently) professional team, tend to bear prospects loyal to the schools in their home states. Of course, there are always contrarians that defect to cross-state rivals. Transient states like Georgia, bordered by states that all boast top-tier programs who’ve won championships in the modern era, can be hard to lock down for a flagship university. The mid-Atlantic is a mixed bag, as very few of the flagship schools have been in the championship discussion in recent years. As a result, ACC schools are forced to recruit heavily against blueblood SEC programs. There’s a saying that essentially goes: when an out-of-state school offers a scholarship, they’re bidding on a boat. When a state’s flagship schools make offers to in-state prospects, for all intents and purposes, they’re buying the boat.

To avoid backlash, that offer must be honored, even if the prospect chooses another school. Former Georgia (now Miami) head coach Mark Richt made the mistake of rescinding a scholarship offer before an on-campus event in 2010. Originally the prospect, Devin Burns, and several teammates had planned to publicly commit to Georgia at this event. To his dismay, quarterbacks coach Mike Bobo inexplicably pulled the scholarship offer. The Dawgs were shortly banned from Burns’ high school. Relationships are everything.

Most importantly, however, the recruiting process is essentially the last time the student-athletes will have some control over their career until their NFL rookie contract expires. The elaborate hat-picking ceremonies are just a part of the game. If there’s any reason to emotionally or intellectually invest any time in a system that profits off of the free labor of a majority black workforce, it’s what an increasingly self-aware group of kids does with the brief moment of agency. Social media and recruiting sites have taken the blinders off some student-athletes. Though the rankings have little impact on their careers, these factors — in addition to the wealth of online resources to improve technique — give the modern aspiring athlete more tools to get to the next level. Even though the demanding nature of college athletics ensures a majority of student-athletes won’t have the freedom to maximize their academic potential, going for the opportunity is admirable enough.

With the efforts of outspoken athletes like Colin Kaepernick and the Bennett brothers becoming more visible, could one assume a more self-aware student-athlete might someday become a more vocal/philanthropic black professional athlete? One can only hope. In the meantime, the summer recruiting circuit is taking off. Nike’s The Opening combine is in full swing, the best of the best are going at it (without pads, for what it’s worth), and sites will be updating rankings in the coming months. Watch some highlight videos and start talking shit. 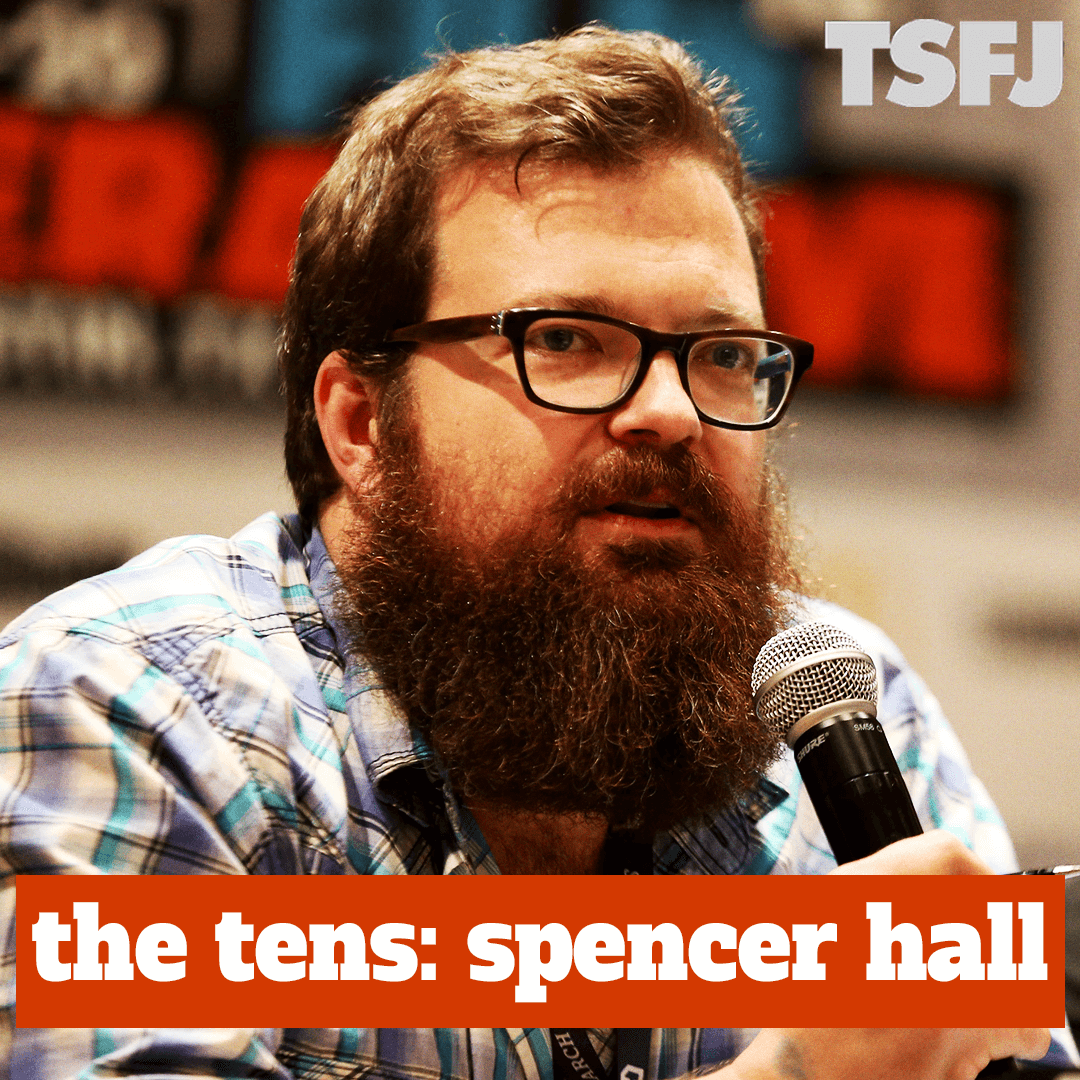 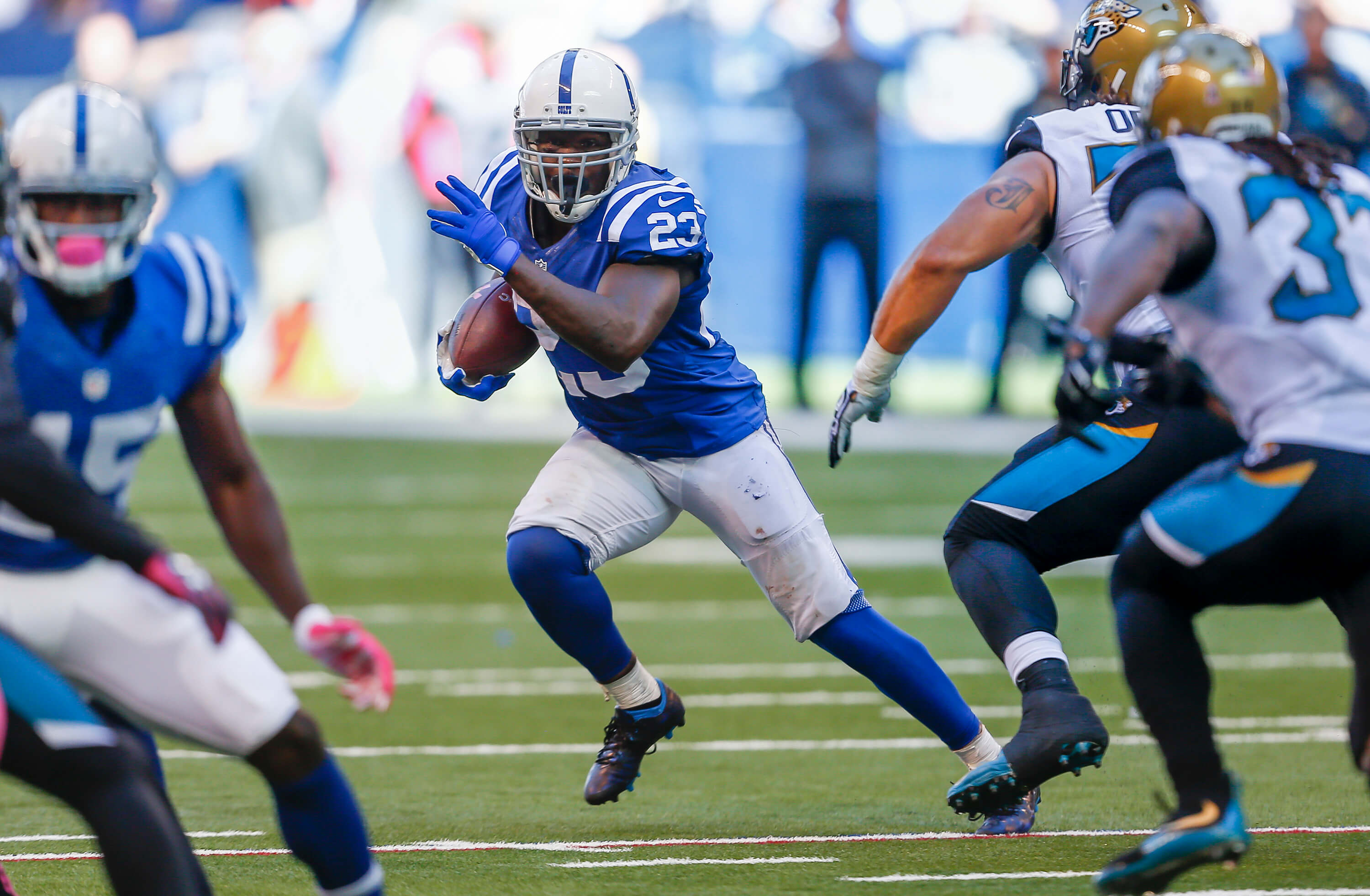 Football Frank Gore Is A Hall of Famer, Don’t @ me
0