It’s January, and the NFL Playoffs are finally here. The pretenders have been swept aside. The juggernauts are sitting at home on a bye, using their extra week off to rest up for the big dance. So without further ado, let’s dive into all four of this weekends games…

Just as the Football Gods offered the Bills two steps forward, ending a 17-year playoff drought, they also cursed them with one major step back. Buffalo’s offensive lynchpin, dynamic running back LeSean McCoy, hurt his ankle in the regular season finale.

As of Thursday, McCoy was out of his boot and walking around without pain, but his playing style is dependent on a lot of movement and cutting… very different than casually strolling about. McCoy’s status for the Wild Card game is up in the air, but even if he plays, it’s almost guaranteed that he won’t be 100%. It’s a huge blow to a squad that already ranked 29th in the NFL in total yards (and McCoy accounted for 33% of those yards). He also led the team in receptions and was their second-leading receiver with 59 catches for 448 yards.

If you’re going to be a run-first, non-threatening offensive attack, you’d better have an elite defense to fall back on. That is not the case for Buffalo; they were 26th in total defense, relying too heavily on turnovers (9th in takeaways) to shift the momentum in their favor.

One piece of good news for the Bills is that the turnover bug can bite Jacksonville QB Blake Bortles at any time. Bortles played well down the stretch in 2017, but he was back to his old ways in Week 17 (15/34, 148 yards, 4.6 YPA, 0 TD, 2 INT). Bortles’ most effective weapon as of late has been emerging deep threat Keelan Cole, who’s averaging 18.7 YPR since the bye in week 8, but he is still just a one-trick pony.

Jacksonville will roll with the same formula that got them to 11-5: running with Leonard Fournette, A LOT. Buffalo’s defense was dead last in the NFL with 22 rushing touchdowns allowed, so Fournette should eat. He eclipsed 1,000 yards as a rookie despite missing three games.

Jacksonville’s consensus No. 1 defense in the NFL gets an already vanilla opponent that now has its top threat operating on a bum ankle. As long as Bortles doesn’t implode, the Jags will roll to an easy victory at home.

The Falcons’ offense took a clear step back in 2017 with architect Kyle Shanahan leaving for San Francisco, but despite being extremely streaky, they still finished 8th in total offense. Matt Ryan came crashing back to Earth as the B/B+ quarterback he’s always been after an A+ MVP season in 2016. Ryan threw just 20 TDs this season, which is insane for an allegedly high-powered offense in today’s NFL… especially one that features the monster that is Julio Jones.

So what accounted for all that production if it wasn’t Ryan? The dynamic duo of Devonta Freeman and Tevin Coleman, to the tune of 2,109 yards from scrimmage and 19 TDs.

The Falcons also boast an underrated defense that is spearheaded by second-year men Keanu Neal and Deion Jones, ranked 9th in total defense and 8th in points allowed. Despite their uneven 2017 season, the Falcons are an undeniably solid team, and they will make this an extremely close game.

But as the old saying goes, close only counts in horseshoes and hand grenades, and this Rams roster is simply too stacked for the hit-or-miss Falcons to come away with a win. Matt Ryan & Co. must feel like they’re standing across from a bizarro version of their 2016 selves… a big-play offense that can run OR pass at will, coordinated by a young mastermind.

Todd Gurley’s production was almost identical to the Freeman/Coleman tandem: 2,093 yards and 19 TDs. The difference is that he’s one man, not two. Gurley is a legitimate MVP candidate, and this offense is funneled through him. Still, Jared Goff and his 100.5 passer rating must be respected, especially when he has three talented pass catchers to choose from. That’s what makes the Rams so dangerous… they can hurt you at any time, in multiple ways.

The Falcons have too much talent and experience to be a pushover (plus that guy named Julio), but Los Angeles has is even more talent-rich, which cancels out their lack of experience. Aaron Donald is the best defensive player in the NFL, and Goff is well on his way to having a better version of Ryan’s career. The Rams have been a juggernaut all season, and they’ll keep it going here.

Mark Ingram & Alvin Kamara saw the production of Devonta Freeman & Tevin Coleman and said, “Hold my beer.” The duo blew Atlanta’s tag team out the water, combining for over 3,000 yards from scrimmage. Both can catch the ball, and Kamara is one of the most explosive backs the league has seen in years (7.7 yards per touch).

Usually a run-based team has a Rex Grossman type QB whose job is to make the occasional play and not screw things up, a formula that has been successful in the NFL. So, what happens when your QB is a top-5 all-time player instead of Rex Grossman? Drew Brees has taken on a new role this season, with his fewest pass attempts since 2009, but it’s not an indictment of Brees… he STILL managed to throw for 4,334 yards. With two legitimate stars at RB and a Hall of Famer at QB, this is the scariest offense in the NFL.

The scariest offense in the NFL will be taking on one of the most frustrating. Cam Newton is arguably the greatest running QB in NFL history (he’s more thunder than Michael Vick’s lightning) but he is also one of the worst pure passers currently in the league. Newton completed less than 60% of his passes in seven games in 2017. In 2018’s NFL where 65% is basically the weekly standard, that’s unacceptable.

Newton is a coin flip every week to either be a three-interception disaster or score five total touchdowns and look like an MVP. There’s no rhyme or reason to it, it’s not based on opponent… he’s simply the most hot and cold player in the NFL.

Carolina has an impressive defense (7th in yards, 10th in points) but it’s hardly an immovable object. The Saints offense, on the other hand, is an unstoppable force.

Marcus Mariota was supposed to take a step forward this season, but instead he took two steps backwards, piloting one of the worst passing attacks in the league. Mariota had a 13/15 TD/INT ratio in 2017.

Head coach Mike Mularkey refuses to unleash Mariota in favor of a run-first game plan, but 50% of his backfield is a shell of its former self (DeMarco Murray). After a decent start to the season, Murray has averaged just 3.0 YPC since Week 5. The younger Derrick Henry is a beast in the making, but as of now he is too streaky to carry an offense on his shoulders. Henry can break a 75-yard run, but it’ll be followed by 10 straight carries of 2-3 yards.

Honestly, it’s shocking the Titans are even in the playoffs. They were an eyesore all season and have no truly interesting players to watch outside of Henry. Mariota has been an extreme disappointment in year three, and Tennessee’s middle-of-the-pack defense doesn’t inspire confidence despite a couple standouts like Wesley Woodyard and Jurrell Casey.

The Chiefs are the polar opposite of the Titans in terms of sexy playmakers. Tyreek Hill is a chunk play waiting to happen, Kareem Hunt captured the rushing title in his electric rookie season and reception machine Travis Kelce is the second-best tight end in the NFL.

Kansas City’s mid-season lull where they lost 6 of 7 games directly corresponded with their misuse of Hunt. Hunt averaged 22.6 touches during their 5-0 start and just 17 during the 1-6 skid. In Weeks 14-16 (the starters rested in Week 17) Hunt averaged 30.7… the Chiefs went 3-0. Worrying about overuse is all well and good, but Hunt is young. Keep feeding the beast.

That lull is far in the rear view mirror for KC. They’ve been excelling on offense for the past month, and we all know that going into the playoffs hot is all that matters. The Chiefs also have a mid-tier defense like Tennessee, so the question becomes: Which offense is more likely to take advantage of an average defensive unit?

So, there you have it. Not a big week for close calls or potential upsets, as there are some weaker teams who snuck into the dance as well as some legitimate superpowers who should impose their will. If my picks are correct, next week will be when the real fireworks kick off, once the teams like the Patriots and Vikings get in on the fun. Playoff football only lasts for five weeks a year, so enjoy it, and stick with TSFJ for all the coverage you’ll need.

Breaking Down Wild Card Weekend In The NFL 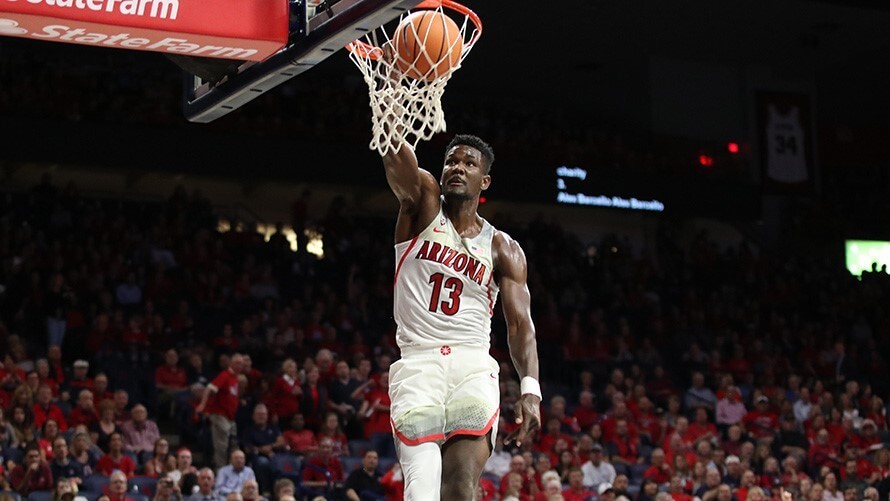 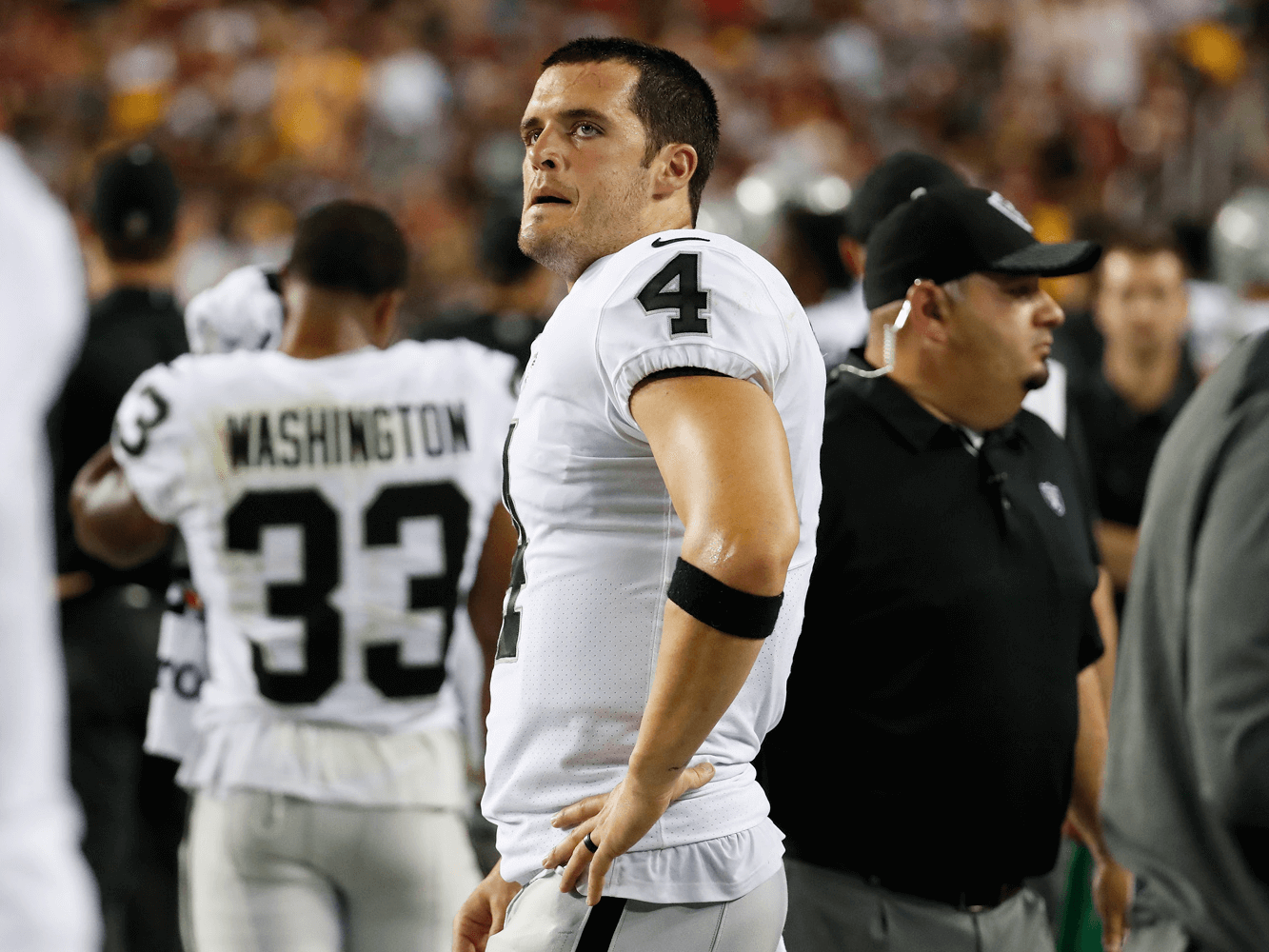 Football The Kaepernick Rankings: Will The Real Derek Carr …
0