I almost stopped watching sports. While I love and appreciate the competition and athleticism, I was conflicted about the financial exploitation of athletes and the moral ambivalence surrounding domestic abuse and sexual assault. There are moments of moral outrage about these issues, but complacency sets in because, well, we love our teams.

Part of being a responsible sports fan is acknowledging the complexity of moral issues in athletics and becoming educated about where they come from historically. So if you want to be a thoughtful sports fan this season, there are three sports books you need to read.

I cannot overstate the importance of this book. Published in 2006, William C. Rhoden examines the history of black professional athletes with clarity and care. What is particularly noteworthy is how he pushes back against the narrative of rich, black athletes as not having a reason to complain. He points out that one can be rich, famous and exploited.

He convincingly argues that integration in sports (something we celebrate in films like "Remember the Titans" and "Glory Road") actually worked to the disadvantage of the black community. He points out that it opened the white sports world up to a huge pool of cheap black talent ready for exploitation but destroyed “black industry," practically eliminating every black person involved in sports — coaches, owners, trainers, accountants, lawyers, secretaries and so on — except the precious on-the-field talent. This is why we still see disparities in who holds positions of power in collegiate and professional sports. This book should be required reading for any sports fan.

'The System: The Glory and Scandal of Big-Time College Football'

College athletes are exploited. Billions of dollars are generated off the backs of kids who are not paid for the services they provide. Further, if they try to generate revenue in any way, they are treated like criminals and considered morally flawed. Yet, they have no viable path to professional athletics except through the NCAA system. Student-athletes are caught up in an unjust system, and this book makes that case stronger than anything I’ve read.

Written by New York Times investigative reporter Jeff Benedict and "CBS 60 Minutes" correspondent Armen Keteyian, this book combines personal stories with in-depth institutional analysis to make the case for reforming the NCAA’s policies concerning student-athletes. It does so without undermining the athletes and the sport. This is a book written by people who love the competition but want the players to be properly compensated for their work. It is applicable to more than just college football, and I encourage any sports fan who is against economic exploitation to read it.

Claudia Rankine’s brilliant book of prose seems an unlikely choice for a sports fan. It's written by a womanist poet who, on the surface, seems to have little to do with sports. While it is universally acclaimed and the winner of multiple awards, why should a sports fan read it? Two words: Serena Williams.

As our own EIC Ed Maisonet unpacked beautifully, Williams is one of the most divisive athletes in American history. If white, she would be universally celebrated for her consistent dominance on the world stage. White Americans would reverently whisper "national treasure" and "American hero" at the mention of her name. Instead, they wonder if her body is too masculine and debate if she grunts too much while playing.

Discussions about Serena are many times both racist and misogynistic. "Citizen" has the best writing about this I’ve ever read. It is a dense read but well worth the work. Women in general, and black women in particular, are often at the periphery of writing about sports. I appreciate this text placing a black woman in the center. You will not appreciate the full brilliance of Serena Williams until you read this book written by the incomparable Claudia Rankine. I cannot recommend it highly enough.

These sports books will help you be thoughtful in your fandom, and I encourage anyone and everyone to read them. That way, we know what we are cheering – and why.

Lawrence Ware is a professor of philosophy and diversity coordinator for Oklahoma State University’s Ethics Center. He is the kind of Steelers fan that enjoys watching the Dallas Cowboys lose. 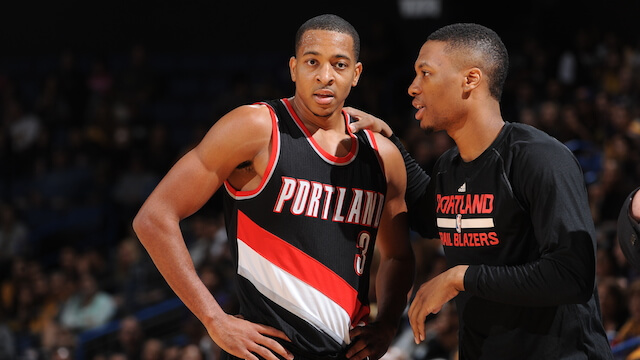