Under normal circumstances, the 2020 Major League Baseball season would be rounding into its first full month of action. However, these are far from regular times and due to the global shift in the norm, whether MLB Opening Day is delayed — or even outright canceled — is anybody’s guess.

Therefore, since the trivial is more necessary than ever, here is a look at the (currently anticipated) MLB top ten players, by position, for the 2020 campaign.

We may be in the last days of the designated hitter being an American League exclusive feature. As the game continues to adapt more tweaks and adjustments, the full integration of the DH feels increasingly inevitable. If it does move over to the National League, even more elite bat first (and only) performers will emerge. Surely the Brewers, Pirates, Phillies or Cubs wouldn’t mind removing the glove from the equation with Ryan Braun, Josh Bell, Rhys Hoskins or Kyle Schwarber, right? From an offense-only standpoint, they take on an entirely different outlook as a contributor.

Yet for the time being, it remains an AL-exclusive role and where a handful of the best bats in the game make their home. While the rest of this series has focused around the top 10 players at each position, due to their being only a handful of players that made at least 50% of their appearances as a DH, the count is halved to five.

Regardless, here is a look at the top five designated hitters headed into the summer of 2020.

Martinez is one of the most well-rounded hitters in the game and has been even better than is realized often. His .619 slugging percentage is by far tops in the game, with Nolan Arenado’s .577 coming in a distant second. Meanwhile, his 124 homers and 1.007 OPS are tops in the game, while he placing in the top three in RBI (339) and batting average (.313) as well.

Martinez is the only player since 2017 to maintain a .310 average, 30 home runs, 30 doubles and 100 RBI over the past three seasons. He led the AL in total bases in 2018, a season where he spent much of the year battling with now-former teammate Mookie Betts for AL MVP honors. His 6.5 WAR in 2018 was the third-highest by a designated hitter in history.

Over the winter, Martinez decided to opt-in to at least another two seasons of the five-year, $109.9 million deal he signed before 2018. He has the ability to opt-out again following the 2021 season.

As he creeps up on 40, Cruz continues to rake as if he is exempt to the rules of time. In 2019, he produced his third 40-homer, 100-RBI season since turning 33 five years ago. As a matter of fact, he hasn’t driven in fewer than 93 runs in the past six seasons. Despite missing over 40 games due to a torn wrist tendon, Cruz still finished in the top 10 in AL MVP voting, connecting for 41 home runs at a career-best one per every 11.1 at-bats.

Although he didn’t make his MLB debut until early June, Alvarez was named consensus AL Rookie of the Year. He wasted no time in making his mark, setting an MLB record by driving in 16 runs over his first 12 games. Alvarez furthered his record-setting RBI pace, when drove in his 51st run in just 45 games.

Overall, his 1.067 OPS led all of baseball during the time he was active. His .655 slugging percentage was an all-time rookie record, along with with a .313 average, 27 home runs and 78 RBI over 87 games. Overall, Alvarez homered every once every 11.6 at-bats and had a multi-RBI game in 21% of his action.

The 37-year-old slugger has connected for at least 30 homers in each of the past seven seasons, the longest such streak in the game. A fractured wrist cost him all of August and likely kept Encarnacion from a shot at his first 40 homer season since 2016 and from reaching 100 RBI for the fifth consecutive season.

He signed with the Chicago White Sox for one-year and $12 million in January, with an option for 2021. 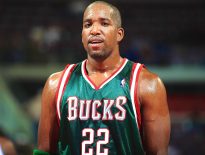 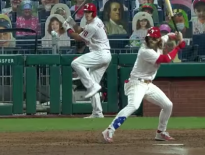