You know, I grew up on basketball that was played in the paint. As a youngster, big men roamed the earth and battled down low like real men are supposed to. Patrick Ewing, David Robinson, Hakeem Olajuwon and Shaq, to name several.

Karl Malone, Charles Barkley, Tim Duncan and others were power forwards and had perimeter games, but they still were able to make a living down low. While there are a few players left that play like throwbacks, there aren’t many. It’s exactly why fans of basketball should pay homage and truly appreciate what is on the basketball court these days when the Memphis Grizzlies play, especially when Zach Randolph is on the floor.

During the first round of the playoffs, the headline on TSFJ from me was straight-to-the-point: Zach Randolph Is A Man. Sure, the Los Angeles Clippers had Lob City all season, but all those lobs were damn near nonexistent in the first round because the big men on Memphis weren’t having it. When you have one player in the frontcourt who is the Defensive Player of the Year in Marc Gasol and the other as skilled as any power forward in basketball (and meaner than any in the game), the young boys from Clipper Land looked just like that: young boys playing against grown-ass men.

Now to say the same about OKC wouldn’t be accurate. Serge Ibaka and Kendrick Perkins are as battle-tested as they come and have both played in big games and on big stages before, as well as having to deal with monster frontcourts. Ibaka had to deal with Dirk Nowitzki during the 2011 Western Conference Finals and Perk had to deal with the old Detroit Pistons teams when he was on the Boston Celtics, and both had to deal with the Lakers front lines over the years. However, nothing was like what they saw against the Grizzlies in the second round of this year’s postseason.

Skill and attitude will beat athleticism any day, and as terrific as Serge is on defense, he couldn’t do anything with Zach Randolph. As effective as Kendrick Perkins has shown himself to be as a post defender over the years, he couldn’t do anything with Zach Randolph, and God bless Nick Collison (and Kevin Durant, at times), but he didn’t have a chance in hell dealing with Z-Bo either.

As Sir Charles said on Inside the NBA, Zach Randolph has an old man game, and for anyone who has ever played basketball, you’ve seen that one guy with an old man game, that one guy who is older than anyone else in the gym, has ankle braces and knee wraps on and wearing a dingy-ass, worn-out cut-off, but dominates all the youngsters who come to the gym. He may not say much because he knows he’s better than anyone else at what he does, but if a young guy tries him, not only will that old man whoop them on the court to win, he just might whoop their ass simply for being disrespectful. In the case of the NBA playoffs, that is Zach Randolph. He dominated the Clippers, dominated the Thunder, and there’s no evidence that shows that either the Spurs or the Warriors will be able to do anything with him.

For basketball fans who are peers of mine, age-wise, watching the Grizzlies play is like taking a trip back in time to the old days, and watching Zach Randolph do work is remembering what it was like to watch big men play in the paint and dominate like big men were born to do.

Zach Randolph Is A Man, Part 2

Basketball The Other Side Of K.O.B.E. 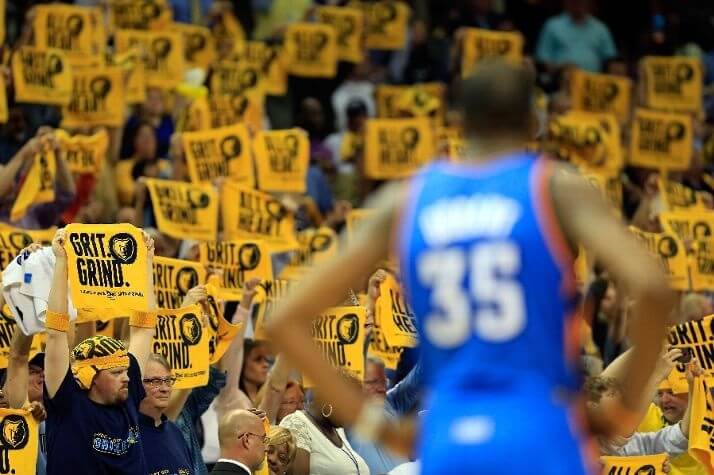 Basketball Podcast: Bring It To The Altar – The NBA Pla…
2