Believe it or not, it was 20 years ago today that the 1992 Summer Olympics in Barcelona, Spain, brought basketball to the national stage like never before. It was July 25, 1992, when the Dream Team took a stroll through Olympic Stadium before running roughshod on the world.

While the Dream Team came to define the ’92 Olympics, there was a whole lot more going on than just the greatest collection of basketball players ever taking basketball to new heights. For starters, the United States and “Unified Team” (former USSR nations) were locked in a battle for both gold and overall medals, as the Unified Team just edged the U.S. in both categories: 45 golds for U.T. to 37 golds for U.S., 112 medals for U.T. to 108 medals for U.S.

Oh, and there was the fact the first time since 1972, the Olympic Games were boycott-free. South Africa finally was able to participate again in the Games with the abolishment of apartheid, the first time since 1960. Estonia and Latvia made their first independent appearances since 1936 with the fall of the USSR, and nations like Germany and Yemen were united once again. It was a monumental Games beyond the Dream Team doing its thing. 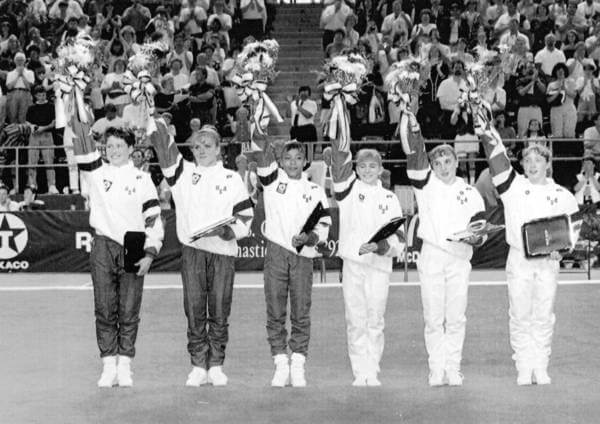 It was a momentous Games beyond just the Dream Team. Surely, Magic, Michael, Larry, Charles and company stole the show in Barcelona, but the 1992 Summer Olympics were huge beyond basketball. Nations were reunited. Others were liberated and/or reestablished. And all the while, peace reigned supreme for the first time in forever.

We will all remember the Dream Team until the end of time. It would behoove us all to remember the rest of the 1992 Olympics in Barcelona as well.