Not even a month into the season and Major League Baseball’s seen a shoving match. A brouhaha. A kerfuffle if you will.

Pittsburgh Pirates pitcher Chris Archer threw behind Cincinnati Reds second baseman Derek Dietrich for admiring his home run past the allotted time in his previous at bat. Archer didn’t like Dietrich showing him up (also known as stuntin’) and responded the best way he knew how: violence. MLB officials hit Archer with a five-game suspension, while Reds OF Yasiel Puig received two. Archer planned on appealing his suspension.

Virtual ink’s been spilled online about what happened next. However, the ones with the biggest bullhorns are pointing to Dietrich for not showing proper decorum. They’re also pointing towards Puig for….sticking up for a teammate? I’m confused.

Who would’ve thought this would happen so soon in the season? And did anyone think it’d be with THIS pitcher? Of all the pitchers in the world one could point to and say “yeah, he looks like the type to care about batters showing him up,” Archer would come nowhere near the top of the list. A pitcher whose own team’s Twitter account started the day with a highlight video of Archer saying “Let The Kids Play.” A pitcher who is very demonstrative after big strikeouts. Why?

He’s having too much fun.
He’s too excited.
He shows too much emotion.

He’s our guy and we love it.

Why resort to violence when your feelings are hurt? That’s what kids and immature men do. In much more physical sports like basketball and football, they aren’t as uptight. Somehow, someway players deal with showboating and all acts of joy. It doesn’t result in violence.

I don’t care if Archer and Dietrich have a history. The game is not going to police itself if the league office doesn’t police the game. MLB should suspend starting pitchers for one start and relief pitchers for one week.

That’s one way to curb the shenanigans.

Multiple outlets have reported that the league office issued new guidelines to all minor league teams for sharing videos on social media. According to Baseball America:

The memo stems from a new formalized agreement between MiLB and Major League Baseball Advanced Media, which has long been the rightsholder for MiLB videos. As part of their agreement, MLBAM sells the MiLB.tv package, which allows fans to purchase the rights to see full game broadcasts of minor league games.

YouTube and Instagram are part of the NBA’s ascent this past decade. House of Highlights and other outlets post dunks, crossovers and jump shots from games the day after, the night of, or as they’re happening. The NBA league offices could easily layeth the smacketh down on social media pages, but they know it’s better for their product to let fans share their highlights. Americans knew about Zion Williamson before he ever played at Duke because of his dunk highlights in high school. The videos were all over social media, which not only helped grow the legend of Zion, but presented the NBA with a finished product to market without having to do any work.

Yes, it takes several years between being drafted and getting to the show. That’s not a difficult workaround if you let the people who are passionate about the sport do what they do and spread the gospel of baseball. 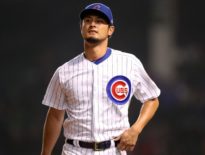 Baseball Getaway Day – Are They For Real? (Small Sample S… 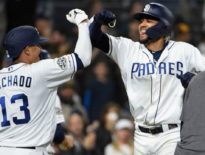