Derick Hopson remembers the feeling of sitting with his high school teammates in the Capitol Theatre auditorium in Washington, D.C. An array of emotions filled the room as the T.C. Williams alums watched Remember The Titans for the first time.

“To come to a realization that it’s my life on the big screen, it was a great feeling,” said Hopson. “How many folks you know have the opportunity to say I was a part of that?”

Hopson, also known as “Suga Babe,” was a defensive back on the 1971 T.C. Williams football team that was depicted in the Disney production. Remember The Titans highlights the effect that integration had in Alexandria, Virginia, and how football brought the town together. Since its release in 2000, the film has been used in speeches and classrooms across the world as a lesson to embrace others and fight the never-ending battle of racism.

The movie portrays what America was like in 1971. Most biopics fabricate how things actually were, but the way that Titans were built was special.

By the time Hopson entered T.C. Williams, schools were already integrated for six years. But as Suga Babe entered his senior year, things were changing again at the school. The Alexandria School District converted into a new system that changed the high schools from four-year campuses to two-year campuses. T.C Williams was now composed of its original students and students from the other two high schools in the city, George Washington and Francis C. Hammond.

Students were used to learning with those of other races but also had to adjust in other areas, most importantly the football field. The talent pool from the three schools made each day important and ultimately made the Titans thrive.

“Just think three schools had 22 starters, 11 on offense, 11 on defense, that’s 66 kids that started. You can’t play 66 kids,” said Hopson. “66 kids can’t start. So when you go to practice you might not start that week [because we] had that much talent.”

Unlike how they showcased in the movie, the Titans were a powerhouse in Virginia. T.C. Williams went 13-0 and shut out nine of their opponents in their 1971 season.

“We just had so much talent more than any team that we came against in the state,” said the Alexandria native. “If we didn’t beat you up in the first two quarters, then we did it in the last two quarters. You were tired, [we] had fresh bodies, [we] had three starters for each position that would’ve started at other schools.”

While opposing teams felt the wrath of the Titans on the field, it was how the T.C. Williams team arrived at each game that spoke loudly. With nearly 80 kids in two busloads, you heard them chanting, “Everywhere we go...”

There was no actual dance but the chant was real and felt to the same effect. No one felt it more than eventual competitors for the Virginia state title, the Andrew Lewis Wolverines.

For the title game, the Titans were given the red carpet. They were sponsored and given a flight to go from Washington D.C to Roanoke, Virginia. “We were in the air for 30 minutes,” Hopson laughed. “For most of the brothers, it was our first time on the plane. We ain’t have enough money, man. The only plane you saw fly was the roaches.”

But when they arrived in Roanoke, it was all business. The Titans routed the Wolverines, 27-0, holding the top-ranking passing offense to -5 yards for the entire game.

The Titans finished as the number two team in the nation in part to their overwhelming talent, but it was also the leadership of Coach Herman Boone who was portrayed by Denzel Washington. Boone came to Alexandria after a stint in Williamston, North Carolina where he produced "The Number One Football Team in America."

“The respect for the coach went further than the coaching because they were teachers and back then teachers had the utmost respect,”  Hopson reflected. “Coach Boone was a no-nonsense guy when it came to school and when it came to his sports, especially football, he was tight. [Denzel Washington] was Coach Boone all the way.”

Many of the Titans went on to play college football at schools like Duke, Norfolk State, Hampton, and the Naval Academy. Others went on to pursue their degrees and found work in many fields. Ronald “Sunshine” Bass went on to become a commentator for ABC and NBC, Leroy Davis worked with GlaxoSmithKline as a researcher, Collin Arrington coached the Westover Wolverines to their first North Carolina state title and Earl Cook became the first Black chief of police for Alexandria. 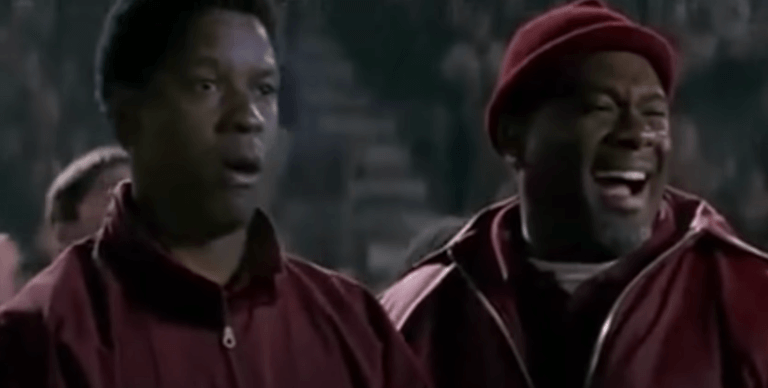 For what the Titans represented in Alexandria and to the world in Remember The Titans, the country still deals with the same issues. In the wake of the recent protests and the erasure of historical figures that didn’t represent equality, there has been a request to change the name of T.C Williams due to his racist past. The current state of the country angers many including Hopson but he questions why hasn’t this country progressed.

“The problem is people are hearing what you are saying but people are not listening,” surmised Hopson. “The hearing goes in one ear and out the other, but when you listen it marinates and you think about it and you give it some thought, then you make a change. I’m 67. Why are my grandkids at ages 5, 10, and 12 dealing with the same crap that we dealt with in the ’50s and the ’60s? Why do I keep having to ask for equal rights, why?”

It’s been 20 years since Remember The Titans was released and nearly 50 years since T.C Williams won the state title. The Titans' story symbolizes how sports could be a unifier and how it is easier to work together than separately.

“This team in a city that was still racially divided, for the most part, six years removed from segregation,” said Hopson. “When that city started moving and grooving that high school and that football team, we became one. It was a life to live and a blessing to be born at that time and be a part of that team. What do you get out of the movie other than a football movie? Can you relate to that movie? Look at it and look at society today. Interesting movie and interesting times.”

"One day you're up, Next day you're down,Long as you stay the same, it'll come back around" -Jay-Z (There is a Hov Bar for everything)