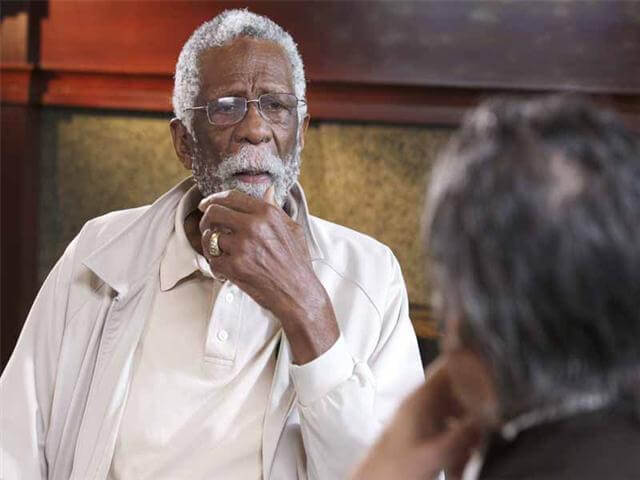 Twenty years ago next week, Michael Jordan retired from professional basketball for the first time. Somehow that anniversary has been lost in the hoopla of MJ's 50th birthday, King James' growing constituency in the LeBron vs. Michael debate, Jordan's baffling incompetence as a franchise executive, and perpetual reruns of “Space Jam” on HBO Family.

We should discuss that first retirement, because conspiracy theorists still suggest that Commissioner David Stern forced His Airness to take a year or two off in lieu of an image-crippling suspension. Jordan's supposedly mountainous gambling debts were cited as evidence.

Personally, I don't know what to believe. It seems strange that an athlete at the absolute peak of his powers would abruptly step away from the game with little reason.

“There's a lot more to life than basketball,” Jordan preached at his retirement press conference on October 6, 1993. Really? Is that why you're still heavily involved in the game to this day? Is that why you retired a second time in 1998 only to return three years later?

Now, I won't say that I'm a card-carrying Jordan-Stern conspiracy theorist, but I do enjoy a well-imagined hidden plot twist. Maybe I've been watching too much “Lost” or reading too much Game of Thrones, inventing clues where none are to be had, producing implausible answers to my own questions of “Why?” I admit that I think too much, and therefore too little.

In Feherty's impressive list of guests that has included Charles Barkley, Don Cheadle, Donald Trump, Samuel L. Jackson, Larry David, Bobby Knight and Bill Clinton (as well as an overwhelming number of golfers both current and retired, but frankly they're boring in comparison), NBA legend Bill Russell stands out as the most distinguished. At least he comes off that way.

I assure you that the entire 45-minute episode is worth your time — Russell's story about a game of 21 with his son is particularly priceless — but the relevant portion to this post comes just past the 24 minute mark.

Russell recalls a golf outing he had with Jordan during the Bulls' first dynasty. Here's the conversation as he remembers it:

“He [Jordan] says to me one time, we were out on the middle of the golf course — they had just won the championship — he says, 'You know we're gonna go for your record.' I said, 'Which one?'”

After some back and forth on the difficulties of winning a championship in a 12-team league, Russell schooled Jordan on why his Bulls would have had no chance:

“'You [Jordan] did a great job of penetrating and you dished off to Paxson, and he hit this open shot. Won the game. Well if there were 12 teams in the league he couldn't have made that shot.' He said, 'Why not?' I said, 'Cause he'd be up in the stands.'”

The shot in question came during the 1993 Finals when John Paxson's three-pointer won Game 6 and the series for Chicago. Therefore, this conversation — and what a conversation it must have been; who else has the audacity to troll Michael Jordan? — took place in the summer following the Bulls' third championship in a row.

This would also place it mere months before Jordan's “retirement.” That means that MJ went from aspiring to take down the great Boston Celtics teams of the 1960s to walking away from the game completely in a single offseason.

I'm not saying, I'm just saying. It's something to ponder on a Thursday afternoon.

Here are your links for today:

Why is Juan Mata stuck on the bench? - SI.com