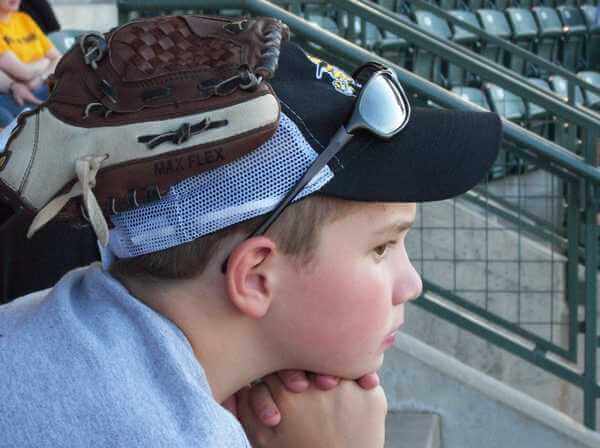 It was evident the St. Louis Cardinals were headed back to the World Series.

After an 8-3 win in Game 4 of the NLCS, admission was all but formally granted. The Redbirds had dominated the Giants across the diamond.

The Sports Fan Journal's Matt Whitener tweeted that the Cardinals were headed back to the Fall Classic.

I saw the tweet. I replied to Matt, a young man who will forget more baseball than I'll probably remember. I had seen this before.

Matt's statement was the first time I thought San Francisco had a chance.

In the realm of the sports fan, the jinx is alive and well at all times. Superstition is a large part of watching your favorite team play. Unwashed jerseys and hats are worn as ritual.

Many who watch the games used to participate. From sandlots to high school football fields, there is a checklist each athlete needs for a game.

Former players can carry the mind-set on to their fanhoods.

It seems baseball brings superstition to the forefront. Most pitchers avoid a cleat on the powder baseline. Batters do the same prep work before each pitch. Infielders kick dirt the same way after an out.

After an out with the bases empty, the infield throws the ball around the horn the way they always do. Repetition brings comfort.

The fan connects with the repetition. A move to the recliner may bring the same luck it did when a favorite team came back to win. The ever-present rally cap could be the talisman needed.

On a couch in San Francisco, someone did something different for Game 5. Although it was different, it had been done before. It would only take a memory of the 0-2 hole against Cincinnati to remember the magic formula.

Matt's proclamation was just a mistake we've all made before. In my insanity, I am careful to bite my tongue when it comes to outcomes involving my team.

The risk outweighs the reward for a superstitious fan. Why throw off the cosmos? Let the sleeping dog lie. Let him lie until he wakes himself.

Until then, the reverse jinx of what will go wrong will work. The incredible ignorance of a possible win is bliss. It's affordable to hold the risk of the jinx.

The jinx is bigger than any of us.

Superstition can bring the crazy out of the sane. Normal people don't get it. They never will. Good for them.

Those with no stake in the matter think it's funny to see a man turn into a lunatic. With a flip of a coaster on the coffee table, a turnover becomes more likely. A phone call to a friend can turn around a team after halftime. The food you ate when your team last beat another is a must when the rival is back in town.

Do we know that these things actually affect the results? It's easy to suggest that others on the other side do the same. Clearly, a loser will have his/her mojo prove ineffective.

Therein lies the difficulty with luck.

At some point, it goes away. Routines must be changed until the slump ends.

There are times when I think that the superstition of sports is no more. The ritualistic behavior has seemed moronic in the past.

Then, the realization that effectiveness makes no difference occurs. A team will win or lose. The sun will come up the next day, and there will be another game on the schedule.

In the Cardinals' case, another season schedule will be printed.

Yet, the comfort of a lucky cap is worth more than seriousness and practicality.

When the next game rolls around, luck will return to the superstitious sports fan. It might be bad luck, but it will be luck nonetheless.

Even the bad luck eventually leads to good luck. Although it's hard for us to know when, the switch can flip quickly.

After three wins in four days and a World Series berth, you can ask the Giants about that.