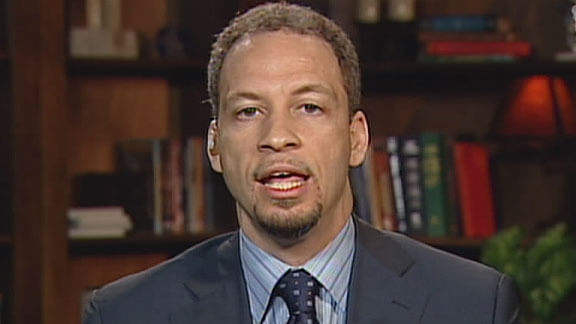 Michael Jordan stans, by and large, love to remind LeBron James sycophants that their legend announced his 1995 return to the NBA via fax, not an elaborately staged television special.

(Though let us not forget that Pat Riley’s use of the fax a season prior was the genesis of the NBA’s longstanding version of the nWo. Remember that, LeBron fans!)

The fax didn’t exactly start a revolution in transaction announcements, but it was one of the rare instances where we first heard a player tell the world his intentions, as opposed to the secondhand means of the media.

Fast-forward to current times, where players can not only announce their retirements by succinct, but impactful means (i.e., Shaq’s Twitter/Tout announcement, Warren Sapp’s “I’M DONE!” proclamation), but they can tell you where they’re going to actually play next season, such as what Deron Williams did on Tuesday.

The revolution isn’t televised, but it is sloooooooooowly coming into your social media feeds. Yet, we still have the old guard of the mainstream media that reminds us of why the time has come for players to become their own messengers.

It has become the summer tradition for "sources" – anonymous agents, executives or quite possibly, other reporters – to dominate sports news.

What is this, Watergate?

Though this summer has already given us more #sources than a senior thesis, this isn’t exactly a new phenomenon. Go back to a year ago where ESPN’s Adam Schefter and FOX Sports’ Jay Glazer were vying for the "Twitter king of sources" during the pre-lockout NFL Draft and post-lockout insanity of free agency. This time two summers ago, most, if not all, major NBA beat writers had LeBron James conversing with every team flush with cash from New York to New Delhi. (And #AccordingtoSources, they all knew he was signing with Miami from the beginning. All of them.)

#Sources have inspired some fantastic jokes on Twitter, and the use of them in this era ideally gives us a map of accountability. Whether it’s sports or politics – another arena where the anonymous move the meter – we can call out individual media members for their lack of fact-checking or copy/paste jobs in their work. Yet, the overzealous use of them online, on the radio or on television has either exhausted or ticked us off.

Truthfully, there’s something inherently interesting and redeeming about reporters sniffing out leads. The absolute best do so in hopes of explaining the thought process in roster developments to the fans, while in some cases, they can stroke their egos. Unfortunately, in the race to be first, we are treated to a comedy of errors or a cauldron of lava-hot anger by beat reporters we’re supposed to trust.

Step away from the NBA’s free agency to consider the apparent feud between CBS Sports’ Jon Heyman and, well, anyone in the business, but notably ESPN’s Buster Olney. Or observe the beef between the aforementioned Glazer and former NFL Network (now CBS Sports) reporter Jason La Canfora back in late December 2010. Those are some high-profile catfights, but this has played itself out in the public for decades. Twitter, unsurprisingly, amplifies the professional discourtesy.

It’ll be extremely difficult for the sporting public, let alone reporters themselves, to wean off #sources. For starters, #SourcesSay that teams use the media in order to negotiate with agents, and #SourcesTellTSFJ that agents, in turn, use the media to counter against management. Yet, media members need the "anonymous" quotes, despite being played over and over again in order to develop and maintain their relationships. It’s the world we’re used to, and at least for the women and men who work daily team beats, it is the reason for being.

However, we trust them to be a bit more than microphones for teams and agents, right?

We do ask for their points of view, weaving their own observations with the insights and reactions directly from the most important #sources of all, the players and coaches themselves. We need them to add color to the black and white basics in wins and losses, even if seeing the overall picture takes time to paint.

What we don’t need is #TwitterBeef between uptight scribes about who broke the news first. After all, when Steve Nash, Deron Williams, Jason Kidd, Zach Parise and Ryan Suter officially sign on the dotted lines, people aren’t going to give standing ovations to the reporters that got the scoops.

So, for the love of clean social media feeds, please, athletes, I beg of you. Save us. Be your own sources.

[Obviously, consult your agents, and communicate with the interested parties first. It’s not only courtesy, but your best backups in case fake accounts run amok; like how some reporters, columnists and bloggers were fooled by fake Broussard and Stephen A. Smith Twitter accounts.]

2 Replies to “#SourcesTellMe Players Need To Be The Sources”