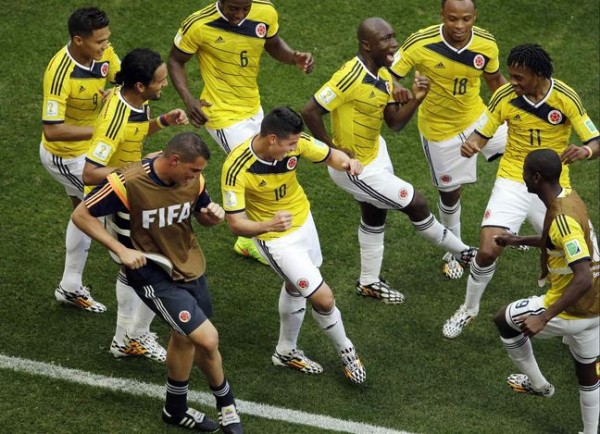 The first organized team sport I played growing up was soccer. I played for three or four years and had a good time at first, but lurking in the distance was a 6’6’, 195-pound product of the University of North Carolina playing in the red, black and white of the Chicago Bulls. My dad, who introduced me to soccer and played the game his entire life, knew this and squeezed his grip on me and his childhood sport tighter. However, it was all for naught. I eventually left the soccer field altogether and threw all my energy into being like Mike.

Sometime during my preteen years, he and I went to a Dallas Sidekicks soccer game at Reunion Arena and had a pretty decent time. For a moment, my dad may have even believed he would find a way to make soccer a fixture in my life again, but it still was not meant to be.

Twenty-plus years later, the fire returned, and now, in 2014, I am fully invested in soccer …

… kind of. I say kind of because there is proper perspective.

The renaissance took place in 2010 during the World Cup when the United States played spirited and inspiring ball and held their own against their peers from around the globe. The feeling spread to the Women’s World Cup in 2011 and the 2012 Olympics in London. At that point, I couldn’t wait for the 2014 World Cup. Granted, it didn’t mean I would spend the time between the Olympics and the World Cup brushing up on soccer rules and etiquette. Hell, all the etiquette I felt was needed was to be a fan and root for my country, but never in a million years did I think I would not only become this invested in the United States soccer team, but this invested in the whole damn thing.

I have spent any waking moment that I have been near a TV in the past week and a half watching soccer. If the games aren’t on live, then I’m watching World Cup Tonight, the equivalent of NBA Tonight, NFL Prime Time or Baseball Tonight, except it’s 100 times more fun. Not only do I enjoy watching my country; I love watching Colombia, Mexico and other teams go at it, and show out for their countries in front of the entire world.

For the kid who grew up watching soccer only to see basketball come and steal my heart, it’s ironic to realize that with all the talk swirling around NBA free agency and the upcoming NBA Draft, I have little to no desire to converse about that stuff. All I want to watch and talk about right now, sports-wise, is soccer. This was something that was written about on our former site years ago, but even then, I was kind of talking out of my ass. I mean, yeah, the World Cup was cool, but it was also a healthy diversion until American football started. Today, though? The attraction is real.

A first in my life took place last Sunday afternoon. I love watching sporting events with the homies. Who doesn’t, right? We get together, talk crazy, eat, drink and have a blast with a game on. However, there had never been a time where I watched soccer with the homies, because it just never worked out that way. Well, once the U.S. beat Ghana in their opening match, I called up B. Jones and told him to find a spot for us to watch the USA-Portugal game on Sunday. I told him it could be anywhere, but there had to be a crowd because it was time to feed off the energy of the people.

Sure enough, he found a spot, and I drove 100+ miles from Tyler to Dallas to go to Klyde Warren Park to watch a soccer match. When I called Ed on the road and told him what I was doing, he couldn’t believe it. I, of all people, was on the road, filling up my tank to make a trip, and it was all in the name of soccer. After the game, I drove to Denton to see my dad before he and my mom left for Zimbabwe. He heard me before he saw me, and when he stood up to shake my hand, he looked at the big-ass American flag tied around my neck, jumped back, laughed out loud and started this exchange:

My dad was in disbelief, but he was also proud. That’s the World Cup for you. It truly is the world’s game. It makes believers of the ignorant. It brings people back home long after they turned their backs on the game and does so with open arms. It brings fans together in ways that I have never, ever, EVER seen another sport do. Fans of soccer, true and knowledgeable fans of soccer, have been happy to share their space with someone like me who knows nothing about the technicalities of the game. World Cup Fever is all over Twitter, Facebook, Instagram and any other social media atmosphere you can think of.

Being able to watch it so far has been one of the most enjoyable times I have had as a fan. Here’s hoping the party continues for sports fans everywhere, because we are truly in the midst of an event that is one-of-a-kind.

2 Replies to “The World Cup Brings Wayward Souls Together” 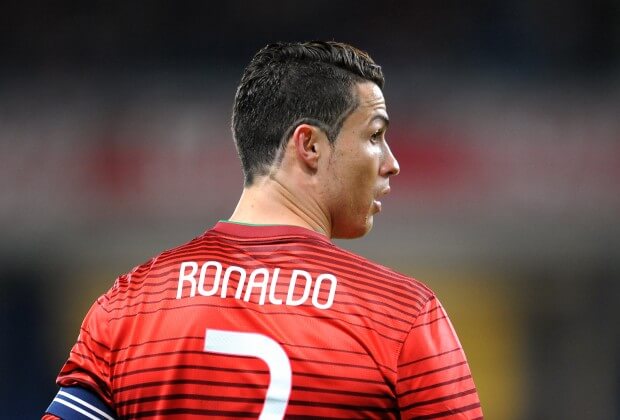