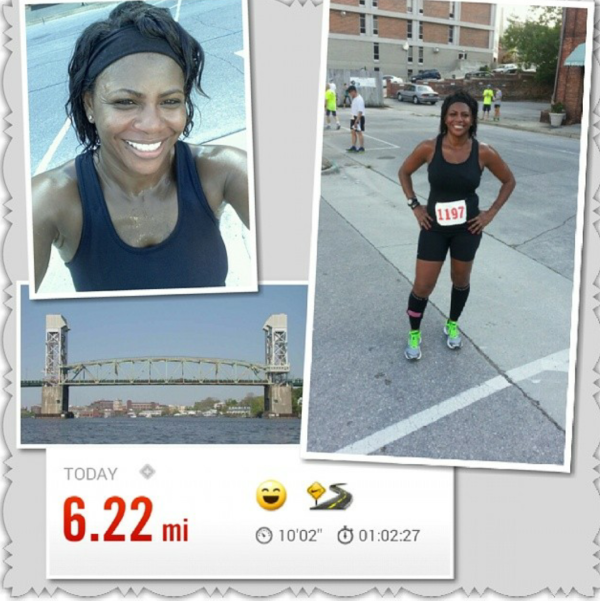 Over the past few weeks, we have talked about the importance of exercise and why it’s so hard for everyone to commit to it. This week, we have taken it upon ourselves at The Sports Fan Journal to get to know the people who are participating in the TSFJ Run Challenge. The reality is that we know of most of these people, and we were excited that they decided to join the challenge. However, you never really know why a person is willing to step into unfamiliar territory and take on a daunting challenge until you ask that person the right questions or you understand his or her mission.

Last week, we introduced a person with a ton of reasons not to get fit who still found time to put in the work. Several people hit my inbox with a few struggles of their own, and many success stories were documented as well. It was inspiring to see that a site full of sports fans was making an impact by actually participating and holding each other accountable for their actions.

When we take into account the number of people who find reasons not to do things, it makes you appreciate the people who refuse to let barriers stand in their way. So today we decided to chronicle two more people who follow The Sports Fan Journal and get their stories of why they decided to embrace fitness and how it relates to their passion for sports.

When I first started running a few months ago, I would always see people in groups. My friend Matthew had already embraced running, and I still claim not to be a runner but a motion activist. Well, the Nike challenges that would come to my Nike+ app would always blow me away. There was this young lady who would seemingly win every challenge by the name of Bonnie H.

I even noticed that for a while Matthew would not include Bonnie in a few challenges, because he wanted to win some of them. (I’m not saying it’s true, but that’s what it looked like to me.) Bonnie is 40-plus-year-old diva from Burgaw, North Carolina. Seriously, this young lady has a smile that makes your day better every time you see it on the internet. After a few challenges, I decided to throw myself to the wolves and offer Bonnie H. a friend request. Little did I know what I was getting into ...

Social media has a way of putting things into perspective. Since our paths crossed on social media, I realized that Bonnie was not just an ordinary runner. Turns out she was a former athlete. Bonnie was a basketball and softball player, and you could tell it right away with the smack talk that was coming from her daily. She talks a great game and backs it up as well.

Bonnie has excelled at running, but it hasn’t always been easy. She started running a few years ago due to suffering from LWS (lazy woman syndrome).  LWS can lead to the body growing wide and not tall. Trust me, as I myself went through LMS before I embraced fitness again, but that’s a tale for another day. Bonnie started as a walker, and now she’s a monster on the pavement. She has run several races and has posted times of 24:06 in a 5K race and has run a half-marathon in 1:56:20. Anyone who runs will tell you that any time under two hours is pretty good for 13.1 miles.

Every runner isn’t on Bonnie’s level, but the objective is still usually the same. Kenya W. from Arlington, Texas, by way of Wichita, Kansas, is the model for that. Kenya is an ex-athlete who also found herself back in the gym working out but wanted to add a few more components to help her reach her goals.

Kenya took on the TSFJ Run Challenge to reach those goals. Turns out that the challenge ends right around the time she turns 30. I think it’s awesome to bring in your 30th birthday proving to yourself that you are just as fabulous at 30 as you were in your 20s. I know a lot of us wish we could go back to 30 while others are regretting seeing it. Kenya has had to take on the challenges that beginning runners usually deal with. The pain of new runners starts in your lungs, and then it makes its way down to your legs.

Kenya’s influence is centered on her family. She has a son who is very active. As a parent, I understand the need to try and stay in shape to keep up with your child. Also, you want to demonstrate good, healthy habits that your kids will want to incorporate into their daily lives as well.

As you can see from the pictures, each of these ladies is reason enough to hit the trail. I know that when I am running, if I see two women as fine as these two, I slow it down and enjoy the view. You should consider that next time you run. Any good runner would say that the best runs occur when you take in all the scenery and embrace what’s around you. If you’ve never heard it before, you have now. You can thank The Sports Fan Journal for that! 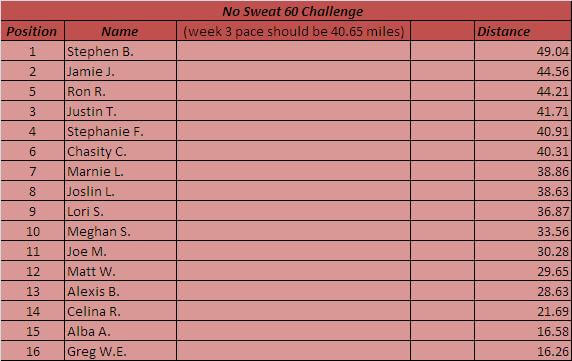 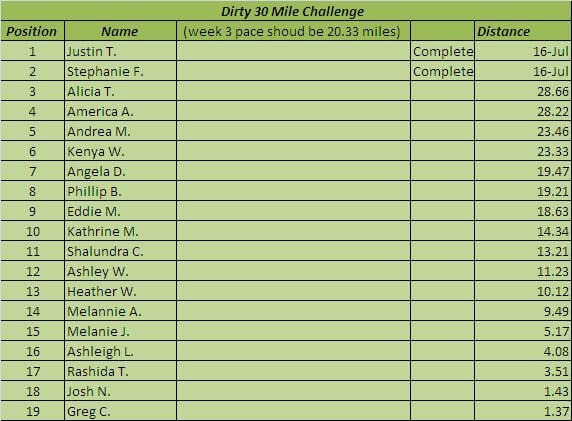