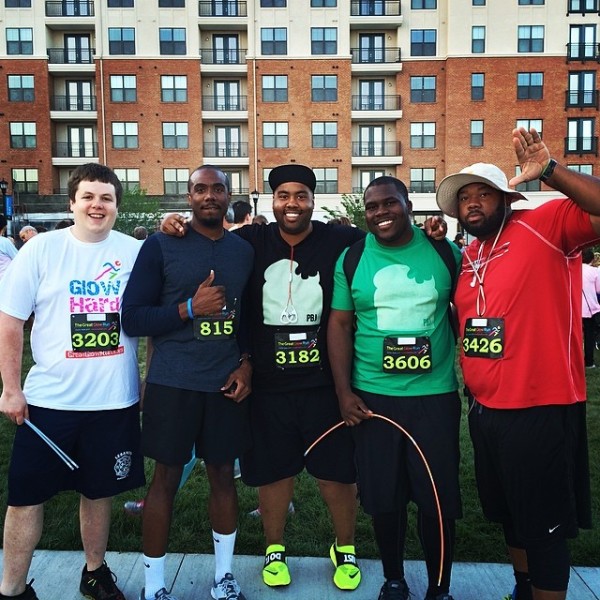 Last week, most of the runners in TSFJ Run Challenge were sure they were going to die. The courage it took to even try the challenge is a great first step in itself. Running takes discipline and patience. It takes the will to fight through pain and overcome to reach particular levels of endurance.

Most of us are creatures of habit when it comes to working out. We all have our reasons for doing the things we do, and very rarely do we differentiate. I’ve never been one to embrace running. In fact, anyone who knows me will tell you that if you see Joe running, there must be someone chasing him with a gun.

When we introduced the challenge, there were lots of people who chimed in with reasons why they couldn’t do it. I’m not one to beg, but I was curious about what many of them had to say. The most common excuse was that I don’t have time. There are many things in life that are true, but not having time is something that just doesn’t sit well with me. It may sound a little harsh, but let me explain …

Most of the people in the challenge are friends because of social media. Many of the people I see on Twitter and Facebook for hours at a time every day. So are you telling me that you don’t have 30 minutes a day to commit to walking a mile or 45 minutes a day to commit to running a couple of miles? That’s hard to believe. I waste that much time reading on the toilet in the morning.

I took on the challenges to prove that I could do it. I have so much respect for the art of running even more now that I have embraced it. Marathon runners are a remarkable breed. Imagine the discipline that they have to maintain to train for such a grueling race. Marathon runners deal with 26.2 miles of hills, heat and pain.

Let’s put that into perspective. If I run just five miles a day, it would take me a little over five days to accomplish what marathon runners do in about four hours. Running just give miles a day has my legs feeling like jello. When I first started running, it wasn't long before I felt like I was running in molasses by the end of the week and going absolutely nowhere.

Time cures everything, because now I feel like I am getting stronger by the end of the week. The recovery time is also faster than it was in the beginning. So if you are struggling a little bit now, keep pushing and you should start getting stronger as time progresses.

Looking at some of the runners in the challenge, there are some remarkable stories. One of the runners, Montaze M, is a high school football coach. His team is coming off a state championship, and he is working diligently with summer workouts and 7-on-7 clinics. He’s been doing college football camps across the Southeastern United States, and his wife is expecting twins in September. You would think that a man with all that on his plate would find a million excuses not to run. Not Montaze. This guy is all in and accepted the 100-mile challenge.

Oh, and did I mention that he weighs over 300 pounds? The point is that we can think of a million reasons not to do something — but really we just lack the motivation to do what we need to do to get things done. Montaze decided that family and health are good enough reasons to put in the work. He’s on his third challenge and has lost nearly 50 pounds so far. Find your reason to get better and join us. If you can’t join us this month, maybe you can join us in months to come. 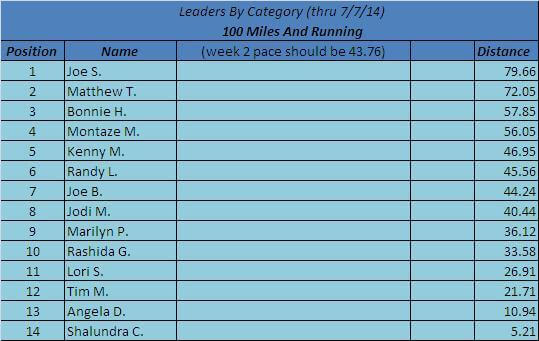 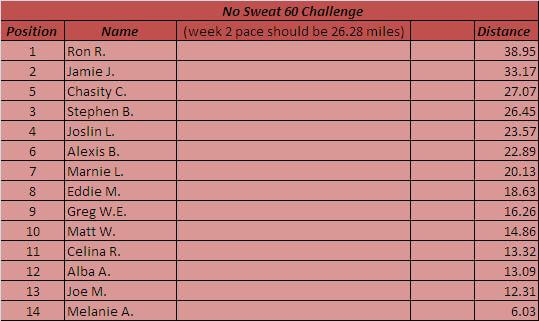 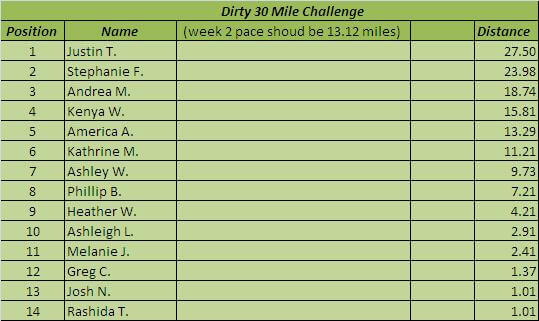