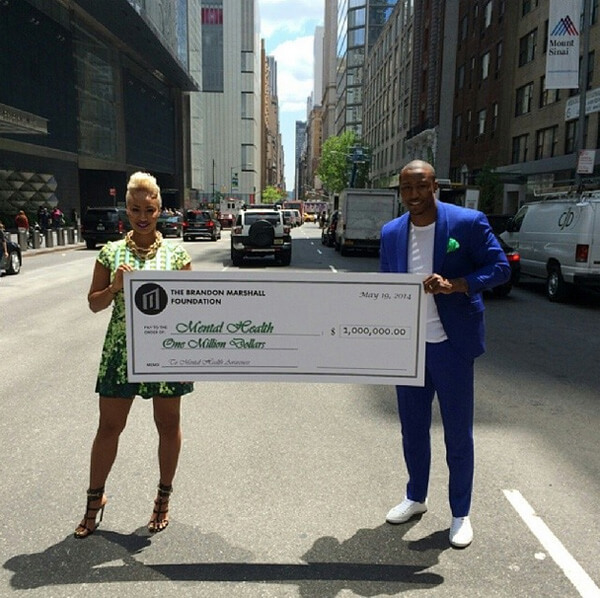 When it comes to the game of football and playing wide receiver, Brandon Marshall has always been up there as one of the best to do it each and every year. For me in particular, I’ve been a fan of his for years simply due to the way he shows up on Sunday and shows his opponents absolutely no mercy. He’s destroyed my favorite team, as well as the Indianapolis Colts, the favorite team of one of our Meet The Fan participants from a while back. After catching eight passes for 71 yards and a touchdown this past week against the Buffalo Bills, it’s safe to say he’s right on track to continue the high standard he has set for himself. However, it is Marshall’s work off the field that has made me gain an even deeper appreciation for him.

It’s no secret that Brandon Marshall wasn’t a boy scout his first several years in the league. He got in trouble for doing a lot of stupid stuff, almost to the point that it became predictable to see his name come up on the screen for doing something dumb off the field as it was to see him doing something good on it. In 2011, Brandon Marshall sought out help and was diagnosed with Borderline Personality Disorder, a disorder characterized by emotional outbursts, impulsiveness and difficulty maintaining stable relationships.

It takes courage for anyone to seek help when it is more convenient to point the finger at society or to attribute it to being a product of your environment, even if it is true. A person doesn’t have to continue certain behaviors due to what he or she saw coming up. Brandon Marshall is showing that a person can succeed in spite of being a product of that same environment. It takes guts to do so when you’re a public figure, especially when you’re more accessible for people to finger-wag and question sincerity. The courage and guts he has shown over the past few years to first admit there was something he was suffering from, and then to make it a priority to be the face of this particular mental illness and raise awareness through his actions and his wallet, are things that have garnered the utmost respect from me.

People want athletes to be role models, to be positive examples for kids as well as adults, even though it is not likely you will hear adults have the courage to say they could benefit from positive examples in their lives to help themselves act right. Brandon Marshall is just that. He’s always been a terrific football player, and that great person has always been within him. It’s just been a struggle for that person to continuously shine through over the other traits of his personality that would creep to the surface.

Understanding our purpose and realizing that life is bigger than us is one of the most humbling things we all go through. Hell, even when it’s realized, it doesn’t mean we, as humans, put that humbling into practice. Brandon Marshall is doing just that, each and every day, and even if he does have a misstep along the way, he realizes more than ever the burden of responsibility on his plate and he embraces it in a way that is reminiscent to embracing the moment on Sundays. His purpose is much bigger than him. It truly is a beautiful thing to see.

One Reply to “The Transformation Of Brandon Marshall”

The Transformation Of Brandon Marshall 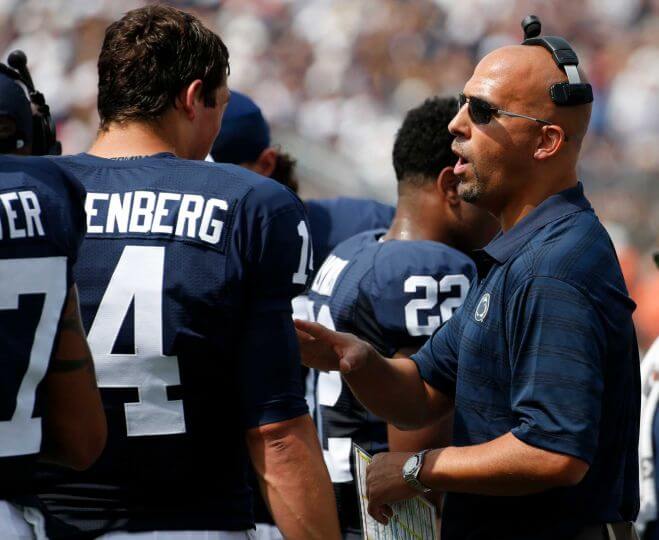 Football Penn State, The NCAA … And Justice For All 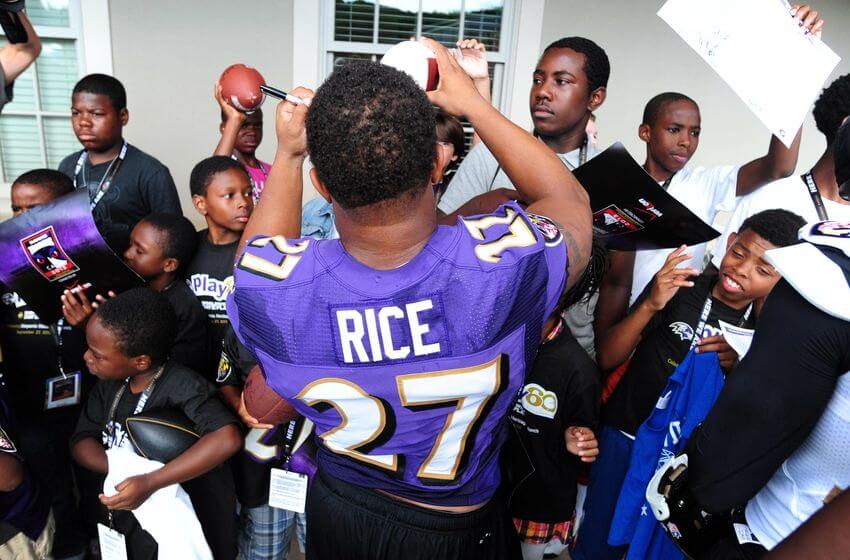