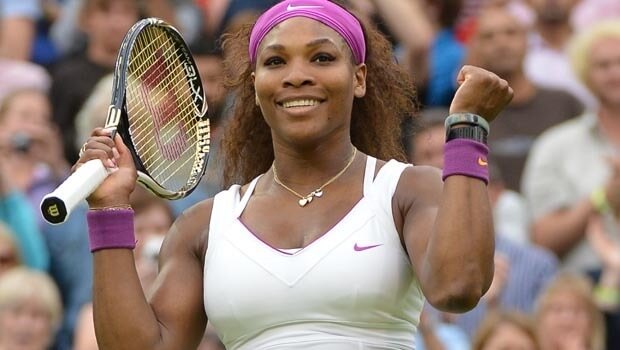 In the world of sports, players are ranked through a variety of scales. In basketball, there’s a leader for points per game, rebounds per game, assists, etc. In football, quarterbacks are measured by passing yards, touchdown passes, interceptions, so on and so forth. In baseball, players are measured by batting average, home runs, runs batted in as well as other categories.

While there may be stats that can be measured in tennis, there is one that people tend to pay attention to: player rankings. Players are ranked from #1 in the world on down, but while people can use those rankings to determine how good a player is, it really doesn’t matter. That player still has to show and prove, and while the player who comes in at #2 on the five coolest didn’t start out the season ranked first in the world, she dominated the game in such a fashion that I pretty much ruled those rankings to be irrelevant. Simply put, that’s how dominant, how utterly amazing and how remarkable Serena Williams was this year, and her 2012 season was as dominant, if not more, than anyone else’s, sport be damned.

There was a stretch from April to the Olympics that solidified Serena being on this list. At the time, I didn’t know where she would be, but she was so amazing on the court, and so cool when devouring her opponents, that she had to be on here. Hell, when she won the gold in the Olympics; she celebrated by c-walking on the court one minute and a mini-salsa the next.

Now, if that's not cool, then dammit, I'll be a cornball. By the time the season came to a close, her list of accomplishments fell off the page. She won WTA Player of the Year for the fourth time, won Wimbledon for the fifth time, won the U.S. Open for the fourth time and won gold at the Olympics in the singles and the doubles. Also, the way in which she did it was terrifying, which is much different than the other folks on the five coolest list.

Johnny Heisman plays with a child-like enthusiasm, and while I know that Johnny Football is what that is, I don’t get the sense that defenses are scared. They just can’t stop him. Abby Wambach is going to score goals no matter what the defense does, and she’s proven that for years. She’s just that good. LeBron James is a damn create-a-player, but I still don’t see fear in opponents when they play him (it’s more like exasperation with the perfect example being Game Four of the East Semis or Game Six of the East Finals or Game Five of the NBA Finals).

With Serena, though? It's like her opponents are downright terrified to be on the court across from her, and anytime you can intimidate your opponent, half of the battle is won. Add to the fact that Serena is already an amazing tennis player, and the results were some of the most dominant stretches of tennis one will ever see. Still, there were times of adversity. When it looked like Serena was about to come crashing back to Earth in the U.S. Open Final, she dug down deep and found a way to prevail.

As I said back in September when discussing Serena, being cool isn’t about dominating all the time. Being cool is also about being able to stare adversity down and still find a way to seize the day. To this point, every single person on this list has had a moment when their back was against the wall and they all found a way to make the moment their own, to overcome all odds, to seize the day. Serena Williams is the definition of doing just that.