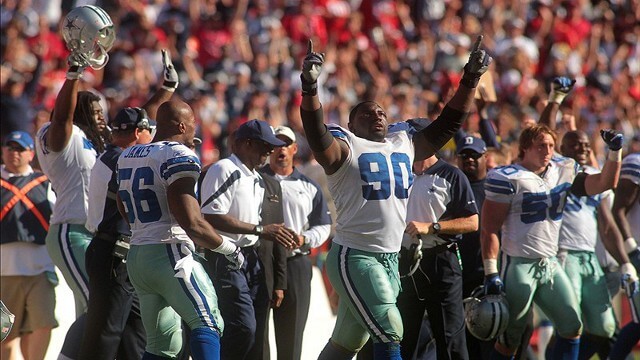 This season has been nothing short of a roller coaster ride for the Dallas Cowboys. Through 15 weeks and 14 games, they are in the driver’s seat to win the NFC East. With a Giants loss and a Cow win on Saturday, they have another division title and one home playoff game. That’s something for Dallas Cowboys fans to get excited about, right? Well, there’s only one problem.

The Dallas Cowboys have blown games all season where they had leads, had chances to put teams away and were in the driver’s seat, only to find a way to lose in disastrous fashion. They’ve also found ways to finish the job, which is what good teams are supposed to do. However, the fact remains that the team isn’t consistent enough to make a rational fan believe Saturday will be the end of the regular season and the start of something magical. Sure, the maniacs, the ones who don’t know anything will recklessly pick the Cows to win, but for the ones who’ve watched the damn games this season, there may be some confidence, but there’s also a whole lot more concern.

When Jerry Jones said he was “scared” earlier in the week for tomorrow’s game, he pretty much summed up the feeling of quite a few people with a vested interest in the Dallas Cowboys. Shoot, the last time the Cows played against Michael Vick and the Philadelphia Eagles, there was a whooping laid upon them that left a scar; one that you don’t forget about until you have the opportunity to return the favor.

As a Cowboys fan myself, the Eagles scare the hell out of me, but it’s no different than just about any single time we play Philadelphia; they’re the one team the Cowboys have a healthy dose of fear and respect for. It’s one of those things you can spot if you watch the game close enough; you can’t expect anyone from the team to admit that, and for all the crap Jerry is given, that’s one thing he is absolutely correct about.

Tony Romo is playing at a top-five quarterback level (only quarterbacks better than him today are Drew Brees, Discount Double-Check Rodgers, Big Ben and Sir Thomas Brady; I don’t care what you think.) The running back, even with the lack of depth, is keeping things honest. The receivers and tight ends are catching and blocking and the defense came along last week, after some disgusting performances in recent games. Red Jesus seems confident in what his team needs to do, and Big Rob Ryan has vowed to continue to fix his side of the ball, so the Cows don’t get their ass whooped again on that side of the ball.

When it’s all said and done, tomorrow will be a microcosm of the entire season. Either the Cowboys will wilt under the pressure, a la the fourth quarter against the Jets, Lions and Giants. If not, the Cows will find a way to get the job done, a la the Seahawks, Bills and 49ers. We’ve seen this movie and read this book before; the question is what will the ending be for the Dallas Cowboys? Tomorrow afternoon, we, as the fans who love the game, get closer to finding out.

5 Replies to “The Dallas Cowboys And The Moment Of Truth”