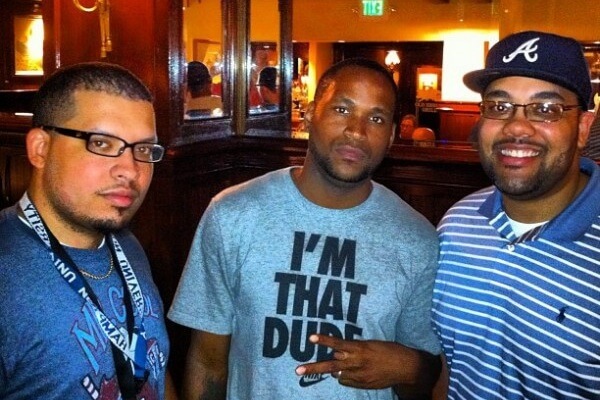 After a month-long trek to Dubai, Justin Tinsley has returned home to The UC Show and the fellas made sure to give him a proper greeting by giving the man his own theme music. Granted, it took him about two years to finally get some theme music and we'll probably take it off after the show, but the point is the man was missed and we were glad to welcome him back.

Among the many topics discussed were the Wichita State Shockers and their 31-0 record. The three amigos discussed their place in the college basketball elite and whether they are up for making a run to The Final Four. Immediately following that, Till called in to welcome Tinsley back and even answered some questions about the state of his San Francisco 49ers and their current front office fiasco with the head coach of the team and the powers-that-be.

The fellas also took some time to discuss the upcoming 30 for 30 documentary about The Big East (Requiem for the Big East), the Tampa Bay Buccaneers and their new uniforms, as well as bringing back the segments The Streets have begged for: The Weekly Obligatory LeBron James Update. Armed now with an international perspective, Tinsley took time to let the listeners know about the impact The King has overseas and how he witnessed it first-hand. We concluded the show with a call from Bryan Crawford and he provided some quick thoughts about the recent performance of LeBron James against the Charlotte Bobcats when he hit them up for 61/7/5.