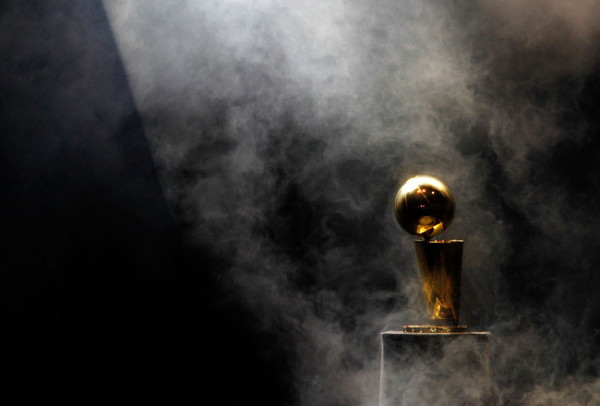 About two-and-a-half weeks ago, I wrote about Game Seven and how this particular type of game can create a legend and solidify others. Five examples were displayed, five all-time greats, five players who will likely make the Basketball Hall of Fame someday (I wish they would revamp the Hall of Fame and make it something worth getting excited for, as a fan, but I digress).

There is another aspect of Game Seven that wasn’t discussed in that piece, or in pieces written before that one on ETSF. That aspect is fear. Don’t get it twisted now. There is likely to be a healthy dose of fear in both teams tonight, but it isn’t relegated to just fear of failure, or fear of not showing up. No, it can be summed up another way. It can be described in a way that some people do not view the word or, in this case, in acronym-form: face everything and rise.

Game Six was frustrating to watch for a variety of reasons. The first quarter was predictable. Miami came out and played like their hair was on fire. Shoot, they didn’t have a choice. Their backs were against the wall, they were down 3-2 to the San Antonio Spurs, and if they didn’t get off to a good start, their likelihood of prevailing and extending the series to seven was highly unlikely. Plus, Miami was playing with The Church’s Money, and when you’re playing with The Church’s Money, you damn well better put everything you have on the line, or there are going to be some serious questions that need answers.

The second quarter, however, was ugly. The Spurs went on a monster run to close out the quarter and take a lead, and the momentum of the game, into the half. Tim Duncan was as great and as awesome as I have seen in years. Trust, there is no hyperbole when people speak about his performance from the first half of Game Six. He was awesome, breathtaking and unbelievably dominant.

The third quarter was a microcosm of every Heat fan’s worst fear: complacency, lack of fight, lack of a response and, dare say, a quitter’s attitude. The Heat looked like a defeated team in the third quarter and the Spurs pounced on them like hyenas on some prey in the jungle. They went for the jugular like Mike Tyson did to Trevor Berbick back in 1986 when he quickly realized Berbick had no business in the ring with him. Going into the fourth, there was no reason to believe that the Heat would respond in a way that would help them win…

…but then, something happened.

There are a variety of sources that will say it was due to LeBron James having his headband knocked off. Others will say it was Miami just saying “to hell with it,” and playing with a desperation that is rarely seen in the game of basketball. Regardless of what fueled it, the Heat took the fear mantra and flipped it on its proverbial head. In that fourth quarter, the Miami Heat looked in the mirror, decided that they were not ready to die.

So we are now here, a Game Seven that is potentially for the ages. Whatever you, as a fan, decide to do, do not buy into the sentiment that The Big Three of Miami’s legacy is the sole legacy on the line. That is lazy, predictable and has no redeeming value. Hell, their legacy has “been on the line” every playoff game and series that they have been a part of together. If anything, they are playing with House Money now. They were left to die in the fourth quarter of Game Six, with yellow rope being prepared to cut off the court for an impending celebration by the visiting Spurs. However, they weren’t going out like that. They used fear to fuel them, so the pressure is not just on the Heat, it is on the Spurs as well.

For six games, the Spurs were The People’s Choice. Sure, there were, and still are, some fans who want San Antonio to win simply out of their loyalty, love and respect for them as a team and an organization. But there are just as many people, if not more, who want the Spurs to win out of their fury, dislike and hatred of the Miami Heat. The Spurs themselves don’t care, but the fact of the matter is that they are no longer playing with House Money like they were in the first six games. After that collapse on Tuesday, they’re playing with The Church’s Money just as much as the Miami Heat are; just as much.

For the winner of Game Seven, they will go down in history and remembered with the reverence and respect that an NBA Champion is afforded. For the loser, they are going to have some questions to answer and some serious soul-searching to do.

by K. Masenda time to read: 2 min
Basketball I Ain’t Got No Worries – The Miami Hea…