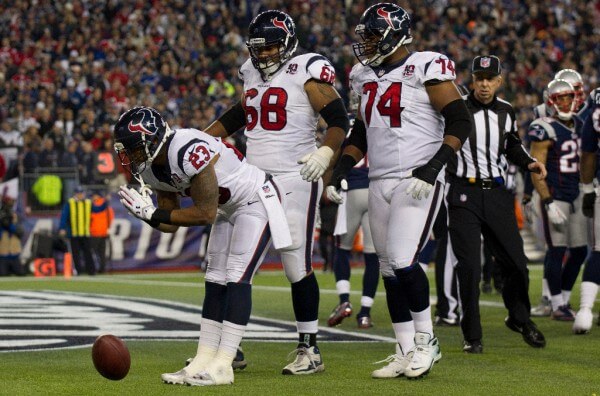 Ever since the Dallas Cowboys were extinguished at the hands of the Washington Redskins two weeks ago, my football interest has taken a noticeable step back. Do not get it twisted: I am a fan of the game of football, not simply a fan of the Dallas Cowboys. However, this season was so mentally draining that when my favorite team’s season ended, my desire to sit front and center and watch every single game imaginable came to a halt.

Twitter, a medium that Ed and The NFL Chick goaded me to join back in 2009 to enhance my football-watching experience and a place that I've come to grossly appreciate and depend on, has become a wasteland, a place cluttered with tumbleweeds, stray trash blowing in the wind and cigarette butts littered on the ground. Basically, it is a place I have not had a desire to visit since the Cows' loss three Sundays ago. My last tweet was here, and it is probably gonna continue to stay that way for a while.

Since then, I logged on twice and stayed on for literally six seconds, and it was only to save two tweets as favorites: one from my friend, Tia, since she didn’t @ me but told me she said something I should know, and the other from Johnny Heisman. Hell, the only reason I knew about the Johnny Heisman tweet is because I read an article with Mike Stoops talking about Johnny Heisman and not in a flattering way. Anyway, upon logging in, I did not check my mentions, did not bother looking at my timeline to see what everyone else was discussing, nothing. It did not matter. It was like coming home after being away on a trip but having no desire to check the mail. I came in, did what I came to do, and left immediately. 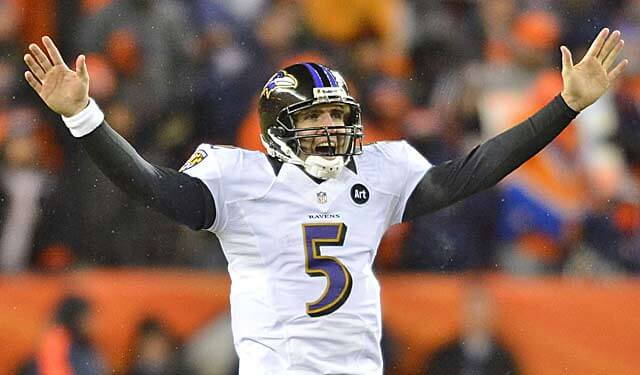 I have tried to sit and watch games since the playoffs started, but there really has not been a theme I could rally around. Sure, there is the quest of Ray-Ray and Ed Reed to go to the Super Bowl, but anytime the Ravens have been in the playoffs, I have silently (and loudly, at times) rooted for them to do well and get to the Super Bowl. Doing so this year would be nothing new. Plus, I was never cheering for the Ravens. No, only those two, but in my contradictory state of mind when it comes to being a fan, I have always been able to distinguish the two.

Since that was out of the equation, I found excitement in something I look forward to each and every weekend, and that is Faith Hill singing her song on Sunday Night Football, and during wild card weekend, I was satisfied that I did not have to wait all day 'til Sunday night, and that is because NBC broadcasted their two wild card games on Saturday. I barely watched wild card weekend and casually watched the divisional games on Saturday. Faith sang, I sang along and all was well. I figured I could do the same during the divisionals and be okay.

Well, there was the small detail of NBC's last playoff games being during wild card weekend, so there was no more Faith for the 2012 NFL season. It is safe to say that once the news was broke to me that both divisional games were on CBS and FOX, respectively, I was sick. My final attempt to be motivated to watch the playoffs was extinguished. There was nothing else to look forward to.

The Packers/Niners game was on at the house, but it was one of those things where the game was watching me more than the other way around. No Faith, no life left in me. Shoot, had it not been for B-Lew calling my phone and talking about Colin Kaepernick and Michael Crabtree's exploits every five minutes, I would have turned it off and watched a movie instead.

But then, I found motivation in the unlikeliest of places. The motivation came in the form of Sunday afternoon in Foxboro. See, the Ravens found a way to beat the Broncos and advance to the AFC Championship, and since they would not have home field next week anyway, I decided to do something I absolutely despise: I decided to adopt a team for a weekend, and on top of that, the team was the Houston Texans. It was agonizing enough to adopt them since I am all-Dallas-everything and basically dislike everything and everyone from Houston (with the sole exception of Frenchy's), but I felt the need, as a sports fan, to do so publicly. My rationale was that if the Texans won, they would have home field against the Ravens next weekend, and since I live about three hours from Houston, I could buy a game ticket, rent a car (because I’m tired of piling up miles on a car that I just bought last July) and drive to Houston. So on Sunday afternoon, I turned on CBS and watched an entire playoff game for the first time this postseason and cheered the Texans on to an impending victory. That was the plan … 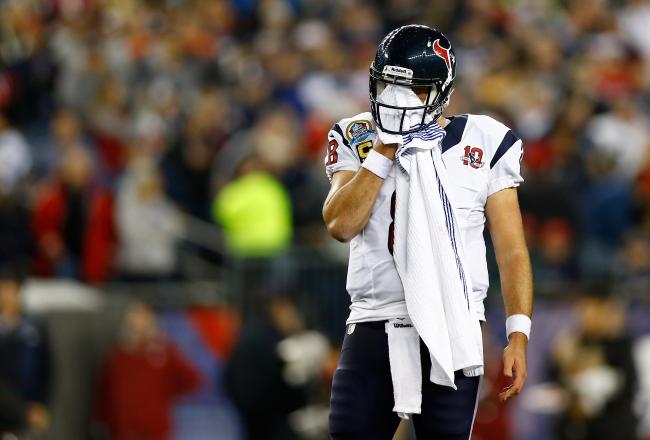 First off, it is foolish to bet against Sir Thomas Brady, especially when betting against him includes throwing support behind the Houston Texans, particularly after seeing how bad they got their faces kicked in by the Patriots a little over a month ago. I wasted three hours of my life watching this horseshit and basically saw this coming from a mile away. Nonetheless, I adopted them anyway.

Secondly, shame on Matt Schaub (I just felt like saying that). He sucks.

Finally, and most important, shame on me for going against a tried-and-true belief that I have always held close to my heart. That belief is that never, under any circumstances, should a fan of one team openly root for another. Adopting another team other than your own is a recipe for disaster.

You know the times in the regular season when teams are jockeying for playoff position and your team needs a win, but they also need help from others to get in? Or if they lost, they need a division rival to lose, so they still have a shot at winning said division? Shit like that, basically. Well, I like to believe that if my team plays well enough, I will not feel the need to cheer for a team that I hate to beat someone else for playoff position, and even when that is the case, I still will not allow it to happen, because I am a sports fan and sports fans should have dignity. Well, so much for that, because I wanted to see Ray-Ray and Ed Reed play in person so bad that I committed a cardinal sin and threw support behind the Houston Texans to get it done. As we all now know, that did not turn out so well. As a matter of fact, it was a disaster.

At this point, I am better off going back to acting like Bruce Wayne at the beginning of The Dark Knight Rises when he holed himself up in the house and no one but Alfred saw him for eight years and return to my sabbatical. As dysfunctional and stupid as my team is, they are still my team and I am familiar with all of their warts and love them regardless. As for the Texans? Well, thanks for nothing.

6 Replies to “A Recipe For Disaster: Adopting Another Team Other Than Your Own”