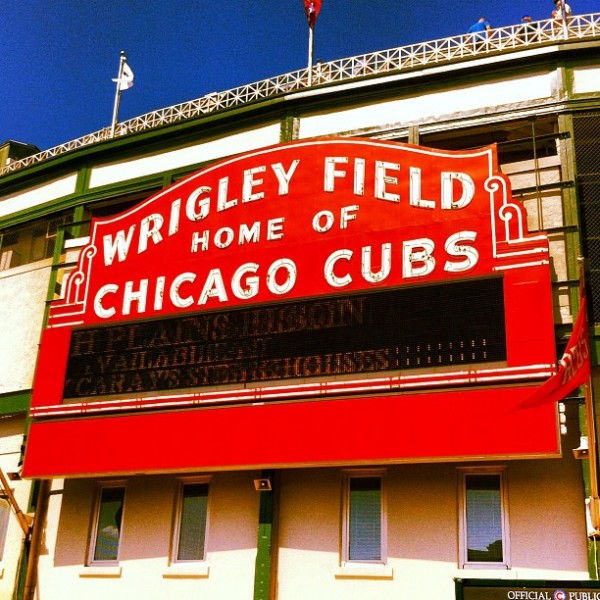 A few weeks ago, I went to a Sunday afternoon Phillies game with my friends Matt and Pete. During what was yet another loss in a season full of far too many losses, Pete told us how he was going to Chicago on a business trip in a few weeks and extending his stay in the Windy City through the weekend with the intention of taking in a game at Wrigley Field.

Every baseball fan alive grows up wanting to catch a game at Wrigley Field. Along with Fenway Park, and maybe the now-demolished old Yankee Stadium, Wrigley encompasses the long tradition of baseball. With its ivy along the outfield, the lore of being the last MLB stadium to get lights and the infamous words of Ernie Banks joyously proclaiming, “Let’s play two,” Wrigley is one of the holy grails in sports. Naturally, as my buddy divulged his plans to us, Matt and I couldn’t help but be envious. We both spoke up and said how awesome that would be and how we both want to get out there for a game at some point.

Just like that, Pete suggested we fly out on the weekend and bunk up with him in Chicago, and before you knew it, we were booking a flight from Philadelphia to Chicago Midway for Friday, August 10, with the plan to fly into Chicago Friday night, do some drinking, head to Wrigley on Saturday for the Cubs-Reds game and roam the city for watering holes and grub, and then fly back home on Sunday — no vacation days necessary.

Finally, the time to make my first formal visit to Chicago had come. Except due to some crazy storms, our scheduled 7:50 departure time got pushed back about two hours some four hours early, meaning our drinking time in the Windy City would be slightly decreased Friday night. However, the delay proved to be a blessing in disguise for a couple of reasons.

For starters, it allowed me to get some much-needed rest after a gauntlet of travel and fun the prior two weeks. You see, since the calendar flipped over to August (and actually before that), I have been basically getting no sleep. Starting on Wednesday, August 1, I went to three music shows in four days, drank entirely too much alcohol and got very little rest. The following week, I had to head down to Washington, D.C., and National Harbor, Maryland, for a business trip on Wednesday and Thursday, return to Philadelphia Thursday evening, then go out to a celebratory happy hour that turned into an all-night drinking fest with my friend who is moving down to Baltimore in a few short weeks. Then I had to turn right around, with a hangover and little rest, go to work, then get on a plane to Chicago for another weekend of fun.

7 Replies to “Shocking The World At Wrigley Field”

Shocking The World At Wrigley Field

Baseball Armed And (Not) Ready? How Baseball’s Best C…