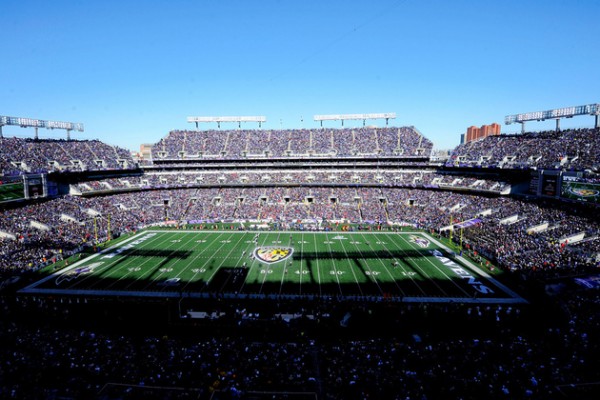 Last Friday morning, I made the trek from Dallas, Texas to Baltimore, Maryland with the sole purpose of rooting on my Dallas Cowboys. Rooting them on to what, you might ask? Certainly not victory, because the Cows have stunk up the joint all year long and there was no reason to think the game on Sunday would be any different. However, as it was stated in a piece written about living in America as a Cowboys fan, that’s what we do: We continue to cheer, because Cowboys fans are gluttons for punishment. Also, I made the trip with the intention of paying homage, in person, to two of my favorite players who ever lived: Ray Lewis and Edward Earl Reed Jr. I've never seen them play in person before, which has been one of the things on my bucket list for quite some time.

Now, despite the fact that the Cows/Ravens game was the main event, there was other fun to be had. Granted, I planned absolutely nothing outside of the game, which was just fine, because it allowed me to enjoy some postseason baseball in an area where baseball recently came back from the dead. For the Baltimore Orioles and the Washington Nationals, they were both involved in elimination games — the Os against the Yankees and the Nats against the defending World Champion St. Louis Cardinals.

The first (Os/Yanks) found me at a local BWW that was filled front to back with Os fans. Of course, the Yankees have fans everywhere, and when Ichiro brought home Derek Jeter to increase the Yankee lead late in the game, I received my first “Welcome to Baltimore” scenario, courtesy of an Orioles fan wearing a shirt two sizes too small and an adjustable Os cap.

Two Yankees fans cheered when Jeter scored, and the Os fan, seething and furiously animated, looked at them and yelled, “Shut the fuck up!” Startled by his boisterousness, I looked up from my tray of chicken wings to see how the Yanks fans would respond, and they didn’t disappoint.

“Fuck you! We ahead!” yelled a female Yankee fan back at him, and while this occurred, I slowly put my wing down and prepared for the worst. First off, both fans were Black, which means there were two key ingredients in place for an “N-Word Moment.” Secondly, another Yankee fan, presumably the dude who came with her, rose up from his seat, which further exacerbated the situation. I hadn’t even been in Baltimore for five hours, yet here I was about to call my mama and tell her I love her, because Black folks were on the verge of getting foolish in the midst of a baseball game — albeit, a playoff baseball game, an elimination baseball game, but still.

Now the Os fan in the snug shirt and cap was on his stool screaming and cursing, “Fuck you! You cheering for the Yankees?!?! This is Baltimore!” By now, one of the managers of the establishment went over to calm down the storm which had been brewing, I imagine, all series long, and despite me only being a part of this series for a few hours, the Os/Yanks had played 22 previous times this season before Game Five, so who knows how many more incidents of a similar nature broke out during this rivalry.

When it was all said and done, the Yanks advanced, peace reigned supreme and nobody got shot. However, all it took was that for me to realize I was probably better off going back to my room to watch the Cards/Nats instead of driving 30 miles to DC and finding another sports bar to watch the game at with their fans and risk my life doing so. 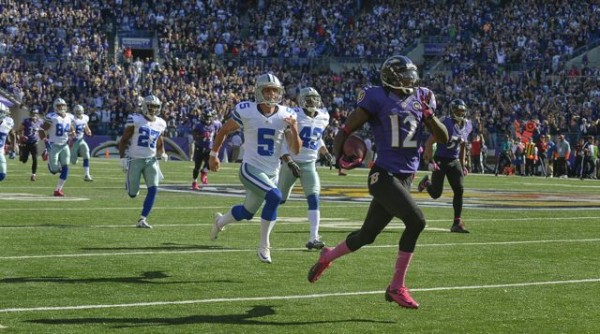 Saturday came and went with little-to-no-incident. After watching my Oklahoma Sooners take the dignity, self-respect and little guts the Texas Longhorns had, I hopped in my rental car and drove on down to DC to do some sight-seeing. I had no idea that driving from Baltimore to Washington would be such a chore, especially with the two cities being separated by 31 miles, but after taking nearly 75 minutes just to get there, my enthusiasm to see Brother President’s House and other landmarks was gone. I ended up meeting LLCoolChels at a Mexican restaurant and caught some college football instead. A funny thing about this meeting was that at this same restaurant, at the same damn time, Justin Tinsley was enjoying some food, which I didn’t realize until later on. The world is very much a small one.

On Sunday morning, it was time. It was time to get on up, put on my Cow gear and make the trip on over to the stadium. Justin Tinsley and I made the trip on over to M&T Bank and contacted another TSFJ family member, Crazy Joe Simmons, for a mini-family reunion/meeting because none of us had ever actually met before until that day. However, we’ve all shot the breeze together so much that it didn’t feel like a first-time affair. We came together bonded by our love for the Dallas Cowboys, and we all expressed similar sentiments: that we didn’t have a chance in hell of winning, and even if we did, there was no scenario that any of us could concoct to make us think we did. However, leave it up to the Dallas Cowboys to find a way to amaze their fans in a fashion they are only capable of.

The stadium itself is very nice, and the people there were very kind, open and know their football. Tins and I got heckled quite a bit, because we were literally in a sea of Ravens fans, but they were all cool. There was a Cow fan that had two Cow jerseys, and the dude would literally switch his jerseys depending on when we had the ball. When the Cows were on offense, he’d rock his DeMarco Murray jersey, and when we were on D, he’d put on a DeMarcus Ware joint. He literally did that the entire game and never missed a beat.

Also, I got a chance to see Captain Defense in the flesh. The dude is a local legend in Baltimore and is literally suited and booted from head-to-toe in captain-ish regalia. Outside of that, there was a lady with a kaleidoscope hairdo with a Julius Jones jersey on who cussed out about three people on her way to her seat and some other bamma sights that I do not wish to recall. Outside of the outcome of the game, the trip was very much a success, and it is only a matter of time before I am back on the road, or in the friendly skies, shocking the world yet again.

6 Replies to “Shock The World Chronicles: Cowboys At Ravens”