John Carlos and Tommie Smith recently returned to their alma mater at San Jose State University to reflect on their iconic protest during the 1968 Mexico City Olympics. Hosted by the Institute for the Study of Sport, Society and Social Change, panelists at the event included history makers such as former NBA player, Mahmoud Abdul-Rauf.

Abdul-Rauf  was at the top of his game when he decided not to stand for the national anthem because he believed it represented oppression and racism. His career was abruptly cut short, but it was 20 years later before a new generation of fans was introduced to him again with the launch of Ice Cube’s BIG3 basketball league. In its first two seasons, he has shown that he hasn’t lost his jump shot at 49 years old. Yet, maybe more importantly, he is continuing to use his platform to inspire other athletes to speak out against social justice issues.

Abdul-Rauf spoke exclusively with TSFJ on the impact the last 50 years has had on athlete activism.

TSFJ: You came to San Jose State University to speak on a panel discussion about athlete activism during the 50th Anniversary of the 1968 Olympic Protest. How does it make you feel knowing that you too made your own history alongside John Carlos and Tommie Smith?

Abdul-Rauf: I’m honored. It’s humbling to be mentioned in the same breath as people like them because they’re well respected. They did a praiseworthy thing by standing up and taking a position and it was selfless. I know they knew that there would be repercussions for it, but the truth and justice meant more to them than that. They are being appreciated for it. However, we tend to do that when years pass and then we give people recognition. I wish there was a way that we could come to that realization sooner and in the moment it’s happening.

TSFJ: Will it take as long for us to realize the impact this new wave of athlete activism has had on this culture? Or do you think it will fizzle out?

Abdul-Rauf: The true impact is yet to be seen. I would say it hasn’t taken as long and the thing that changed that is social media. When they took their positions and when I took my position, we didn’t have social media.  So even when I was receiving death threats and nasty letters that were coming in, I was also receiving letters of support from atheists, Jews and Christians that were very supportive. I’m sure that the media probably received some of those letters too. But the media at that time could control what they wanted to highlight. What social media has done is give more of the people a voice. It gives people courage to show support for someone like Kaepernick or myself and then others see that they are not alone. So I think it hasn’t taken as long.

Now will it fizzle out?  This has been going on a long time. The political scientist, Richard Iton, said that he cautions against viewing resistance as inherently revolutionary because once it becomes routine, it’s easily anticipated. So their job is to try to make it routine. How do you make it routine? Let’s put him on advertisements. Let’s give him a platform to speak about social justice. But it’s kind of like what happened during Malcolm X’s time where you bring all these leaders and make them get a permit to protest and tell them when they can come. You’ve already lost because you went through the system in order to protest and they’ve created the guidelines and rules for how you do it. The meaning of real protest is that I ain’t asking for your permission.  When you’re getting permission, it’s not the same. So that can cause it to fizzle out.

Then when you begin to make deals, these deals are questioned because they’re not so transparent.  When I look at Nike doing this deal, when you see an opportunity, capitalize on the politics of the things that are happening. He (Kaepernick) has a right to be compensated, but at what cost? If you’re paying me but it may come off as if I sold out because I’m accepting this payment, I don’t want it. I’m not saying this is happening, but if there’s any doubt in my mind that by accepting this payment, it’s going to come off like I sold out, that I’ve been so enticed by the money and then I’m not talking anymore, I’m not out in the public saying anything, I’m not going to do it.

TSFJ: Do you feel that since Kaepernick’s situation seems similar to what you are describing that it could be misconstrued?

Abdul-Rauf: Yes, because you hear people saying that “they” got to him with that money. I don’t get into accusing because I like to ascertain the facts.  You run the risk if you’re not careful of being softened by what they are enticing you with.  I would be transparent about how and where I was spending that money.

These are some of my thoughts when I think about the advertising, when I think about what they do to us in bringing us to the table and offering us something and sometimes the people that are our spokespersons end up accepting that and selling us out. So I’m just saying be cautious. The symbol of Kaepernick, just his name and what he stood for and what he’s lost, you don’t want people to begin to question if he sold out.

TSFJ: Do you wonder why we haven’t heard from Kaepernick lately?

Abdul-Rauf: I have questioned it. There’s a verse in the Quran where Allah says, “Why is it that when our brothers and sisters are mentioned, we don’t think the best of them? We think the worst of them.” There’s a tendency to want to think the worst. So for me, I think maybe it’s because there are certain things that can jeopardize his lawsuit. If he wins, imagine what it can open up for other people like myself, Craig Hodges or those who were victimized. So winning this lawsuit is huge. Maybe that’s why.

I try to think positive. He has a right to be compensated. He lost a lot of money and look what he’s done with it. He doesn’t have to publicize everything. You don’t know what he’s doing with his money. He could be spending 80% of it on charity. These things are complex. Maybe he’s doing some major studying and preparing. Who would have thought he would send food to Somalia on a plane? We didn’t know about the Know Your Rights Campaign until he came out with it. He was plotting! So maybe he’s doing the same thing now.

TSFJ: What do you think has and hasn’t changed in 50 years?

Abdul-Rauf:  The fact that we have athletes making $200 million. They’re making way more than was made before. The NFL with concussions — being able to compensate those players that have given their life to the game. They made millions for owners and then after the game the players are basically a piece of meat. The players put their foot to the fire and said, “no this game is dangerous. We have to take care of these people.” You have people fighting for those things and winning. Spencer Haywood being able to get retired NBA players’ health insurance.  I think social media has changed the game in some ways, good and bad. But the good is that people are really able to get their views out.

However, when I think of change, I don’t want to give the impression that it’s balancing out somehow. As you give, you’re also taking. So is it really change for the better? There are some countries where their tax dollars pay for education and healthcare. We’re supposed to be this great nation that people should model themselves after. But in this country, people have to make a choice to pay my mortgage so I can have a roof over my head or my son or daughter just got cancer and I have to pay for it because I don’t have health insurance. So to me, that’s not progress. That’s not something to be proud of and we don’t look at that.

To watch the full town hall event, you can check out the event page here.

One Reply to “Mahmoud Abdul-Rauf Reflects On John Carlos, Tommie Smith And The Progression Of Athlete Activism, 50 Years Later” 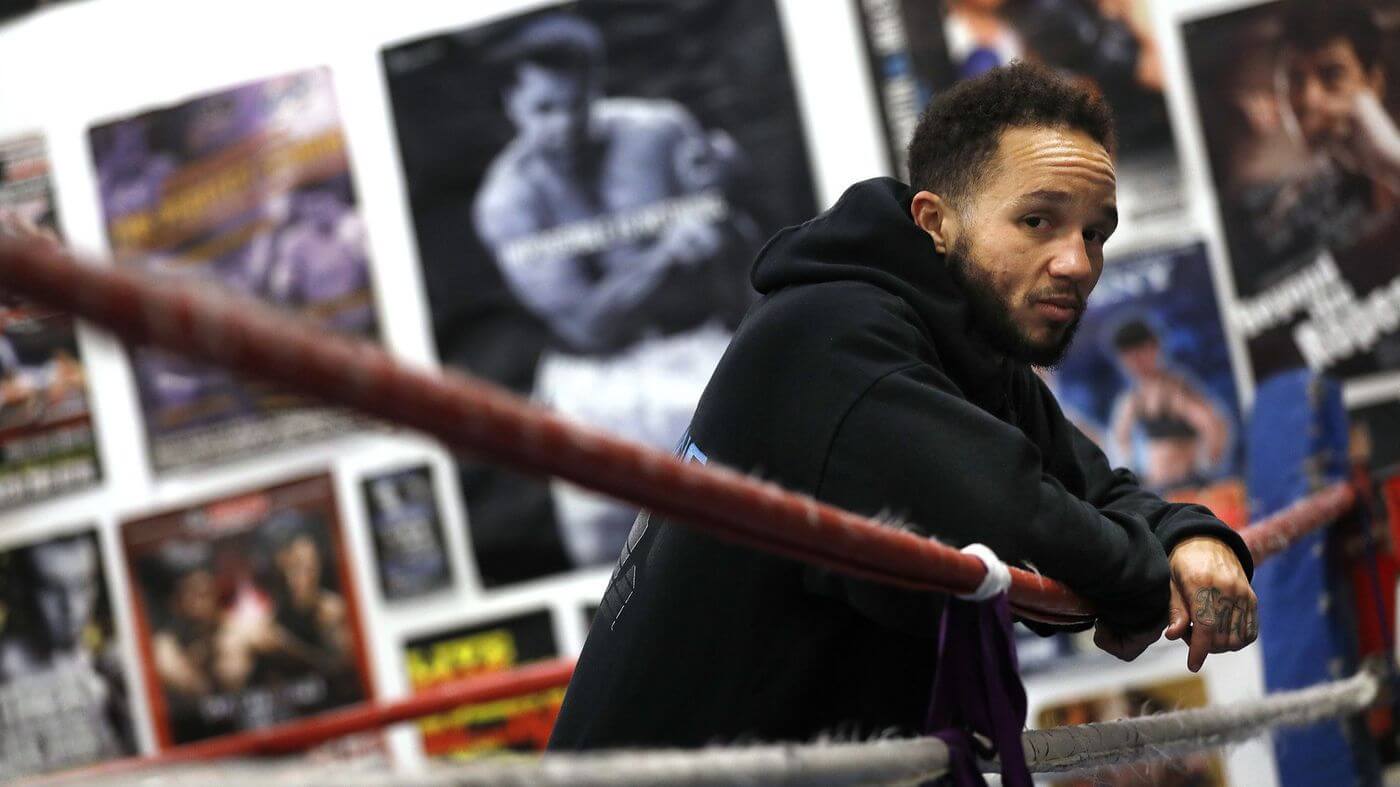