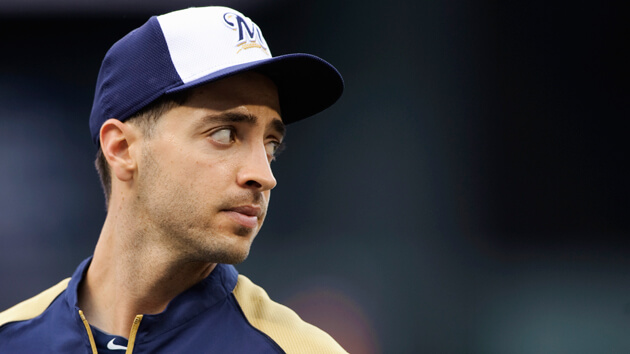 Headline: Star baseball player took performance enhancing drugs. Fallout: He apologizes. The reactions to Ryan Braun's abrupt suspension range from satisfied to disinterested. My colleague Matt Whitener laid it out quite well. Braun has shown a disheartening lack of character since he was first charged with PED use following his 2011 MVP season. As Matt suggested, not only does the suspended all-star get to return to his monstrous contract next season, but he removes himself from a Brewers team that is fading fast in the National League.

It's sad for so many reasons but not so much for the act itself. Baseball players look for shortcuts to get ahead. We're used to it. It was the way Braun so vehemently denied the accusations that makes this case all the more troubling. He knew exactly what he did. And he lied. Whatever remorse Braun displayed in his acceptance statement stemmed from his getting caught rather than his use of the banned substances.

Braun defamed the name of the Milwaukee Brewers, Major League Baseball, anyone who supported him through his tribulations, as well as the former Jewish stars who brought nothing but class to our national pastime. Hank Greenberg and Sandy Koufax will forever be linked with Braun. There's something deeply tragic about that.

Forget about the individual for a moment though. We can applaud the efforts of Bud Selig and Michael Weiner because they've been diligent in their attempts to rid baseball of PEDs.

Even the Players Union's language coming out of the Biogenesis scandal has been surprisingly refreshing. Instead of fixating its efforts on tireless appeals, the union basically said that those who have used are on their own to bargain for a deal, which Braun did. (It looks increasingly unlikely that Alex Rodriguez will be afforded the same luxury.)

Of course, this punishment via ostracism has yielded checkered results at best. Melky Cabrera, he who forfeited a batting title as a result of a suspension, signed with the Toronto Blue Jays in the offseason and is hitting .277 through 81 games. Bartolo Colon, who also served a 50-game ban last year with Cabrera, is currently 13-3 with a miniscule 2.52 ERA for the Oakland A's. Heck, Manny Ramirez is still lurking in the minors after two suspensions.

All of which have stirred discussions on the possibility of lifetime bans. The latest rumor has A-Rod facing such a punishment. Again, it's good that Major League Baseball is working endlessly to clean up the game. But doesn't it all feel about 15 years late?

Steroids apologists — and here I'll use steroids to mean all performance enhancing drugs, which isn't totally fair but it makes life easier for me — and cerebral fans alike argue that steroids saved baseball in the late 90s. The Pete Rose saga/1994 strike double whammy sent the sport's popularity spiraling downward. When play resumed in '95, attendance dipped significantly. The fans were angry and depressed and rightfully so.

Then Mark McGwire and his rival turned cohort Sammy Sosa came along and started hitting home runs at a historic rate. Both eclipsed Roger Maris's mark of 61 in a season, with Big Mac eventually securing the record with 70 long balls. The chase alone captivated the nation. Every at-bat became must-watch television. Broadcasts cut away to the Cubs and Cardinals during game play.

Steroids by way of Sosa, McGwire and a litany of others reinvigorated a downtrodden national fan base. They brought baseball back. But, I've asked myself on multiple occasions, at what costs?

Performance enhancing drugs served the game of baseball much in the same way they serve an individual abuser. When injury strikes, or the player endures a slip in production, he turns to substances to aid his recovery. Yankees pitcher Andy Pettitte (currently 7-7 and on 252 career wins) said as much when it was revealed he utilized HGH to expedite his return from an elbow problem in 2002.

If this week's events show us anything, it's that baseball is still very much in the exoneration process. The Players Union cited “overwhelming evidence” against the Biogenesis clients in issuing its decree. Without diving too far into what constitutes “overwhelming evidence,” I'd like to point out that 47 players hit 30 home runs in the 2000 season. Twenty-seven reached that number last year and 24 the year before.

Baseball has struggled to trudge through the steroid quagmire despite the more promising efforts of late. Believe me when I tell you that it could get a lot worse before it gets better. The best solution going forward might be to ask the fans of the national pastime to do something that has long been considered anathema to them: Forget the past and move on.

2 Replies to “Ryan Braun, MLB And Working Through The Steroid Mess”