This is a public service announcement supported by Ron Hamp of The Sports Fan Journal.

My fellow people, it is with the utmost pride and sincerity that I present this article as a living testament and the rebirth of D’Angelo Russell.

D’Loading couldn’t have scripted a better introduction in New York City. Like most cities, the playground is where you gain respect of your peers. Russell suited up for Highbridge the Label in the Dyckman Streetball Tournament. The excitement of NBA players playing in these leagues has been exhilarating for fans since the days when Dr. J would play at Rucker Park. Russell’s debut at Dyckman was one to remember to say the least.

The fresh face of the Brooklyn Nets hit the game-winning shot to lead his team to an overtime victory over Strictly Business. The atmosphere was chaotic, but in a good way. As Russell dribbled the ball up the court, hundreds of fans were in arm’s length of him screaming and anticipating something special.

After the shot, pandemonium ensued, and to no surprise, he pulled off his patent “Ice in my veins” celebration.

Although this was a playground game, and it is no comparison to an NBA game, Russell needed this of introduction for his psyche as a basketball player and as a person.

No matter who you are, it’s tough to adjust to change—especially when it comes to moving to a new city. You have to find new places to eat, live, shop, and overall it’s a nerve-wracking experience—even for professional athletes. We’ve heard stories about the struggles to adjust to their new homes.

Getting traded and leaving via free agency are two different things. As a free agent, one is eager to explore their new surroundings, but on the other end, it’s the total opposite. Getting traded is a tough pill to swallow. It’s damaging to one’s ego because for some athletes it’s the first time they aren’t wanted.

This summer has been a whirlwind for Russell. The third-year pro out of Ohio State was traded from the Los Angeles Lakers after being expected to help resurrect the historic franchise. While some had hopes of Lonzo Ball and Russell forming the backcourt of the future, Russell was already on a one-way ticket out of L.A. before the prince of the Big Baller Brand donned forum blue and gold.

To add insult to injury, Magic Johnson didn’t mince words why he traded Russell. In an interview, he went on to say this:

“D’Angelo is an excellent player,” Johnson said when the team introduced its top draft pick Lonzo Ball at its practice facility. “He has the talent to be an All-Star. We want to thank him for what he did for us. But what I needed was a leader. I needed somebody also that can make the other players better and also [somebody] that players want to play with.”

Russell wasn’t just traded to any team, he was traded the Brooklyn Nets, a team won 41 games combined over the past two seasons.

While it seems like Russell landed in basketball hell, his trek towards redemption occurred last night. I understand it’s just a summer playground game, but anything that infuses confidence and a sense of belonging are necessary.

Not only did Russell win the game, he is potentially closer to winning over fans in his new NBA city, which was not always the case in the City of Angels.

The Rebirth of D’Angelo Russell Starts at Dyckman Park

by Ron Hampston time to read: 2 min
Basketball A Petition to the NBA to Allow Carmelo Anthony to … 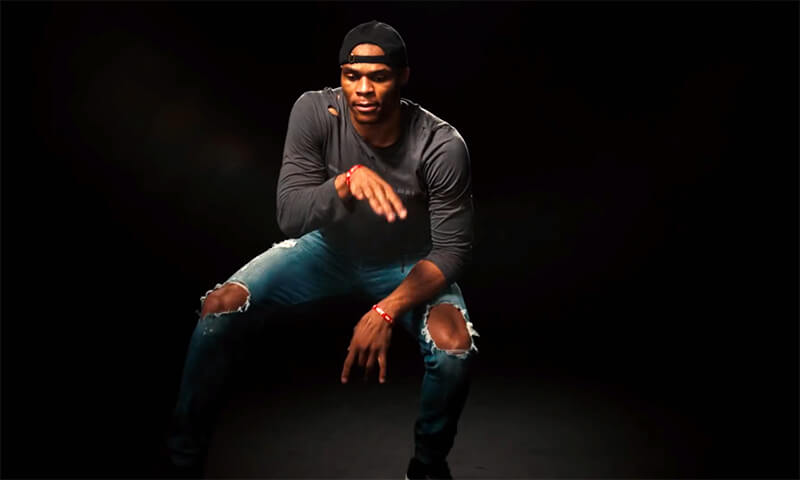