If your favorite NBA team wasn’t a title contender, it was likely leaving tributes at the base of Mt. Zion (Williamson). Thirteen franchises all sit under the stoplight that is the 2019 NBA Draft. TSFJ gives each team a reason to speed through, take caution and even hit the brakes hard before making a wrong turn. We continue this series with a look at the fifth overall pick and the Cleveland Cavaliers.

How we got here

For their initial reward following the franchise’s second stint of rebounding amid a post-LeBron era, the Cavaliers were awarded the 5th pick of this year’s NBA Draft. Although in range to strike gold in the lottery, the newly-balanced odds of a top three pick did not work in their favor, as they slide two slots down in the Draft order after finishing with the third-worst record in the NBA at 19-63.

Hampered by injuries to key contributors such as Kevin Love (who was limited to just 22 games), a coaching change (incoming former Michigan coach John Beilein), attempting to kick start youth movement amid the remains of the LeBron-centric Cavs roster, and of course, the aforementioned departure of said King, the Cavs find themselves at a clear crossroads.

The Cavs are in dire need of impact wing players and the Big 12 Player of the Year from Texas Tech fits the bill perfectly. Culver would give the Cavs stability alongside last year’s top pick Collin Sexton for years to come. Culver’s game is not flashy by any means, but he has the skillset to be a huge asset. He could draw some comparisons to Jimmy Butler down the road, as a big guard that is comfortable with the ball in hands. There’s a lot worse you can land on the edge of the top five than Jimmy Buckets upside, by the way. Culver’s multi-faceted skillset as a scorer, facilitator, and great defender would mesh well with a team that desperately needs more diversity in its offensive attack.

Reddish has been compared to players such as Rudy Gay, Joe Johnson, Andrew Wiggins, and a host of others. Coming out of high school, he was the third best player in the nation behind future Duke teammates Zion Williamson and R.J. Barrett. However, Reddish didn’t light it up as expected and at times felt too comfortable as the third-wheel out of the freshmen trio. He has been criticized for being passive, but his skill is hard to ignore if used right.

With Reddish’s silky-smooth game coupled with Coach Beilein’s offense and the Cavs’ need for increased production on the perimeter, it could be a match made in heaven… if his underwhelming college stint was more due to surroundings than player. While Reddish is a very intriguing prospect and aligns with the Cavs needs, there is some clear risk in using a pick this high on him.

Many mock drafts have Little as a mid-to-late lottery pick, but his stock is rising. While that is a nice indicator of his potential, it is a reach for Cleveland to call his name next Thursday. Little is a mixture of Jaylen Brown and Gerald Wallace, so that almost guarantees that he will play with a relentless approach, but that doesn’t always garner success. If the Cavs were selecting towards the end of the lottery, Little would be an ideal pick, but they are in need of so much more. His motor, length, athleticism and potential would give Cleveland a reliable player if he pans out, but it’s not worth drafting him so high.

NBA Draft Avenue: What The Cleveland Cavaliers Should Do With the Fifth Pick 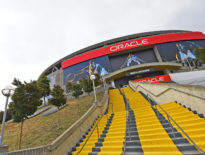 Basketball Warriors Basketball In ‘The Town’: We&… 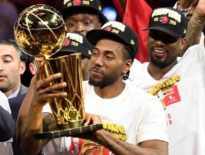 Basketball Back to the NBA Journey: Final Destination
0