The NFL season is several months away, but the excitement is in the air for the upcoming season. On Wednesday, news broke that the Cleveland Browns will be featured in the 13th season of HBO’s Hard Knocks and unlike the past, Cleveland enters this season as a legitimately intriguing team. No team better embodies what the rags to riches goal that is showcased via the journey through training camp that Hard Knocks represents than the Browns do.

There are a litany of story lines to follow during the season, but of course, the real drama kicks off during training camp and preseason. Hard Knocks is known for both pulling back the curtain to how an NFL team whips itself into shape…or previewing coming attractions of struggles that await in the fall. This year’s edition will at the very least give a glimpse into examining exactly who the Browns are and allow fans to invest in a team that has gone winless on Sundays since 2015 can potentially start the process of turning it all around.

If nothing else, the very first steps Baker Mayfield era will unfold before our eyes, and that’s one of the six reasons why the Browns on Hard Knocks will be must-see-tv.

All Eyez On Baker Mayfield

The much-maligned #1 overall pick will likely be the focal point of the series, and rightfully so. Mayfield’s persona off the field has trumped his collegiate accomplishments on it, and the intensity ramped up 1000% when the Browns shockingly called his name first in May’s Draft. Not only does the Heisman Trophy winner carry the burden of that cross with him, he also must hoist up the responsibility of leading the transformation of sport’s most hopeless franchise. Oh, and there’s those easy parallels between fellow Heisman and Browns alum Johnny Manziel as well.

This cocktail of obstacles in front of Mayfield is one he’ll have to escape, although he’s proven to be as fleet of foot in escaping controversy has he has in the pocket, his every step will be under examination closer than ever with HBO’s cameras locked on his every move. Although Tyrod Taylor will be positioned as the starter when camp opens, the fans and front office will be pushing Mayfield to play sooner than later. It will be vital for him to show maturity on the field and off of it during preseason and training camp.

Let’s keep it real here, if Vince McMahon was the general manager of the Browns, Hue Jackson would have been on ZipRecruiter searching for employment long ago. For Jackson’s benefit (as well as that of Hard Knocks viewers) that is not the case, and he has a third chance to pilot the miracle of turning the Browns around. It’s been proven that Jackson is a really good assistant coach, but his tenure as a head coach has been abysmal.

Jackson and the Browns haven’t won a game since December 24, 2016—when RGIII was their quarterback. Last season they finished 0-16, making Jackson’s record with the franchise 1-31. It is no secret that he is coaching for job security, and this year he has no excuse. With two viable options at quarterbacks, the expectations are clear from ownership that a transformation needs to occur sooner rather than later.

Cleveland’s New Weapons Meshed with the Old Ones

It has been over a decade since the Browns boasted the high-powered offense led by Derek Anderson, Jamal Lewis, Kellen Winslow Jr., and Braylon Edwards. After a flurry of off-season moves via free agency and the draft, the team will trot a ton of new faces on offense. Veterans Carlos Hyde and Jarvis Landry have been added to a unit that already had promising talent before bringing Mayfield and Taylor on to conduct it. Losing Joe Thomas to retirement will hurt, but the Browns have a legitimate chance to have a much improved offense in the AFC. A full year of Josh Gordon alongside Corey Coleman, Duke Johnson and David Njoku adds more intrigue to a roster that could make many forget about the Derek Anderson Era.

The Future is Bright Defensively As Well

The Browns have a stable of young talent on their roster not only on offense but defense as well, as the defensive side of the ball is now led by Jabril Peppers, Larry Ogunjobi, Denzel Ward, and last year’s top overall pick Myles Garrett, all of which are 25 years old or younger. Browns fans should be excited with top-tier talent at all levels of their defense, given they have had a history of making questionable decisions in the draft. Maybe this time they can actually become something formidable.

Getting to Know Josh Gordon, Again

After a long hiatus due to multiple battles with substance abuse, Gordon made his return last season and instantly became one of few bright spots for the Browns last season. It’s no secret that he is one of the most polarizing players in the NFL, but his one-of-a-kind talent allows him dominate in the fashion that few can. Even after missing the better part of two years, Gordon stepped right into Cleveland pass attack and accounted for over 335 yards, 18 catches and a touchdown in five games.

It’s known what kind of player Gordon is, but the real interest is seeing him off the field. Hard Knocks can help or hurt the perception of players after getting a behind the scene look, and there’s a chance for Gordon to come away with a few more fans after they will be able to get to know the man instead of his highlights and headlines.

The new regime of the Cleveland Browns has continued their tradition of ineptitude and incompetence. Since the club’s resurrection in 1999, they’ve reached the playoffs just once. In 19 seasons they have 17 losing campaigns, resulting in nine years of them picking in the top five of the NFL Draft the following year. Along the way, they’ve started 28 quarterbacks in that time. Hello Spergon Wynn.

The only type of consistency the Browns have seen is hopelessness. Could this be the year that hopelessness is finally alleviated? The mixture of the team’s plight, hype and hope for salvation makes their voyage through training camp an intriguing one. The fact that people are enthralled about the Browns shenanigans makes for good TV. After winning one game in the past two seasons, it can’t get any worse for Cleveland…or can it?

That remains to be seen, and that’s one reason this season of Hard Knocks will be one to keep an eye on. 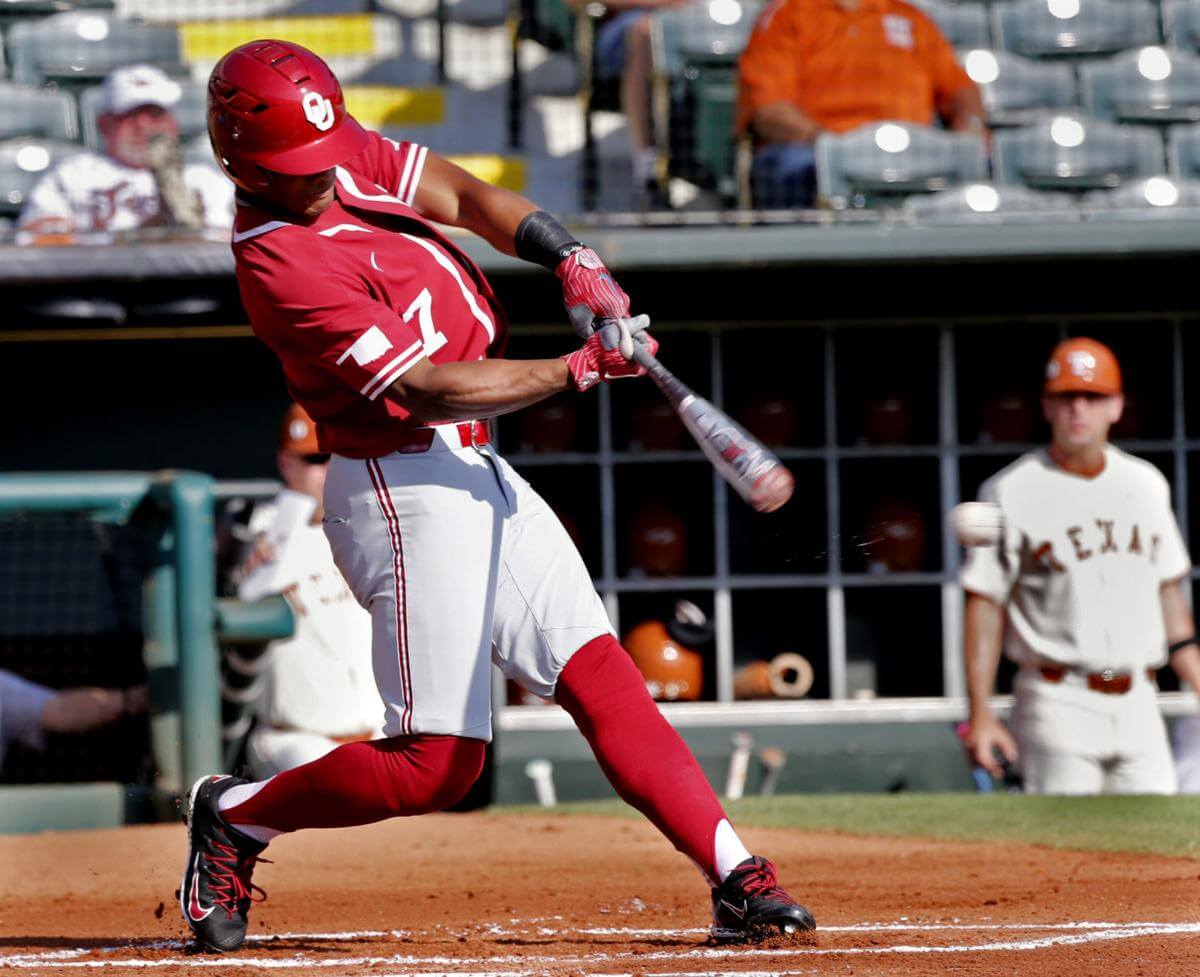 Baseball The Financials Are Clear: Kyler Murray Is Right To… 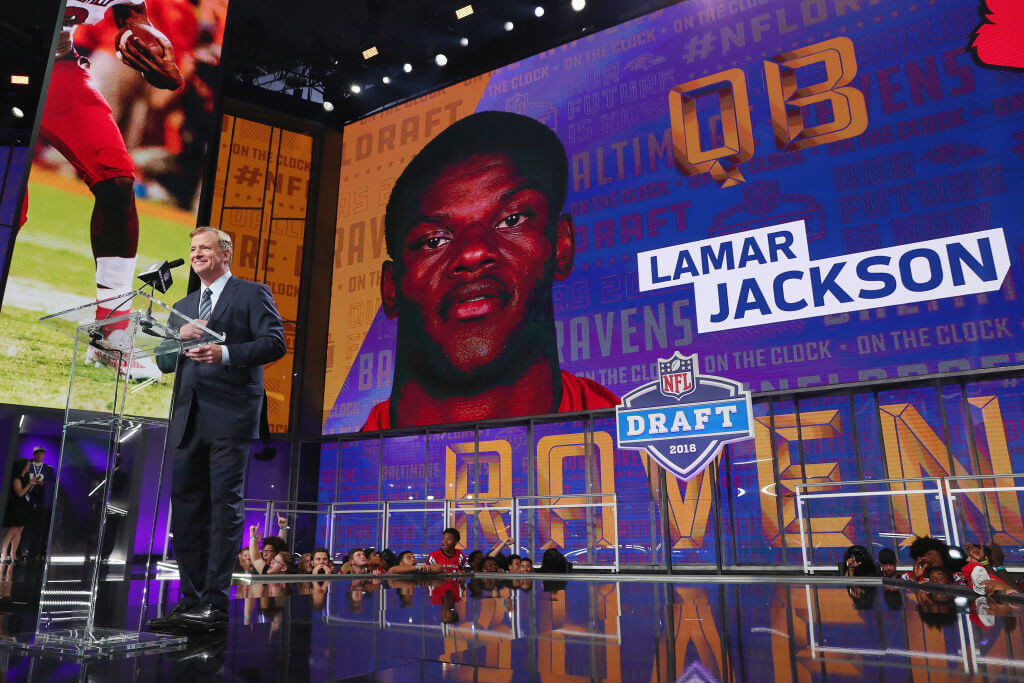