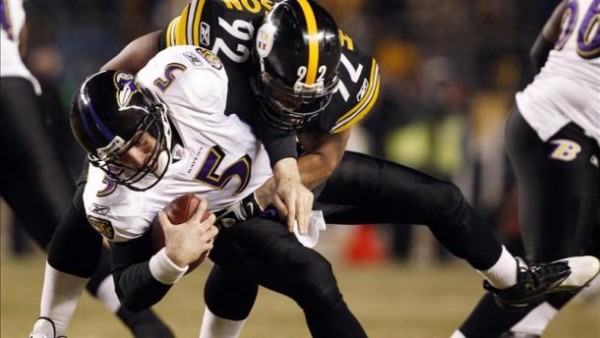 Everyone has seen the YouTube video sensation Sam Gordon. If you haven’t, Sam is a 9-year-old football player who is giving the Pop Warner football league the business with 25 touchdowns and 10 two-point conversions. That may not sound like much, but in this case Sam is short for Samantha and the little girl is solid on the gridiron.

That story has been run to death so I am not here to add to the fame it has already received. In fact, I am thinking that this may become more of a trend than a fad as the years go by.

Why, you might ask? It’s simple: The game of football is becoming so protective that in a few years we might be watching tag or flag football on the Hoshitoshi. That is not implying that women aren't capable of playing football because there are exceptions, but the fact that the rules of the game are changing in such a way that the lack of ability to hit a player with any force may make the game more enticing to those who would normally shy away.

Football has always been a gladiator sport. It was survival of the fittest, and those who play know that they are putting their lives in jeopardy. I have three screws in my left ankle to prove it. Guys get hit so much that it becomes standard procedure to just throw your body into the wind without thinking of the consequences that are ahead of you. Quite honestly, if they are successful they will tell you that it was worth it at the time.

The NFL is launching a ton of money into player safety, which I think is a good thing, but the league also needs to remember what draws the fans into watching the game. The game of football, like other major sports, is predicated on high-impact collisions and the ability to withstand a beating. That is why it is the most watched sport of any on television in the U.S.

NASCAR has added rules to make driving safer, but it's not slowing the cars down so everyone can only go 55 miles per hour. Instead, NASCAR increases the safety of the cars and adds more safety gear, but the drivers know that their lives are on the line every time they get behind the wheel. If we can build space shuttles and keep a person safe driving at 200 miles per hour, it seems as if developing equipment that will keep a player safe from harm is not out of the question.

Sure, in NASCAR you can throw a restrictor plate in the mix to keep the cars from reaching unsafe speeds, but the reality is that any time you are at top speed you have to make some decisions on your own. Ask yourself, do you take a chance and press the pedal to go faster in the turn or do you play it safe and coast into the turn because you realize that your life is on the line?

Wide receivers and running backs have to make that decision as well. When the coach calls that slant route that leads to a waiting James Harrison, or any other big hitter in the league, you have to ask yourself is it worth going in there for. Those willing to go in there to make that play are going to make more money so for them it is worth the risk. Those that aren’t willing to go in there don’t get that luxury. Some can go in there for years and because they know how to preserve their bodies never get caught with that big hit. 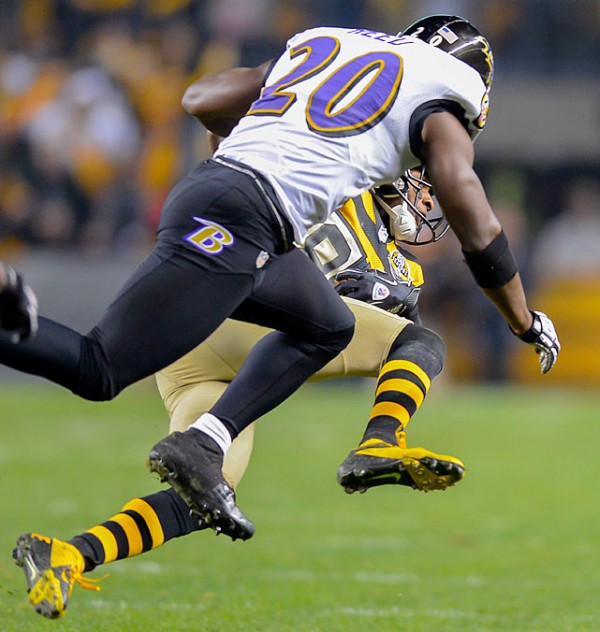 There is a big gap between the Jimmy Johnsons of the world and the Lake Speeds of the world. There is also a big gap between the Jerry Rices of the world and the Tom Waddles. Some people know when to pick their spots, and sometimes they know when to play it safe. The NFL has to decide on an identity that promotes safety but understands that in reality the game is always going to be violent. As soon as it’s not violent, it will be glorified touch football.

Nobody wants the game to turn to that. This week we saw Ed Reed get penalized, fined and suspended (though the suspension was uplifted) for something that looked like a routine football play. What was Ed supposed to do to make that play? When I watch it, it looks like he couldn’t do anything but what he did if he was going to make the play. He simply ran through the offensive player. He didn't launch, and he didn't lead with intent to strike in the head. He made a routine football play.

If he goes in there and arm tackles, he is soft and he will get labeled as old and washed up or maybe even afraid. If he goes for the legs, then he is a sellout trying to end someone’s career by hitting him in the legs and possibly tearing his ACL or MCL. So he did what he has been taught to do, which is to run through your opponent.

All my life that is how the game has been taught to me. You avoid the first man with speed, and you run through everyone else. The game of football isn’t meant to be soft. Player safety is a real concern, but the ultimate safety concerns to me are equipment and evaluation. If a person gets hit and gets hurt, take that player out of the game. If a team had 60 roster spots instead of 53, then the game would be much safer as the teams would have more options to rest guys, meaning that would be less snaps a player would have to take on special teams.

Sure, safety should come first, but some things are just unavoidable. Some of you may not think so, but I equate it to driving down the street at 50 miles per hour and a squirrel runs out in front of you. Even if you hit the brakes, you can’t control where you hit the squirrel because the squirrel is still moving too.

It is one thing to launch at a guy, but it is another thing to run through someone without launching. It’s hard for people to see it until they have been in that position. Either way, let’s not water the league down with marginal penalties and suspensions that aren’t warranted.