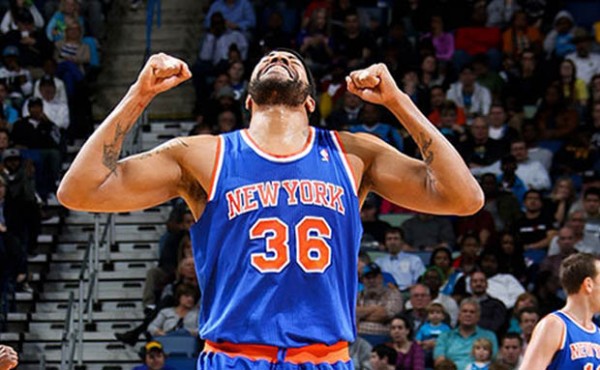 The last time a grassroots movement was launched through a TSFJ channel, it was in 2010 when I proclaimed that Michael Vick should be the 2010 NFL Most Valuable Player. The award ended up going to Sir Thomas Brady, with Vick coming in second and earning the NFL Comeback Player of the Year Award. So while the main objective was to get him the MVP, the grassroots movement did contribute to something. Therefore, the effort was not in vain.

Rasheed Wallace is a four-time all-star, but he has never started in an all-star game. When he was on the team in 2000, the starters were Kevin Garnett and Tim Duncan, two of the best, if not the best, power forwards in the NBA at the time. In 2001, the starters were a hybrid lineup consisting of Chris Webber, Kevin Garnett and Tim Duncan. Granted, Chris Webber and Kevin Garnett are two of my three favorite power forwards who ever lived (Sheed is the other), and they both started an all-star game before. That left Sheed on the outside looking in, and it’s not like Sheed cared but still.

In 2006, the East starters were LeBron James and Vince Carter, and the East starters in 2008 were, once again, LeBron James, this time alongside Chris Bosh. Fan vote rules the all-star game, and while it’s evident how much I despise the fan vote, 2013 gives the fans the opportunity to do something that has never been done before: Vote Rasheed Wallace as a starter for the Eastern Conference all-star team.

First off, Sheed is, undoubtedly, one of the most entertaining players in the entire league, and while that popularity has not translated to him starting over the years, all one has to do is see who has started over him and it makes sense. Secondly, KG won’t start, because fans are stupid and they have turned on him. Amar'e probably won’t start, because he hasn’t played at all this season, and as much as I’d love for Josh Smith to finally get the nod, the coaches have yet to select him as a reserve, so campaigning for him to start wouldn’t be the most effective scenario.

The only sure-fire starter, position-wise, is LeBron, and with the NBA doing away with the center position on the all-star ballot, plus Andrew Bynum not playing one second this season, the other two newly minted “front court” spots are up for grabs.

So why not vote Sheed in?

He’s helped infuse life into a lackluster, disappointing and discombobulated New York Knicks basketball team. They literally are a basketball jigsaw puzzle, and while they have players I love (Melo and J.R. Smith), what glaring differences are there from last season (or the season before that, or the season before that) to now? Sure, Raymond Felton is back and Mike Woodson can run the show without looking over his shoulder, but the one addition that has helped the Knicks, if nothing else makes them more watchable, is the inclusion of Sheed. Jason Kidd can be included, but he’s been in and out of the lineup due to injuries.

Detractors will lament on his lack of production, but who really cares about that when the objective is entertainment that weekend? Just imagine what his reaction would be if the people, the fans, take the initiative to go against conventional wisdom, go against the grain, and vote him in. It would literally be one of the most amazing things in today's NBA and, easily, one of the most hilarious.

Remember when the Detroit Pistons would come out for pre-game introductions and Sheed’s teammates would circle around him and he would break out in a feverish combination of stomps, craziness, and other reckless and uninhibited dance moves? Now take that and put it in the setting of the all-star game. That pre-game intro would rank up there with Drew Brees in New Orleans and Ray Lewis in Baltimore. It would be amazing, and the visual itself is motivating me even more to see this grassroots movement all the way through.

Sheed is beloved by just about every basketball fan that I know, and when you see his name anywhere near social media, especially Twitter, it is usually in a homage-paying-type fashion. Sheed has given us fans plenty of memories over the years. It is time for us to do the same.

INSTRUCTIONS: Go to the NBA.com site and go vote daily! You will have to write-in your vote for Rasheed Wallace by clicking down on the drop-down box. Do this repeatedly. LETS GO!

8 Replies to “Rasheed Wallace For Starter In 2013 NBA All-Star Game: A Grassroots Movement”