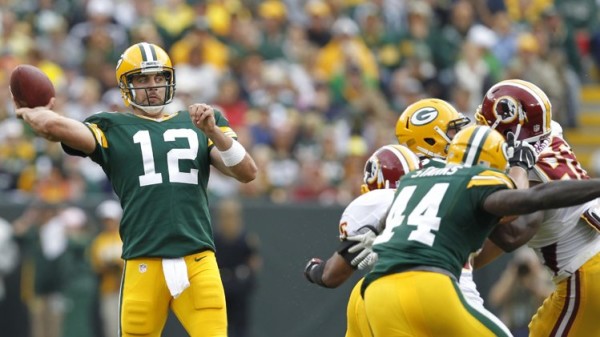 Winner – following the Eagles season. I thought this write-up from Chris Ryan at Grantland really captured what will make the Eagles so great to follow this year, especially the last few lines: “All the rhetoric about future football, and how Kelly’s offense is no-time-all-freedom aside, these guys looked like they enjoyed playing with each other last night. Maybe they’ll go 8-8; but who cares. Plenty of teams win games; how many of those teams do you actually love?” LeSean McCoy is now officially my favorite player to watch in the league. There was one possession in the second quarter when he danced his way out of the Eagles end zone to avoid a safety and get a 2-yard gain that was just beautiful to watch. Shady forever. Also, DeSean Jackson was born to be in a Chip Kelly offense. Sure, their defense leaves much to be desired as this week’s loss showed, but this is going to be a great team to watch week in and week out.

Loser – Mike McNeil. William Moore spinebuster alert. This absolutely needs a Jim Ross announcer freak-out audio edit. In related news, Ross retired from the WWE this week. I hope his audio edits live on forever on the Internet. If you’re out there with editing talents, please send me a Jim Ross announcing Bobby Fischer checkmating his opponent video edit.

Winner – Aaron Rodgers. And it didn’t even feel extraordinary. That’s when you know you’re on a whole other plane.

Loser – following the Redskins season. Not good, not good at all. Granted, it’s possible that they just faced two of the top five offenses in the league this year in Green Bay and Philadelphia, but their defense can’t stop a nosebleed right now. And on offense, well, let’s just say RG3 is like Windows Safe Mode right now in the pocket — you’re not really getting the full functionality and all the icons are a little weird and there’s probably a virus on your computer as this metaphor falls off the rails. Not all 0-2 teams are built the same, and as we’ve seen in the NFC East, you’re never really out of it, as Redskins fans will remind you that last year’s teams started 3-6 and ended with the division title. But the black clouds are swirling around this team, and next week’s game against Detroit suddenly looks real important, doesn’t it?

Winner or loser, not sure – Eddie Maisonet, Dedicated Jags fan. Ed’s Twitter account is the sole reason why the Jaguars are still in existence. The most underrated part of this picture is his apparel. Look at that beautiful Jaguars golf shirt, man. The Jags didn’t score or nothing. Ed was drinking because they got a first down. Keep being you, Ed. 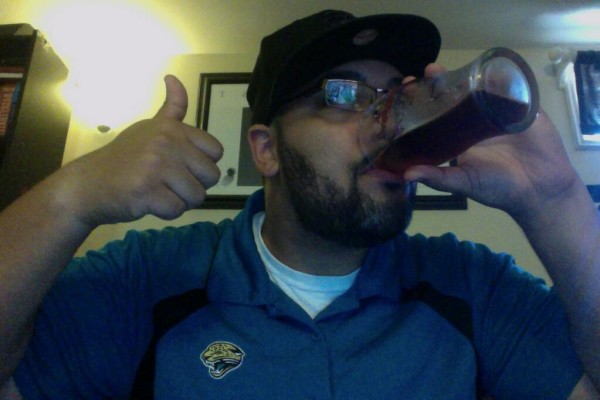 Winner – DeAndre Hopkins. Two ridiculous catches in overtime for the win. How underwhelming are the Patriots and Texans, who are a combined 4-0?

Loser – Geno Smith. I know, I know. It’s early. But I smell a whiff of Shaun King when I watch him play.

Winner – Matt Flynn. He was probably walking up and down the Raiders sideline yesterday telling anyone who would listen how Aaron Rodgers only managed to tie his record of passing yards in a single game for a Packers quarterback. Only. Tied. My Record. I’m Matt Flynn. This is the second straight week Flynn has managed to sneak into the winners and losers column. I’m going to try to do this for 17 consecutive weeks, and if I do, I’m popping champagne with the 1972 Dolphins.

Loser – The Browns. There was some preseason buzz about the Browns, especially on offense because Norv Turner is your prototype terrible head coach, brilliant offensive coordinator. After two games, that would be an 0-2 start with 16 points in eight quarters of play. They’re at Minnesota (not an easy place to play) and at home to Cincinnati (still think they’re one of the best teams in the AFC), so 0-4 is not out of the question here. At least Josh Gordon is coming back next week. Nevermind, sports and the city of Cleveland just don’t mesh. I somehow made it through all of this without mentioning Brandon Weeden.

Winner – Phil Simms. Here’s the legend demonstrating how David Wilson is suppose to protect the ball when he’s running. And via @bubbaprog, a GIF version of Simms at work. 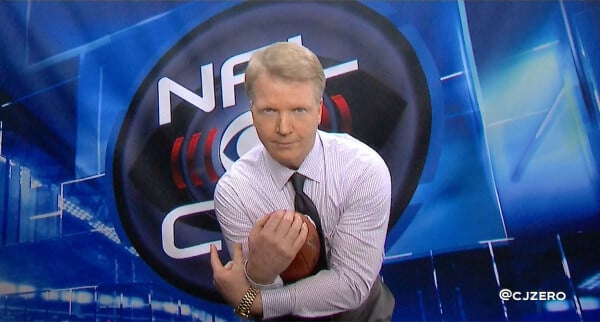 Loser – Kerry Rhodes. David Roth of SB Nation asked the question this week: Why is Kerry Rhodes not in the NFL? The answers, however speculative they may be, are not good. The possibility that Rhodes is being blacklisted for some personal pictures that may have exposed his homosexuality versus anything related to his on-field skills that didn’t show any signs of deteriorating last year is concerning. Because as much as we want to talk about progress with how we deal with homosexuality in sports — and cases like Jason Collins and the immediate reaction to it is progress, but only to an extent — it’s still offset by something as discouraging as this. Earlier this month, Out Sports published a list of 62 active NFL players who have made statements in support of gays. But if Rhodes can’t find his way back in the league for no reason other than the fact that he might be gay, than that’s about the only statement that really describes the state of where we’re at with sports and the acceptance of the gay athlete.

3 Replies to “NFL Week 2 Winners And Losers: The Single Confetti In Buffalo Edition” 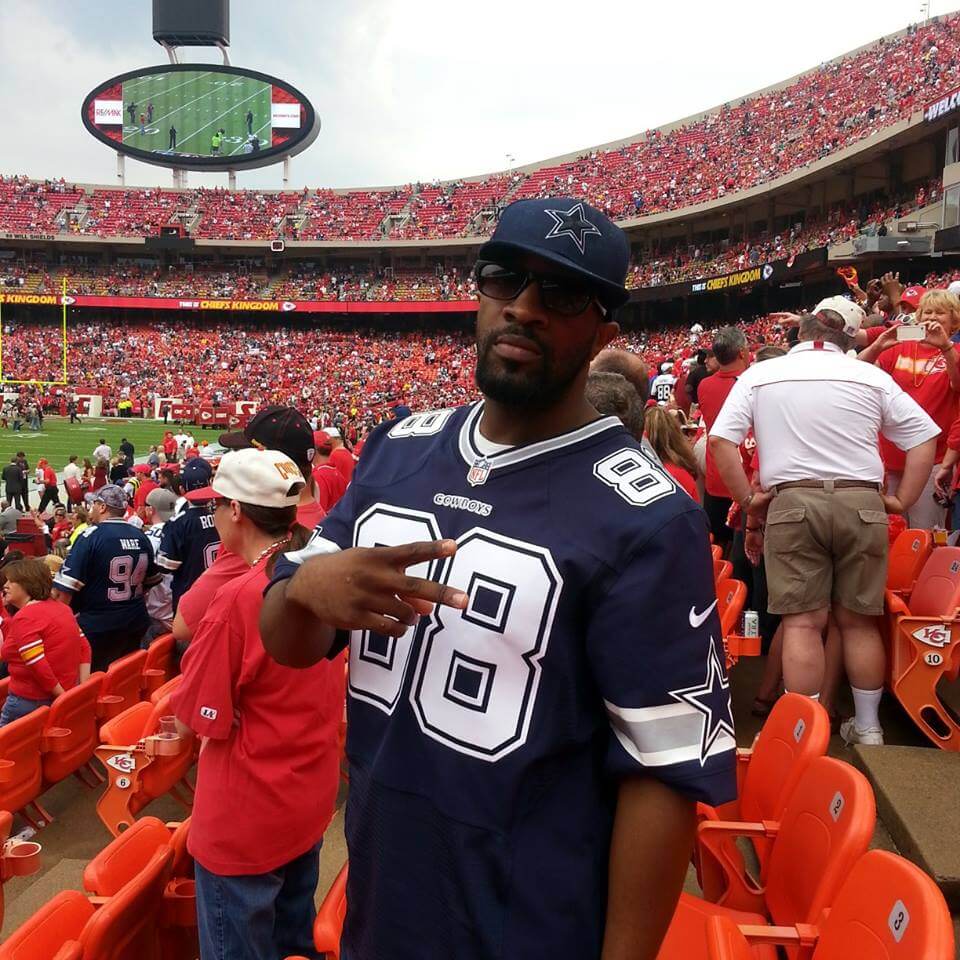