Welcome to The Sports Fan Journal’s music series, In The Rotation. Music fans are always trying to find the latest tunes to spin and our editor Mya Melody, a.k.a. the playlist virtuoso, is here to help. Whether you need a weekend turn up anthem or a smooth jam for a kickback, this series will highlight the week’s hottest song to add in your collection. Vibe out and enjoy! #MelodyPutYouOn

Over the years, fans have seen how ballers and rappers venture into each other’s realms and showcase talents that the world is yet to see. Drake stated it perfectly on his 2010 “Thank Me Now” track as he stresses, “Damn I swear sports and music are so synonymous / Cause we want to be them and they want to be us.” However, Drake’s verse holds a lot more weight when rappers can prove their athleticism and ballers show just how much they are more than an athlete. Former NFL star Arian Foster is doing just that as he returns under his rap moniker Bobby Feeno on his latest single, “S.W.A.N.”

Feeno initially put the music world on notice in April 2018 when he released his debut album Flamingo and Koval. Not only did the album showcase his rapping and storytelling skills, but also his inspiration from past music eras and rap veterans.  On “S.W.A.N.,” he teams up with soulful singer Xavier Omär for the first single of his latest EP, A Late February. “S.W.A.N.” tells the story about a relationship that went wrong somewhere down the line and Feeno is putting his feelings on full display about the lost love.

For fans who want to hear a smooth vibe for the weekend, put Bobby Feeno’s “S.W.A.N.” in the rotation and check out this week’s pertinent reading material:

Each One, Teach One | 11 recording artists who tweeted their goals into existence – REVOLT

The Improbable Comeback of the Jonas Brothers – Vulture 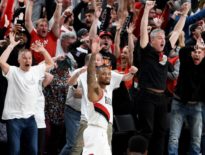 Music In The Rotation: “MARVINNNNNN???” by D… 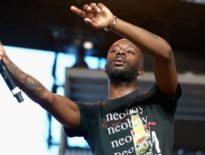 Music In The Rotation: “U Say” by GoldLink f…
0