Welcome to The Sports Fan Journal’s music series, In The Rotation. Music fans are always trying to find the latest tunes to spin and our editor Mya Melody, a.k.a. the playlist virtuoso is here to help. Whether you need a weekend turn up anthem or a smooth jam for a kickback, this series will highlight the week’s hottest song to add in your collection. Vibe out and enjoy! #MelodyPutYouOn

A little over a year after releasing his first major-label debut mixtape, Loose, Jack Harlow is back with his sophomore effort, Confetti. After dropping the Bryson Tiller assisted track “Thru The Night” and “Heavy Hitter” as singles, not only is Harlow experimenting with new sounds, but he’s also looking back on his growth in the industry. The mixtape’s finale “River Road” shows Harlow appreciating his moment as a rookie in the hip-hop game and his goals to strive for more.

The Louisville-bred rapper uses the song as a smooth closer to give a brief outlook on his life. He raps on his days growing up in school, childhood friendships, watching his parents get older, and sometimes feeling guilty about not always being at home. Harlow realizes how precious time is and wrestles with the thoughts of slowing down while continuing to shoot for his dreams.

Fans can tell “River Road” is filled with emotions that Harlow has been harboring for a while, and it’s evident at the beginning of the song:

The rapper realizes his anxieties and insecurities while being fully aware that he’s still a work in progress. If the workweek calls for reminiscing on how far you’ve come in life or about hitting up RushOrderTees to get a cool catchphrase about hustling on a t-shirt, put Jack Harlow’s “River Road” in the rotation for the proper motivation and check out this week’s pertinent reading material:

‘Rhythm Nation’ at 30: How Janet Jackson Pioneered Dance Pop With a Purpose – The Ringer

In The Rotation: “River Road” by Jack Harlow 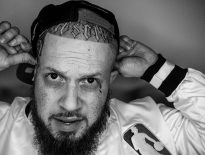