Welcome to The Sports Fan Journal’s music series, In The Rotation. Music fans are always trying to find the latest tunes to spin and our editor Mya Melody, a.k.a. the playlist virtuoso is here to help. Whether you need a weekend turn up anthem or a smooth jam for a kickback, this series will highlight the week’s hottest song to add in your collection. Vibe out and enjoy it! #MelodyPutYouOn

When upcoming singers pay homage to the music that came out decades ago, it’s safe to say the new generation of artists still appreciates timeless music. That’s exactly what rising star iyla shows on her newest single “Cash Rules.”

“Cash Rules” interpolates the classic Wu-Tang Clan single, “C.R.E.A.M.” while featuring a verse from Wu member Method Man. Wu-Tang Clan is one of the most celebrated hip-hop groups in history, and rightfully so. “C.R.E.A.M.” – also known as “Cash Rules Everything Around Me” –  became the group’s highest-charting single and has been referenced in rap for years. While the group emphasizes street economics and how capitalism affects different groups, iyla put an even sweeter spin to the meaning of “C.R.E.A.M.”

On “Cash Rules,” iyla is questioning her boyfriend and his priorities, he may be more in love with a flashy lifestyle and the finer things instead of building on their relationships. As iyla sings:

“Cash Rules” has iyla and Method Man sharing their takes on how people can have a disconnect in a relationship and it may be time to learn from it and move on.

If the week calls for a relationship anthem, put iyla’s “Cash Rules” in the rotation, look online for some anniversary gifts, get your grown and sexy on, and check out this week’s pertinent reading material:

Mase vs. Puff: Black Excellence or Business As Usual? – VIBE

In The Rotation: “Cash Rules” by iyla feat. Method Man

by Mya Singleton time to read: 1 min
Music In The Rotation: “Gray Area” by KAYTRA… 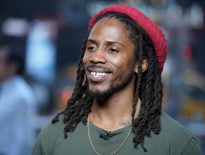 Music In The Rotation: “No Commas” by D Smok…
0