The bond between the worlds of sports and music has gone hand-in-hand for decades. From Kurtis Blow releasing his hit song "Basketball" in 1984 to N.W.A. rocking Raiders gear at any given moment, sports has always had a certain influence in the hip-hop community.

However, it’s Drake’s 2010 song “Thank Me Now” that perfectly sums up the understanding and camaraderie between rappers and ballers as he says, “Damn, I swear sports and music are so synonymous / ‘Cause we want to be them, and they want to be us.” 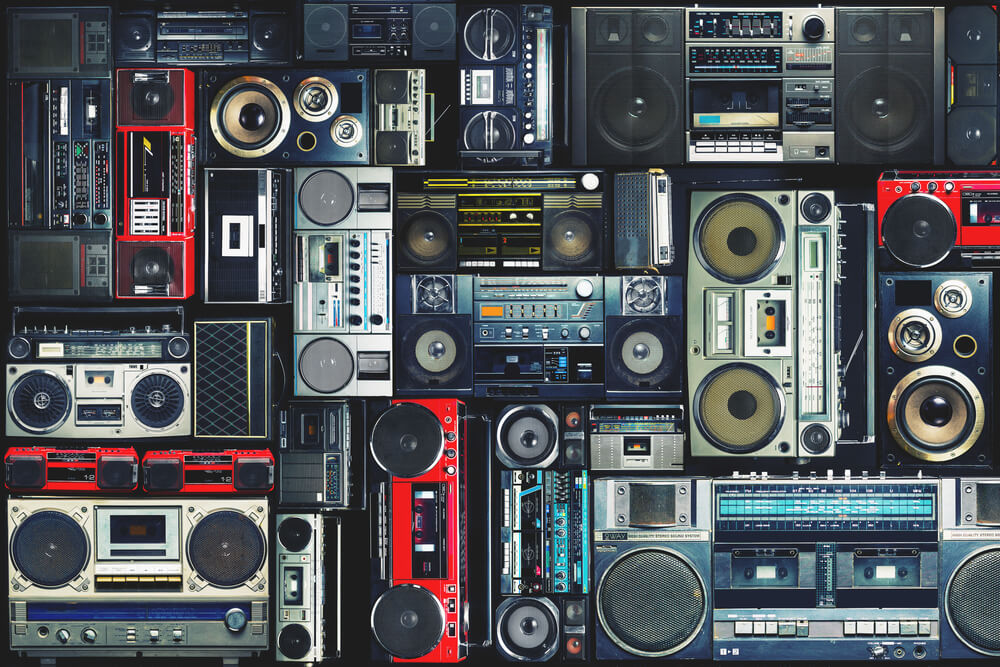 But what Drake says is true. Some rappers are former athletes, while some athletes have ventured into the rap game. But more so, fans see athletes in the mosh pits at concerts, while rappers are sitting courtside rooting for their favorite team. It’s a certain respect that ballers and MCs have for each other, for not only possessing similar lifestyles, but for being competitors in their respective industries.

A common trait in the music industry is rappers who name-drop their favorite athletes on a verse. Sure, winning an NBA championship is a dream that players hope to accomplish, but there could also be a “Mama, I made it!” type of mentality when athletes hear their favorite rapper give them a shout-out.

Dwyane Wade first came into the NBA back in 2003 and since then fans have heard his name placed in songs from the some the biggest MCs. As Wade journeys on through his final NBA season dubbed his “One Last Dance,” let’s look back at some of the most iconic songs to reference the essence of one of the most dynamic guards in NBA history:

Whether a listener is from New York or not, this track is an anthem standout in Hov’s discography. Who doesn’t love a song that reps their hometown? But in this line, Jay Z is seemingly responding to a Jeezy track titled “23, 24,” where Jeezy uses the numbers of LeBron James and Kobe Bryant as a reference to his spending amounts in a coke deal. If Jay Z is claiming he only spent $3K for a kilo, then he’s winning at a lot more than being an ambassador for the state of New York.

“Class back in session, so I upped it a grade / In two years Dwayne Wayne, became Dwyane Wade.”

Kanye West may have a certain appreciation for Wade since the two hail from the same hometown of Chicago. On “The Glory,” West makes a reference to Wade alongside Dwyane Wayne, one of the main characters in the TV sitcom A Different World. Wade even showed appreciation for the TV character so much, that he adorned himself with Wayne's signature glasses at times.

“Back on the Forbes, s**t crazy / I make more than Dwyane Wade baby.”

Towards the end of 2018, Forbes released its annual list of Hip-Hop Cash Kings, Future ranked at No. 9 pulling in $30 million. For the 2018-19 NBA season, Wade signed a one-year deal with Miami Heat with a salary less than $3 million, however, Forbes ranked him as the 6th highest paid NBA player back in 2017 earning over $35 million. Perhaps Future was proud of himself for having a lucrative year.

“You could be Gina and I will be Martin / And you can be Gabrielle and I’ll be Dwyane Wade.”

Fetty Wap brings a song that’s all about relationship goals. Sometimes, people look to TV characters like Martin and Gina or Wade’s marriage to actress Gabrielle Union as a love they hope they can attain.

Being a player for the Miami Heat not only helped solidify Wade’s legacy, but for the entire team franchise. Kodak Black compares himself to Wade as a powerful force to anyone who crosses him.

“If you gone put me on this, you know I number three on this / That’s Dwyane Wade boy you better put some D on this.”

Dom Kennedy has been in the rap game for over a decade, all without a record deal. He knows he can spit bars with the likes of some of the best MCs, so if fans are going to compare him to other rappers, those MCs better bring their best game like guarding Wade.

50 Cent is not only blunt on social media, but also in his music. He knows that women will flock to him, just like they flock to ballers — simply because a nice bank account is very attractive to some people.

“I am Dwyane Wade of recording / You more like Kobe Bryant with no endorsements / That’s like Shaq at the free throw, pointless.”

When Kendrick Lamar used to go by the moniker K.Dot, one of his most promising mixtapes was Training Day. On "Blood Sport (Freestyle)," he makes a number of references to athletes. Kendrick is not afraid to boast about his skills and is certain he’s a star in the making.

Throughout the song, Yung Bleu is telling a story of how he used to dream about being a basketball player since he was a kid. However life happened, and the drug world took over his dreams of being the next Dwyane Wade.

“I ain’t worrying about s**t, everything paid out / You could catch me courtside at Dwyane Wade house.”

Lil Wayne isn’t afraid to stunt on the next person. He’s been in the music game for over two decades and can make his presence known anywhere, such as sitting courtside in Miami to watch Wade put on a show.

“4th quarter for the win / Kobe Bryant with the spin / Clinton Portis on the rims / Dwyane Wade with the bands / Swaggy Dell with the sauce.”

Rapper Ace Hood is a Florida native and he’s dropped the Wade name in a few of his songs. On “4th Quarter,” he gives listeners a sense of his life in the rap game and how the fourth quarter is what matters when playing. He could be like Kobe with a fancy spin move, Wade with a clutch shot, or Dell Curry with his confidence.

Rap legends LL Cool J and Freeway teamed up on this track and according to Freeway, they were a dynamic team. Similar to how Shaquille O’Neal joined Wade in Miami and gave the guard his nickname “Flash.” The teamwork between Shaq and Wade earned Miami Heat its first NBA Finals appearance and championship.

“Open my eyes, yes sir this is what I’m made for / To go hard in the paint like D. Wade or D. Rose, from the streets that we rose.”

Fans can always count on fellow Chicago native Common to give an inspirational message in his music. On "Blue Sky" he stresses about dreaming big even when life can hit with highs and lows. He mentions Wade alongside Derrick Rose about overcoming obstacles and working hard for what you want.

CyHi the Prynce used his "Coretta" ode to talk about another dynamic duo — Dwyane and LeBron. The two joined forces when King James decided to take his talents to South Beach, where the teammates won back-to-back NBA championships.

In 2014, Nicki Minaj was dominating the airwaves and the charts, but with success also comes the haters. Nicki references how people want to be like her, as much as people admire Gabrielle and Dwyane, and she's quick to tell anyone to stay in their lane.

“Tryin' to enjoy myself with Tez in Miami at the game / I just wish he knew how much it really weighed like Dwyane.”

Drake's breakout mixtape So Far Gone dropped in 2009 and one of the project's standouts was "The Calm." He speaks on how life can be stressful and there are times when he feels he has the weight of the world on his shoulders. It wouldn't be classic Drake if he didn't use Wade's name as play on words to speak his mind.

After 16 years in the NBA, Wade has accomplished what many players dream of — a 13x All-Star, NBA Finals MVP, and a 3x NBA champion, all of which proves how he'll always be respected in the league. However, with the embrace from hip-hop, he's managed to be in the conversations of pop culture even more — and that type of respect is priceless.

Mya Singleton a.k.a. Mya Melody is a music writer hailing from the Bay Area. As the current music editor for TSFJ, think of her as the playlist virtuoso or the audio aficionado for sports fans everywhere. Although music is her first love, she occasionally partakes in any argument regarding the NBA. She's a huge Kobe Bryant fan who's still upset Chris Paul never became a Laker. To this day, Hardball is one of the saddest movies she's ever watched, R.I.P. G-Baby! Follow her as she navigates to change the face of music journalism and remember, a wise philosopher once said, "Music gives a soul to the universe, wings to the mind, flight to the imagination and life to everything."