It was back in 2010 when Drake once said, “Damn, I swear sports and music are so synonymous / ‘cuz we want to be them and they want to be us.” As much as fans see Drizzy attending games, there’s no doubt he’s had dreams of being a baller at least once in his life. The same can be said about athletes who want to be rappers. We’ve all seen Russell Westbrook stan at a Kendrick Lamar concert or Stephen Curry hop on stage with Lecrae. However, when athletes proclaim that they can spit bars with some of the best in the game, some fans are a bit leary and think there’s no way any athlete can be as hot in the studio as they are on the court.

But Damian Lillard, a.k.a. Dame D.O.L.L.A. (Different On Levels the Lord Allows) is an exception to the rule.

Back in the ‘90s and 2000s, a number of ballers like Kobe Bryant, Deion Sanders and Tony Parker all tried their hands in the rap game. Even Shaquille O’Neal’s debut album went platinum, but let’s just say that fans aren’t eagerly adding these songs to their Spotify playlists nowadays. However, Lillard’s buzzing rap career is one that keeps people talking. Not only has Dame gained support from fellow athletes, but he’s also received a lot of recognition from musicians.

In 2016, Dame dropped his debut album The Letter O which included heavy features from artists such as Jamie Foxx, Lil Wayne, Juvenile, Raphael Saadiq and more. These big-name artists have been in the music game for decades and it speaks volumes how they choose to a collab with an athlete-turned-rapper. But Dame is more than just that, he’s ready for fans to recognize him as someone who takes his musical craft seriously.

My new album CONFIRMED drops this Friday on all major digital music platforms, including @spotify. It features @liltunechi, @hairweavekiller, @nickgrantmusic, @allstarbozzle, @bjthechicagokid, @versesimmonds, @em_i_see, @brookfieldduece and @dannyfromsobrante. — Why did I name the album CONFIRMED? One of the definitions of confirmed is “fixed in habit and unlikely to change.” I named the album that because there’s always been something said about me spending time in the studio, even though I’ve always shown up and produced for my team every night. I’ve never had issues with stardom. I’m also not new to music. I’ve always created music while playing at every level of basketball. But now this is no longer an experiment. This is my second album. I’m putting out respectable music yearly. I’ve invested in that. I’m settled in. I don’t feel the need to answer questions or address concerns. This is who I am and what I do. #CONFIRMED — Inspiration behind the album cover? I wanted the cover to pay homage to some of my favorite artists. Crown: Biggie Prayer hands: PAC Gold rope and Rolex: @nas Highlighting my chest tattoo: for the art culture and community in Oakland. Shoutout to Olugbenro Ogunsemore (@olugbenro) for the 📸 work and @kampashai for the design work and 📸edit. #DameDOLLA #FrontPageMusic @frontpagehits Distribution partner: @human.re.sources

Dame D.O.L.L.A. released his sophomore album Confirmed in early October, and this time around, he doesn’t have as many big-name features besides a track with Atlanta’s favorite trapper 2 Chainz, and a second collaboration with Lil Wayne. One of the album’s standout tracks is that collabo with Weezy F. Baby – the Scott Storch-produced ‘Run It Up.’ Storch dropped a heavy Oakland vibe on the production, and it’s the perfect ante up track for athletes to add to their playlists. Perhaps the Portland Trail Blazers will use it during player introductions this season, it’s only right!

One theme that stayed consistent between both albums is paying homage to legendary ballers. His debut album opened up with ‘Bill Walton,’ a song in which Dame spits bars on his fame and taking his career to the top. While his latest album features a track properly titled, ‘Marshawn Lynch,’ in which he takes the running back’s famous line “You know why I’m here” to another level about his baller life with the ladies.

Dame doesn’t shy away from storytelling with a number of lines that fans would easily use as Instagram captions. On ‘Trap Party (Funeral),’ he talks about the aftermath of a friend’s life gone too soon:

“Spotted a few of my oldies, find me a seat with my homies
Notice the people that’s hating, they probably just mad that I’m closer to Kobe.”

On ‘One and Only,’ he spits more LL Cool J melodies, a perfect track for the ladies.

“I know you begged me to stay home
‘cuz when it’s time for the season I stay gone
I gotta keep her with something to hang on
Just know I don’t want to leave you like Trey Songz.”

Whether Dame is talking about his love life, growing up in Oakland, dealing with groupies or flexing on his haters, he makes sure to avoid cursing in his music. The two-time All-Star realizes how many young fans follow him and believes in having a positive impact on the future generations. You can’t name too many rappers who release albums without the parental advisory logo, but luckily for Dame fans, more parents would approve of his music.

Confirmed is a sweet blend between Oakland rap and the Atlanta trap sound. If this is your first time listening to a Dame project, you might actually forget you’re listening to Damian Lillard the player, but rather Dame D.O.L.L.A. the rapper. Between the features and solid production, it’s no wonder Dame is highly praised in the music game. Only time will tell if he’s competing for an NBA championship along with some prestigious hip-hop awards. Check out his new album below and let us know what you think!

Damian Lillard Proves His Baller Status in Hip-Hop on ‘Confirmed’ 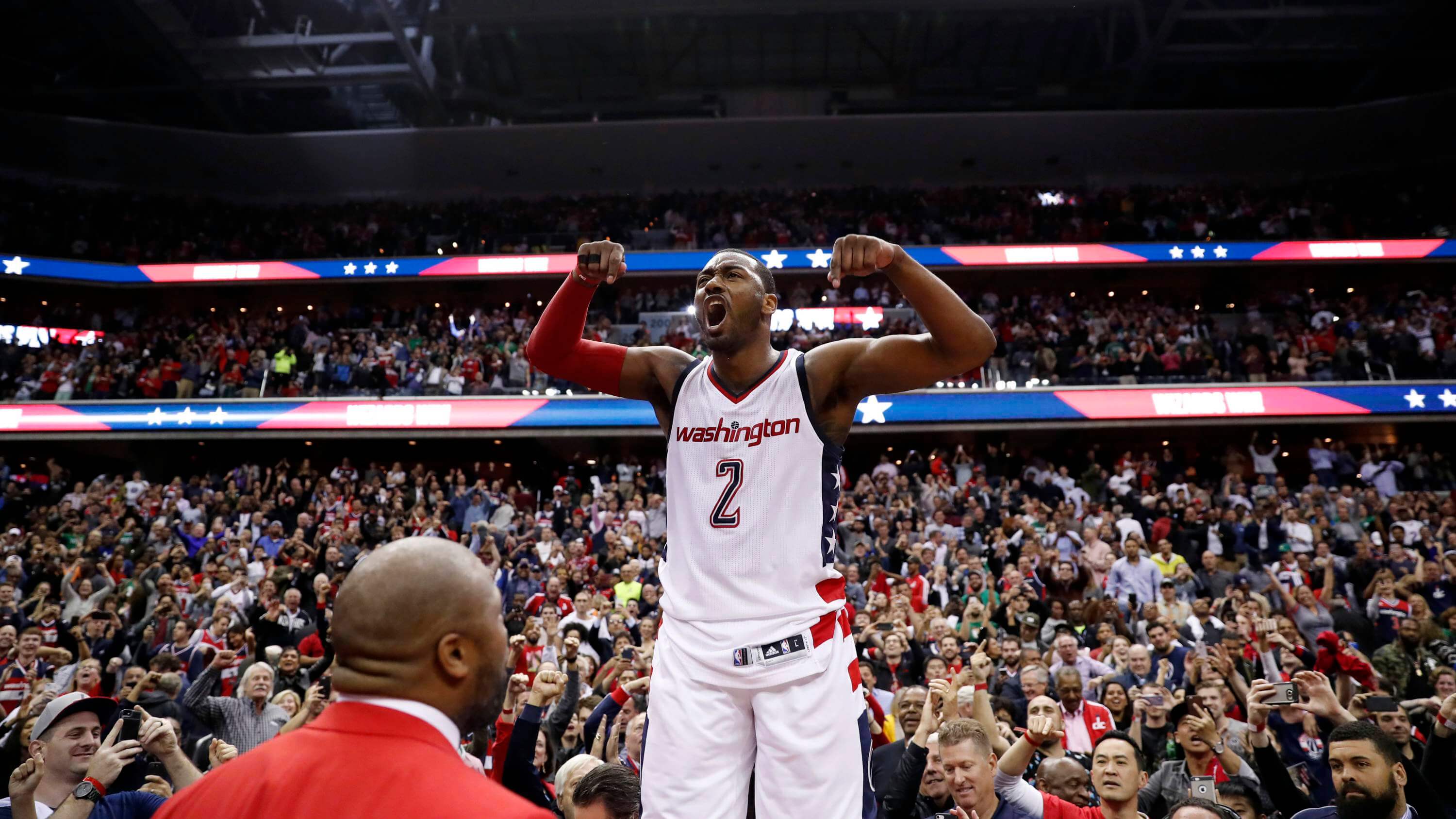 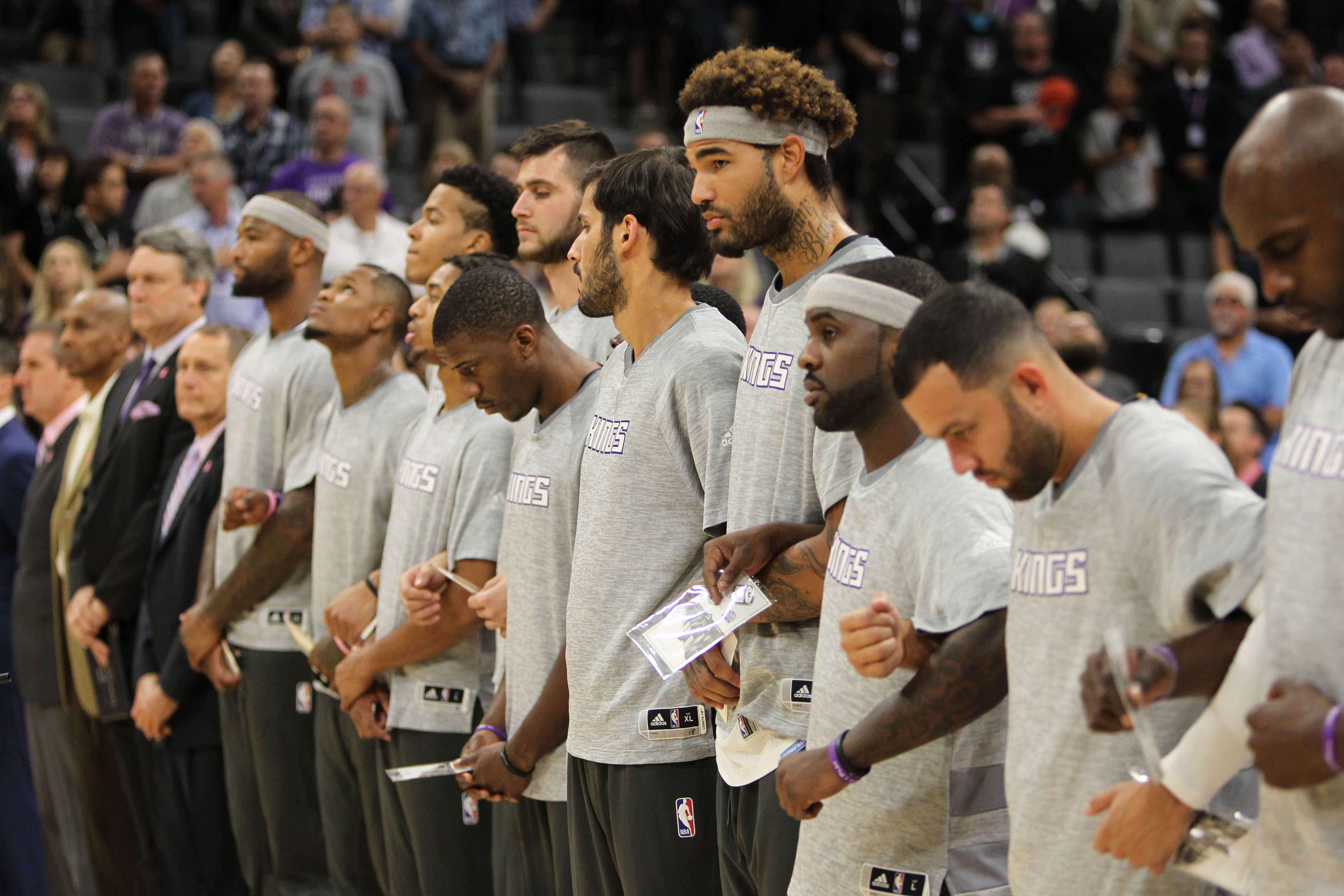 Basketball 2017-18 NBA Journey: The NBA And The Revolution
0