While I disagree with the theory, it makes sense to me that every team in the NFL is looking for the next Sean McVay.

Why not? He’s young. He’s an offensive genius, architect of a scheme that was unstoppable for most of the season. It’s hard to watch the NFC champion Los Angeles Rams and think, “Why can’t my team play like this? Why isn’t my team this fun to watch?” Coaching vacancies generally are borne of lack of success and fan boredom. Owners want to hire a coach who will spark a team, and re-ignite a fan base.

Personally, I think McVay is an unicorn and most of the teams that hired the rest of the members of his group chat will end up regretting their decisions. But one thing is for certain – of the new hires, all but one will need strong defensive coordinators. Owners, for some reason, think the best person to run the team has to be “offensive-minded”.

Inherently, that’s not an issue. The league scored more points and threw for more yards than in recent memory. The issue isn’t even when five minority coaches are fired and “Black Monday” takes on a new meaning. The problem is the pool of replacements.

NFL owners have been flocking to anyone attached to McVay, hoping that someone from his staff could bring a similar energy to their franchise. People joked that if you had lunch with, texted once, or even looked like Sean McVay, you had a better than average shot at a head coaching gig.

While said in jest, there’s truth to most jokes – especially this one. And the truth is, there is no black Sean McVay. At least not the young, bright, offensive-minded coach with a commensurate amount of experience as a college head coach or offensive coordinator (no matter how bad you were, Kliff Kingsbury). This is not due to lack of ability – this is due to lack of opportunity.

As I write this, there are only two minority offensive coordinators in the NFL, Eric Bieniemy and Bryon Leftwich. While head coach Andy Reid is the lead playcaller in Kansas City, Bieniemy, a former running back in the league through the 1990s, was instrumental in the development of the Chiefs’ explosive offense. Leftwich, the former #7 overall pick in the 2003 draft by Jacksonville, was promoted from QB coach in Arizona after Mike McCoy was fired following a 1-6 start. He was let go after Steve Wilks was unceremoniously canned after one year for Kingsbury, and recently was hired by Bruce Arians in Tampa Bay.

If the NFL is truly committed to diversity in the coaching ranks, it must extend the Rooney Rule to include coordinators. Its current inefficiency allows owners the caveat of interviewing viable Black coordinators (Kris Richards of the Dallas Cowboys interviewed for several jobs), to only look at the successful teams in the NFL and believe that the head coach/quarterback relationship is the most important in football, and defensive guys can’t make that connection.

Logically – if there are seven head coaching spots available, and all owners want to fill them with offensive minds – one of them is going to get the 7th-best hire. I understand that rule changes favor offensive football. If I was in charge, I’d hire the best defensive coach I can find, and then poach one of the young offensive minds as a highly paid & highly valued offensive coordinator.

This postseason, only three offenses have scored over 30 points. Defense still matters. Having the best defensive coach available partnering with one of these young offensive wunderkinds seems like a more efficient way to ensure a complete team. It’s worked for the Rams, (shout out to Wade Phillips), but that’s easy for me to say sitting on the couch.

The NFL has been a copycat league since its inception, for better or for worse. It’s evident that NFL owners as a whole have had trouble picking the right person to lead their franchise. There is no Sean McVay clone in our midst, but the desire of finding a carbon copy of the most recent successful coaching hire is as old as the game itself. Whether the NFL changes the rule or not, this practice won’t change. In order to have diversity in head coaches, the league has to give young minorities the opportunity to get these jobs so they can become the “next Sean McVay”.

Going to the offensive side of the ball for your coach may not be the right move, but it also may not be the wrong one either. Only time will tell, especially with this most recent batch of coaches with so little experience. But, any workforce like the NFL that loses approximately 25% of its constituency should have its hiring practices evaluated – and this evaluation should show that without a revamp of the Rooney Rule, the black head coach could become a thing of the past very soon.

The Rooney Rule Must Be Changed 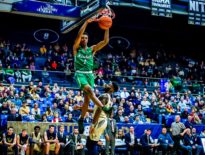 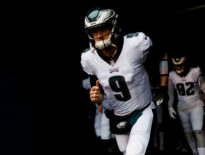 Featured The Upgrade Game: How the NFL’s QB-Deprived Team…
0