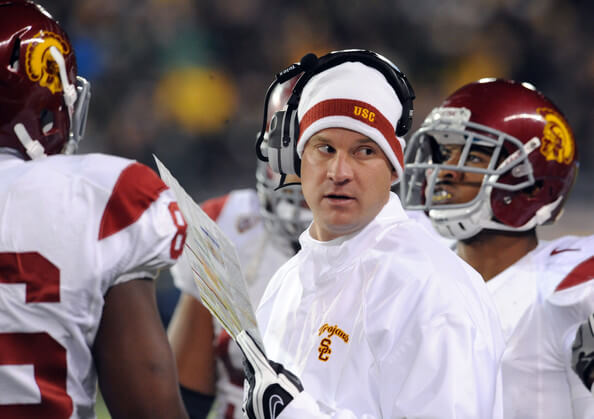 Each year in sports represents something. You know, sort of like how the Chinese calendar has its year of the ox, tiger, rabbit, snake and, everyone's favorite, dragon. Each animal holds some sort of significance, basically dictating how the year will pan out. Sports, in a roundabout manner, is the same way. 2010 introduced the phrase "I'm taking my talents to ..." 2011 was all about lockouts. And at least so far, 2012 is all about the new way to win championships.

John Calipari won his first college basketball national title this year. Long known as arguably this generation's finest recruiter, Cal was just as known for never winning the big one as he was for leaving programs in ruins of paperwork and scandal. His exits from both UMass and Memphis will never sit right with some people. His 2008 national championship loss to Mario Chalmers and Kansas was a black eye on a career that was equal parts accomplished and mafioso. Yet, after assembling the college version of Voltron at Kentucky this past season, Calipari finally got over the hump. He put his entire starting five into the NBA and is now preparing to re-up with another eye-popping class at Kentucky.

Then there's LeBron James. His story is told so much he actually may receive his own chapter in the next installment of Encyclopedia Britannica. His exit from Cleveland became the poster example of how not to handle free agency. Once the most popular player in basketball, LBJ was ripped apart to the extent no athlete before him was. He failed in the Finals in 2011, thus causing the questions about his desire to win to reach code-red terror levels. Then, he actually won a NBA championship the following year and the entire world saw the collective weight lifted off his shoulders.

So, if you're keeping count, that's two villains in the world of sports. Two championships within two months of each other. Coincidence? Possibly so, but if things occur in threes, then maybe this trend of "heels trolling America" continues for one more (un)lucky guy. Ladies and gentlemen, I present to you Lane Kiffin. 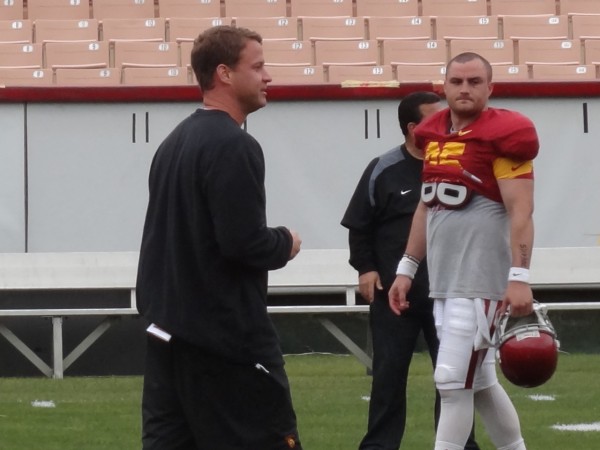 Clearly, winning a championship in 2012 means said person must:

A) Helped turn the entire country against them

B) Become the most hated man in his profession

There was the Oakland Raiders stint which was bombed out and depleted. That eventually brought us to Lane's departure from the University of Tennessee, which was awkward. Like attending the wedding of a friend who's marrying someone you used to have sex with all the time but your friend still doesn't know awkward. All signs pointed to him being fully invested in the Vols, and everything, on the surface, appeared all systems go. That was of course until the Southern Cal job opened up and Kiffin bolted quicker than everyone in the barbershop with Martin when they found out Mad Dog No Good was back in town. So, in that sense, check item A off the list. Kiffin definitely is an asshole in the eyes of most across the country. And it's understandable to think why.

That brings us to point B. College football has its fair share of idiots leading or that have led big-time programs. This drink's for you, Bobby Petrino. For lack of a better argument, we'll just say for a long while (and maybe still today), Kiffin is/was a top three most despised coach in his sport. He didn't deserve a championship because he chased one (which is what everyone does in a sense, but whatever). He left a university, campus and team scrambling to make sense of his departure. Pretty much he did everything outside of getting the governor of Tennessee's wife pregnant and leaving town before she gave birth. Check item B off now.

Here's something obvious. USC is going to be rather amazing to watch this year. Kiffin's got talent everywhere around the ball, and life in South California could potentially be on full bonanza with the recent addition of Steve Nash to the Lakers and soon Dwight Howard (he's going to be a Laker, people, just face it). He's got the luxury of having Matt Barkley at quarterback. And don't be surprised if he becomes the #1 overall pick in next April's NFL Draft, wins the Heisman Trophy and wins a national championship. Also don't be surprised if that feat propels him into groupie heights only Wilt, Magic, Shaq and O.J. have seen in Los Angeles.

Kiffin's got everything laid out for him in a sense. The ultimate spin doctor situation if you will. He was torn apart for his "decision." He's still ripped apart and largely painted as a dickhead. A supremely talented and knowledge dickhead about football, but a dickhead nonetheless. Now he's got that probation stuff off his back and equipped with a team that now has "title or bust" aspirations, much like Calipari's Wildcats and LeBron's Heat. The only thing left for Lane Kiffin now is to go out and make true of this completely asinine formula I created in my head.

And if he does? Well, let's just say America's breadbasket may not be ready to fully accept the Unholy Trinity of Sports when they fully assemble.