That last one is not so easy to prove statistically, but as the great American manual of winning at life figuratively states, supportive parents (extra points for them still being married), a beautiful spouse and two adorable kids doth make “Jack” very successful at being alive. Not long ago, in fact as recently as last year’s NBA Finals matchup against the Cleveland Cavaliers, Steph’s fairy tale setup endeared him to fans more deeply.

What a difference a year makes, though, huh?

Another NBA Finals matchup against the Cavs, a 73-9 regular season, a consecutive and unanimous MVP award, a cover article in Parents Magazine and a forthcoming book written by his wife, Ayesha, later and our collective hearts have nearly hardened on all matters Steph. Questions about his authenticity and humility abound.

If Birdman were asking a question around here, it’d go something like this: Is he faking or is he pretending? Or, better said using a time-honored cliche: If it seems too good to be true, it probably is.

Social media has upped the ante on sports fans’ ability to level the hate. Long gone are the days of folks despising Michael Jordan based mostly on the fact that he was too good and won too much, as ridiculous as that was. Thanks to the perceived intimacy and reality of Snapchat and Instagram, our disdain now, apparently, extends to how in love one might seem, how happy one might be, and how faithful one possibly is to his or her significant other.

Reread that last sentence and consider just how sad it is.

Yes, there is a loud, harsh and incessant criticism of Steph Curry bubbling to the surface because his life seems too perfect. Because he posts pictures and videos of that perfect life on social media accounts that we follow, he is throwing it in our faces, and we don’t like that either.

Except “we” are the real problem here.

“We” saw those photos and coveted the experiences. The more “we” saw, the angrier “we” got when we compared our crappy days at work and our heated arguments about takeout to Steph and Ayesha’s fun evening making a Dubsmash video in their bedroom.

And where there is covetous and comparison, there is bitterness — a bitterness bolstered by the unfortunate revelation of the extent of our own shortcomings and overall average-ness.

Steph isn’t LeBron James. He is not freakishly athletic. He is not big and brooding. He is a normal-sized dude who “skills” the hell out of folks on the court and has worked very hard on a textbook jump shot. His greatness feels at once accessible and not so much so.

It’s been said that the same thing that makes you laugh makes you cry, and what feels attainable about Steph’s game and success on the hardwood is the same thing that makes us feel inadequate. We know we can never be LeBron James, but many of us feel like we could have been Steph if we had the right opportunity — whatever that opportunity looks like. We didn’t, though, and that’s painful to reconcile.

Our reaction to his life off the court has been no different. If Steph and his wife can be happy and in love, so can we, but then sometimes we aren’t and how dare they make us feel bad about it. Or better yet, how dare they pretend to have it all together?

Never mind the fact that you took 30 pictures before you finally got the one right that you posted online, but they’re the real frauds here, huh?

The thing is we have no clue what’s happening in their house, good or bad. But know this, they have every right to spare us the dirtiest details of how hard it is to make their marriage and lifestyle work as we do to spare the world our bad hair days and the side of our face with the huge zit on it. It’s not unreasonable to want to put our best faces forward — figuratively and literally.

The worst thing about this is the hypocrisy of it all. We love winners until they win more than we feel they should. We want examples of strong and happy marriages and families until we decide that there really is no such thing. We set unrealistic standards by which we define both, and then we anxiously await the day when someone will fall short of those expectations.

Even in the absence of concrete proof, humans everywhere will latch on to the first whiff of a hint of an impending letdown that someone tosses our way. Yes, people are waiting to say how they knew all along that Steph was a good player but not really that good, as ridiculous as that feels to type, and that, of course, he’s not the upstanding family man he would have us believe him to be. They are waiting to say they told us so.

Reread that last paragraph and consider just how unbelievably sad it really is.

2 Replies to “A Not-So-Charmed Life: Steph Curry And The Burden Of Perfection”

A Not-So-Charmed Life: Steph Curry And The Burden Of Perfection 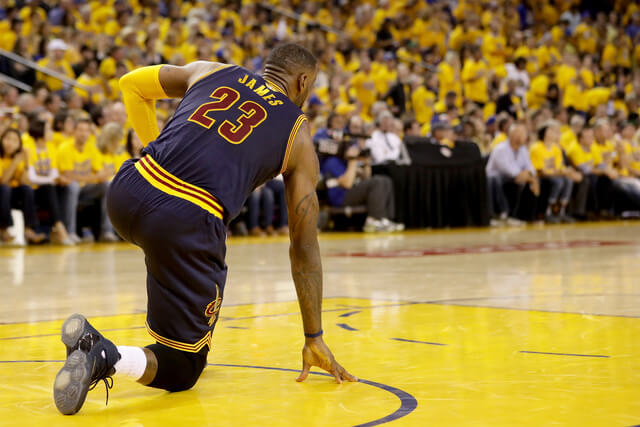 Basketball Will LeBron Go Into ‘God Mode’ In The … 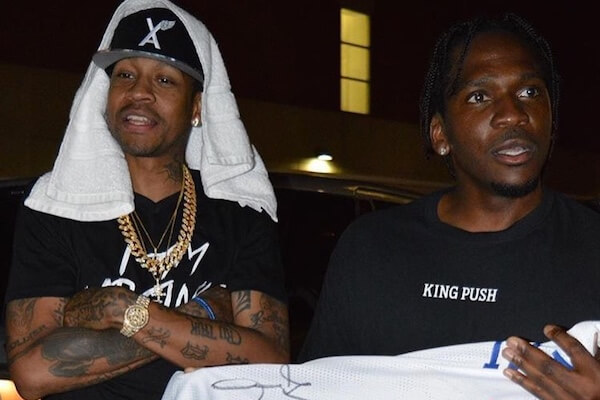