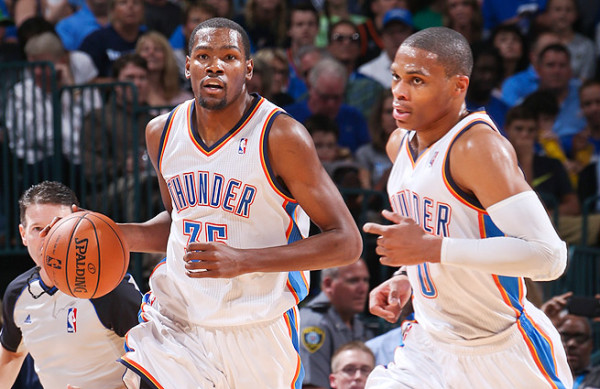 This past weekend, I watched the ESPN 30 for 30 “Bad Boys” for a second time, and it dawned on me that the Oklahoma City Thunder are a lot like the Isiah Thomas-led Detroit Pistons of the 1980s and early ’90s.

The Detroit Pistons select Isiah Thomas second overall out of Indiana University to be the face of the franchise — college basketball’s top star from college basketball’s top team. It’s clear from day one that Isiah is destined to be a star at the highest level. While he struggles with his shooting and the Pistons falter his first two seasons, Thomas improves rapidly and becomes an all-star.

The then-Seattle Supersonics take Kevin Durant second overall out of Texas to be the face of a franchise in flux — college basketball’s most lethal, lean scorer. Much like Isiah, Durant struggles with his shooting as his team struggles in year one and year two, all while relocating from Seattle to Oklahoma City. But just like Thomas, KD shines bright from day one, winning Rookie of the Year and turning himself into an all-star as well. There is no denying he’s bound for superstardom.

In year three, Isiah, teamed with Bill Laimbeer — who was brought in by the Pistons during Isiah’s rookie season — leads the Pistons to his first playoff appearance and tastes his first team NBA success. However, the Pistons lose in the first round to the New York Knicks and learn they still have a ways to go. The following season, Detroit takes another step forward, making the conference semifinals, but there the Pistons get ousted by NBA royalty: Larry Bird and the Boston Celtics.

Sensing that its star needs a running mate, Detroit takes Joe Dumars in the 1985 NBA Draft, and Isiah get his star teammate.

Following a putrid 20-win rookie campaign for Durant, the Thunder draft Russell Westbrook out of UCLA to be KD’s sidekick. The timeline was exacerbated compared to Detroit in the ’80s, but Westbrook and Durant became this generation’s version of Dumars and Isiah. And just like Thomas, in year three Durant leads the Thunder to the playoffs for the first time — and just like Isiah gets ousted in the first round by more NBA royalty in the Los Angeles Lakers.

The following season, with second-year players James Harden and Serge Ibaka breaking out, Durant and the Thunder take not one but two steps forward, reaching the conference finals, where they lose to the eventual NBA champion Dallas Mavericks.

Here is where the timetables shift a bit. In Dumars’ rookie year, the Pistons actually took a step back, losing to the Atlanta Hawks in the first round. That was the wake-up that Detroit needed. Much like the Thunder formed the trio of offensive firepower in Durant, Westbrook and Harden, Detroit needed that third scorer to compliment Isiah and Dumars. Enter two-time scoring champ Adrian Dantley.

With Dantley in the fold, Detroit made it to the Eastern Conference Finals in 1987 — where they lost to the Celtics once again in seven heartbreaking games, capped by the infamous “There’s a steal by Bird” play.

The next season, Isiah and the Bad Boys finally overcame their demons, beating the Celtics to make it to the NBA Finals … where they were thwarted by more NBA royalty, Magic Johnson and the Los Angeles Lakers.

For OKC, their third playoff appearance looked to be a charm. They got revenge on the Mavericks in round one and followed that up by exercising the demons against the Lakers, cruising to the Western Conference Finals to face yet another established team. But OKC had little trouble with the San Antonio Spurs and made it to the Finals — only to be outdone by the Miami Heat as LeBron James took home his first title.

Both teams reach the precipice of the mountaintop, only to be swatted down by the greats in the game, the men who always seemed to overshadow them. For Isiah, he was always playing second fiddle to Magic and Bird, then Michael Jordan. For Durant, he’s been in the shadow of LeBron since the jump. But the two kept pushing and working and improving, working their way up to the top of the food chain. Yet both players found their teams at a crossroads after losing in the Finals.

For Detroit, the frustration boiled over. This was Isiah’s team through and through, and with Dumars cementing himself as a defensive force and Hall of Fame player and the defense of Dennis Rodman and the Bad Boys demanding more time, Adrian Dantley was gumming up the works. So the future Hall of Famer himself was shipped out, setting the stage for an unavoidable shakeup for the team to move forward.

It proved to be the right move, as that very season the Pistons won the first of their back-to-back titles. 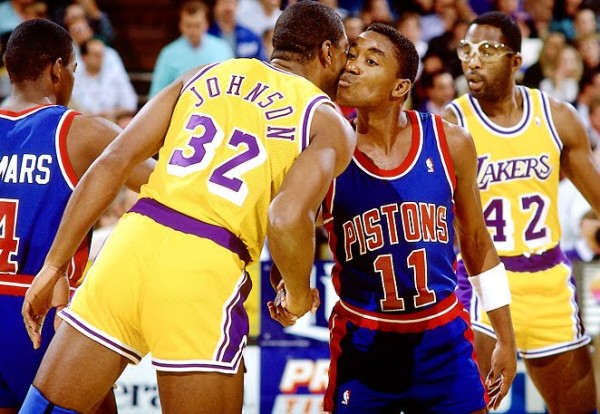 As for the Thunder, following the ouster by the Heat, it was decision time. Durant and Westbrook were the established stars and faces of the franchise, set to remain as the cornerstones. But with Ibaka and Harden ascending to their own success, OKC made the difficult choice to retain Ibaka and let Harden pursue his own starring role.

Unlike Detroit, it didn’t work out as planned the following season, as the Thunder lost to the Memphis Grizzlies in the second round. And it took everything OKC had this season to get by those same Grizzlies in the first round.

But as Kevin Durant has ascended to MVP in the way Isiah climbed the mountaintop, the Thunder find themselves in another battle, this time against the Los Angeles Clippers and their crazy situation. The series sits at 2-2 heading into tonight’s contest, and all eyes will be on Durant just as they were on Isiah back in the day. Oklahoma City looks vulnerable, but then again, so did those Bad Boys teams. Eventually, Detroit got there. We’re still waiting to see if the Thunder can do the same.

But it’s wise to take a look at the journey of Isiah Thomas and the Detroit Pistons before making a proclamation on Kevin Durant and the Thunder one way or the other. It took Isiah eight years to reach the summit. Durant is in year seven as we speak. It’s no easy feat. Hell, it took Jordan and LeBron years of playoff frustration before they could call themselves champions, just like Isiah and much like Durant today.

Championships are not won overnight. Sure, some players may be fortunate enough to get drafted onto a team on the brink of success — the Magics and Tim Duncans of the world. But for most players, there is a natural progression to becoming a champion. It takes growing pains, lessons learned, hard-fought triumphs and even devastating losses before everything comes together. Just look at Isiah and the Bad Boys, or any number of teams for that matter.

The Oklahoma City Thunder may come up short yet again this season. Then again, they may not. But win or lose, the franchise is on the proper path. Durant and Westbrook are the foundation, and they are progressing, taking their lumps and learning their lessons, finding out what it really takes to become a champion.

3 Replies to “Kevin Durant, The Oklahoma City Thunder And The Natural Progression Of A Champion”

Kevin Durant, The Oklahoma City Thunder And The Natural Progression Of A Champion 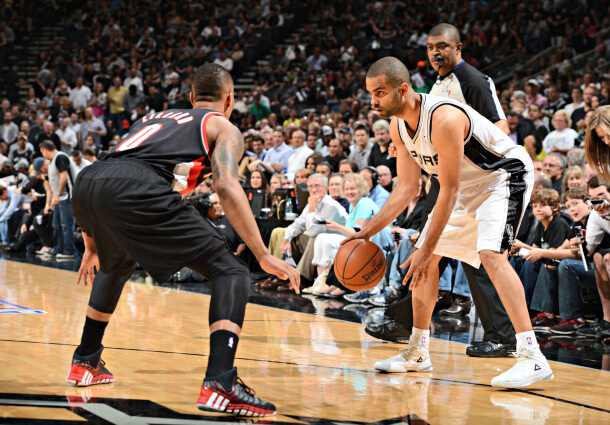 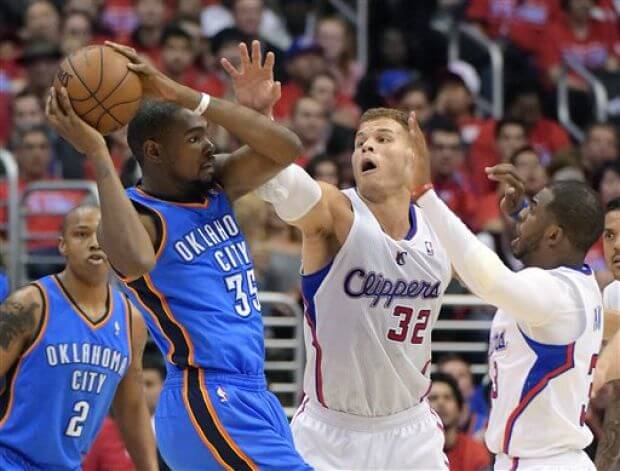 Basketball The 300: Oklahoma City Struggles To Solve The Ever…
3