The 2018-19 NCAA college basketball season began this week. From now until April, we’ll be following along, closely watching. But instead of just box scores and highlights, we’re going to profile a player from each class, plus one additional story. With TSFJ and the help from Josh Naso, we present to you The Sports Fan Journal’s Box And One.

In The Zone: The Washington, DC area has been a place from where lots of talented basketball players come. From Elgin Baylor and Dave Bing to Kevin Durant and Quinn Cook, the nation’s capital and its surrounding suburbs have produced some of basketball’s best.

Like with any other place, there are local DC players who may not have achieved the same pro success but are still memorable in their own way. In DC, Patrick “Pat The Roc” Robinson has started the Pat The Roc Basketball Skills Academy in nearby Rockville, Maryland. The mission, as Robinson himself states, is, “Changing lives one bounce at a time.” He focuses on a youth-based program, but he has also worked with Division I players such as Pitt freshman Xavier Johnson. He’s even credited with working with the WNBA’s Skylar Diggins-Smith, Tyreke Evans of the Indiana Pacers, Michael Beasley of the Los Angeles Lakers and former NBA All-Star Gilbert Arenas.

Robinson earned a scholarship to the University of Cincinnati in 2001, back when the school boasted one of the best programs in the country. He left to attempt to join the Harlem Globetrotters, becoming their youngest member at 19 years old. After being cut, he traveled the world playing basketball, even joining the And1 Tour that was popular in the mid 2000s. So while he didn’t achieve his basketball goals the exact way he may have envisioned, he lived by he motto, “Anything Is Possible.”

The Pat The Roc Basketball Skills Academy had its Rockville location facility built in 2014. In four years, Robinson and co-founder Thomas Doyle, Esq. have built a wonderful and safe environment for kids and adults of all ages to improve their skills and share in a fun experience. The holiday camp is registering now, and the camp even has deals on Groupon to make payment easier. I am happy to see players give back to the places they were born and raised. I hope that trend continues.

In another stellar class for Head Coach John Calipari, it appears guard Keldon Johnson is the one with the most pro potential. Johnson has the foundation to be a quality wing in the Association. He’s 6’6″ and already showing great shooting touch from 3. He shots 54% from the field and 43% from behind the arc. He also seems to be able to score within offensive sets. A good number of his points come off teammates’ passes, but he can still create for himself. If Kentucky is going to mature into the team they hope to be in March, Johnson may need to be turned loose and allowed more opportunities in the offense.

Alexander-Walker has emerged as one of the best sophomores in the country, leading the way for the 13th ranked Hokies. He is averaging 18.5 points, 4.3 rebounds, and 3.8 assists per game as Virginia Tech is off to a 10-1 start.

What’s most remarkable about Alexander-Walker is his across the board improvement form his freshman campaign. In just six more minutes per game, he has increased his scoring by 7.8 points per game and has more than doubled his assists. His field goal percentage has risen by nearly 12 percentage points while his 3-point shooting has improved by over seven percentage points. A big reason for the progress is improved decision making and the resulting jump in efficiency.

It’s very difficult for smaller players to shoot well from the field because they usually have to take a great number of their field goal attempts from distance and their shots closer to the basket are usually contested by bigger defenders.

St. John’s guard Shamorie Ponds has figured out how to shoot over 53 percent from the field at 6’1″. Ponds has upped his efficiency in his junior season, going from 18 shots a game to 13. Left-handed players are always labeled as crafty, but that fits Ponds perfectly. He dribbles as if he has magnets on his fingertips, and with a better shot selection, Ponds can have big games like his 26 points against Princeton and his 35 against Georgia Tech.

The University of California at Berkeley isn’t going to be high on anyone’s list of powerhouse programs in women’s college basketball. But the Lady Bears has one of the country’s best players in Kristine Anigwe. The senior is fifth in the nation in scoring at 23.6 points and first in rebounding at 13.7. Anigwe is impossible to guard. She displays an array of post moves once she establishes position. Her size and strength allow her to be a presence on defense and claim any rebound as hers whenever she chooses. Anigwe will take home some end of the year awards.

The University of Buffalo have a ranked men’s basketball program. The undefeated 14th ranked Bulls are holding opponents to 67 points per game, and with a showdown against Markus Howard and 20th ranked Marquette Friday, this appears to be their only true test on the season. The Bulls are led by senior guard CJ Massinburg at 17 points and 7 rebounds a game, with forwards Jeremy Harris and Nick Perkins add 13 points each. I don’t know if this team can make a deep run in the Tournament, but they will be a tough opponent for anyone come March.

That’s six weeks in the books. Enjoy the rest of the college basketball season.

TSFJ’s Box And One, Week Six: Passing The Rock

by Johnathan Tillman time to read: 3 min
Basketball Offense vs. Defense: Which Is The Better Predictor… 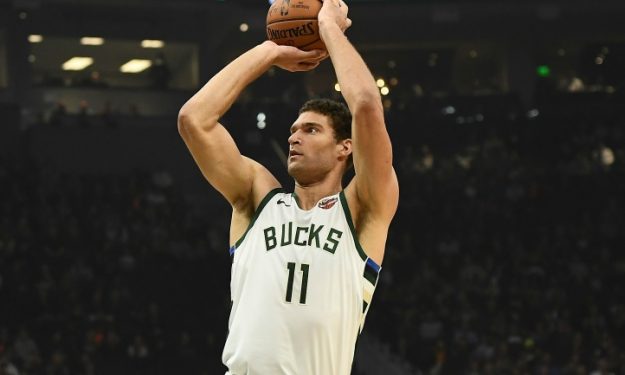 Basketball Back To The NBA Journey, Week Nine: The Skill Tree…
0