Song of The Week: Batman: Arkham City OST – “Bring Her Back To Me”

The boss battle has been a staple of video games since their inception. From classic mega-antagonists like Bowser and Dr. Robotnik to more modern villains like the Greek Pantheon in God of War 3, these particular fights are vital to the gaming experience.

They symbolize a lot of things. Players know the end of the level has arrived. The boss is usually themed around the tone of the level–like when an aquatic monster is at the end of the underwater area. Most importantly, boss battles test the skills players have acquired throughout the game, forcing players to understand and apply them to achieve victory.

Few video game boss battles convey the importance of adaptability like the Mr. Freeze fight in Batman: Arkham City. During the main campaign, Batman is forced to sell out the doctor after being interred with a terminal virus. Freeze, who’s been trying to cure his wife of her own disease, gives an ultimatum to The Dark Knight to enlist help. Once Batman returns, Freeze is reluctant to give up the cure. This results in a boss fight. The key to victory is that the same method of takedown will not work twice on Freeze. So players have to use the many resources given to them throughout the game in order to succeed. It’s brilliantly designed and gives players the power of choice and the feeling of getting better at the game.

Adaptability is a skill all superstar players share. Yes, players are better at some things than others. But just as in life, growth is important. No one can stay stagnant, lest be surpassed by everyone still growing.

Ever since being drafted 2nd overall in 2016by the Lakers, New Orleans Pelicans wingman Brandon Ingram has had loads of potential. By every measure, he had been more than a solid player his first three years in LA, flashing brilliance alongside the pains of youthful trial and error. He’s always been capable of getting to the basket and seems to have a couple spots in the midrange he likes to use. But one major improvement has pushed Ingram from fledgling to possible first-time All-Star: he’s become as really good three-point shooter.

During his time in Los Angeles, Ingram shot just 32.0 percent from three, only taking two stepped a game. In New Orleans, he’s north of 40 percent on 6 attempts a game. This has jumped his points per game average to 25.3 as of January 9th, top 10 in the NBA.

It’s no secret that today’s NBA includes more threes across the board. Seventeen of the top 20 seasons with the most threes attempted by an individual player are from 2015-2019. The game is played further out, with the space beyond the three-point now being more than just a place where offense is initiated. Brandon Ingram has elements of throwback in his game. He likes to curl into midrange areas. He takes his time to walk into a jumper if he hasn’t decided to go all the way to the basket. At 22, Ingram understands that there are plenty of areas to be deadly from other than the paint and behind the arc. But the three is important. And for Ingram, shooting well from distance is vital to the rest of his offensive attack. Now, there’s no safe place he can be guarded, and it shows in the almost eight-point jump in his scoring average.

By adding a third level of proficiency to his ability to score, he’s unlocked all that offensive potential people saw in him. He could have had a long career by staying the same kind of player. But growth and the continuous pursuit of growth while maintaining individuality is what makes greatness attainable. Hopefully Ingram is given an All-Star nod and it’s one of many to come.

Return to the NBA Journey, Week Eleven: The Skill of Adaptability 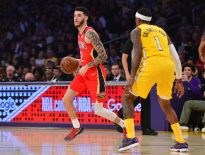 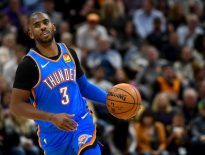 Basketball Return to the NBA Journey, Week Ten: Remnant From …
0