Song of The Week: A Link To The Past Soundtrack – “Master Sword”

Players change teams. This is especially true in the NBA this decade, as multiple superstars have moved to another franchise by either trade it free agency. Sometimes, the split between the player and former team is amicable. Other times, the player grows unhappy and tries to force his way to someplace else. And because every team plays every other team at least once, that return game is filled with emotions. Fans, players and everyone involved carry some feeling about that player returning to the arena he once called home.

The Los Angeles Clippers have gone through this once this week with Paul George returning to Indiana to save the Pacers. After seven years with that team, George’s desire for departure was public, leaving a sour taste in fans’ mouths. After being traded to Oklahoma City in 2017, he was booed soundly in his initial game back in Indiana. Two seasons later, with George now a Clipper, that feeling hasn’t changed. It seemed to bother George, alluding in a postgame interview that he isn’t the one Pacers fans should be upset with in regards to him leaving Indiana. Regardless of who’s responsible for him leaving, the fans seem intent on booing him as long as he’s in the NBA.

Last night, Kawhi Leonard faced the Toronto Raptors for the first time. He received a ring for leading them to a championship last season. While it’s documented he rarely shows emotion, emotions were stirring before, during and after the game. But it is a different situation from George. Leonard didn’t express displeasure with Toronto. He didn’t demand his way out after being traded there from San Antonio before the start of last season. He just played for the team, performed to his All-NBA level and made a decision which best suited him and his family.

Board Man got his ring pic.twitter.com/NzUZgLM886

It’s very easy to scold fans for not showing gratitude for players who put their bodies on the one for their favorite teams. There’s an entitlement some possess based on salaries and the gifts associated with being a pro athlete. But beneath that lies a level of hurt that’s common: someone thought to stay decided to leave. Of course, there are vile examples — like when LeBron first came back to Cleveland in 2010 — where fans cross the line. But booing is a part of the game. And booing a player who openly shunned a team makes sense for those who care enough to have an emotion about it. There is a tie that forever bonds that player and team, especially as a superstar.

Kawhi’s return didn’t seem to carry that same sentiment. That may be tied to the perception of Canadians being generally nicer. But there is nothing to bash him about his departure. He brought the Raptors their first championship and then decided to play close to home. The gratitude shown by the Raptors faithful was deep and meaningful. Last night, and for one final night, he and the city of Toronto toasted that championship run together.

One Reply to “Return to the NBA Journey, Week Seven: A Link To The Past”

Return to the NBA Journey, Week Seven: A Link To The Past 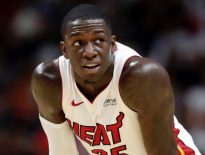 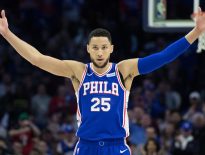