What good is a series if it’s not a trilogy? For the third time, The Sports Fan Journal heads on the NBA Journey. For the first two years, we had a level of surety as to where our destination would be. The first year, we were correct. The second, we were correct in location, but not in victor, as the Toronto Raptors won the title last year. Now, the NBA springs anew and for the first time in a while, we’re not totally sure where our destination lies. This allows for a current kind of exploration. Let’s continue with our first installment after a week of games.

One of the most difficult parts of team sports comes with a superstar player leading a below-average supporting cast and attempting to win. No matter how great an individual is, teams are not meant to be constructed in a way that places more of a burden on that person than necessary. Yes, with great power comes great responsibility. But in team sports, everyone has a responsibility. Those teams whose players carry those duties out well end up competing for championships. Superstar players make other players’ jobs easier, but quality teammates optimize that superstar’s surroundings and allows them to be great and efficient.

Stephen Curry has been blessed with a most favorable environment for the latter half of this decade: All-Star teammates who fulfill their specific roles expertly, youth on the side of the Warriors’ best players, savvy veterans and a progressive-thinking head coach. These are a few of the factors that allowed Curry to showcase the results of his hard work in shedding the label of being injury-prone and blossoming into a revolutionary hooper. Steph Curry changed basketball for the better and has enjoyed championship success that was in jeopardy at the beginning of his career.

Spacing is a huge facet of basketball, especially for a guard like Curry who needs space created for him to be effective. Yes, he is a wizard with the ball and dances with it like a descendant of the Nicholas Brothers. But he’s more effective as a player running around and using the screens and movement designed to free him. In the five-year Finals run, having Klay Thompson and later, Kevin Durant, split the attention of the defense and made it extremely difficult to cover everyone on the floor. As the team has to discover its best combination of skills and strategies, enemies are still coming. The games have to be played, prepared or not. Before, the Warriors had all the answers for every enemy. That allowed Curry to ascend and win three times over.

This season looks to be a little different. Gone are Durant and Thompson – to Brooklyn and the injured list, respectively. The Warriors traded for All-Star point guard D’Angelo Russell, and Draymond Green is still the fulcrum he naturally is. But for the first week of the season, Curry’s situation is more than uncomfortable. New players means learning and tweaking an offense he knows so well. Less talented teammates means less space for Curry to shoot comfortably. He’s seeing more blitzing double teams. He’s having to give up the ball when trapped and those players aren’t good enough on offense to keep opposing defenses honest.

And perhaps the biggest change is that the Warriors are an awful defensive team. In the two games prior to writing this post, the team gave up 261 points. Opponents are getting uncontested drives to the basket and wide open looks from distance. It appears like Steph is alone in an NBA world where everyone views the Warriors as wounded.

The survival horror genre of video games has become a staple of consoles and computers. Pioneered by 1996’s Resident Evil, leaving main characters in an infested area with nothing but weapons and whatever they can find is an experience lots of gamers enjoy. Left 4 Dead is one series that has emerged as one of the genre’s best. The first installment was released in 2008 with the second following in the next year. Cooperative play is encouraged, as players are dropped into a world where a pandemic left most of civilization infected with a virus. Players have to use weapons and healing items to fight their way through to the end of the game. Conquering this nightmare of a game is difficult, and many losses and game over screens will be in the futures of even knowledgeable gamers, because trial and error is how nearly anything gets refined and made better.

This could potentially be Steph Curry’s most difficult healthy season. But, because he is at the height of his powers, he may have the tools necessary to overcome these odds. Instead of overreacting, like was discussed on up-and-coming hoops culture podcast Tampering SZN, just take what we have seen so far with Steph and the Warriors as a growing concern that may or may not be corrected. One mission or level does not a video game make, nor does one week make an entire season. Curry has overcome major obstacles once. Let’s allow this better version of him a chance to do it again. The journey has just started.

That’s the first week in the books. Happy NBA, folks.

Return to the NBA Journey, Week One: Left 4 Dead 2 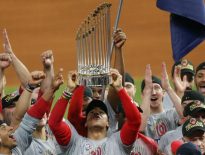 Baseball Preserving The Memory: How Nationals Fans Can Cele… 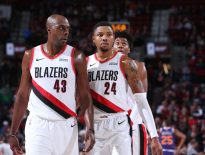